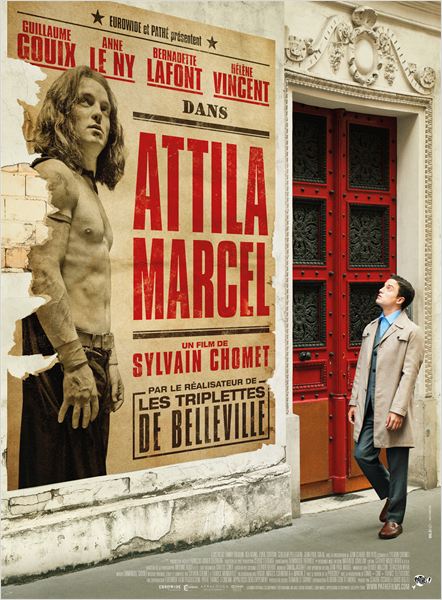 A world of French wonder

The world of Chomet’s film is strange and magical, a version of Paris straight from a rather bizarre storybook.

Comparisons have been made with Gondry and Jeunet, and if you enjoyed the oddness of films like City of the Lost Children or Amèlie then you will find this film a delight. 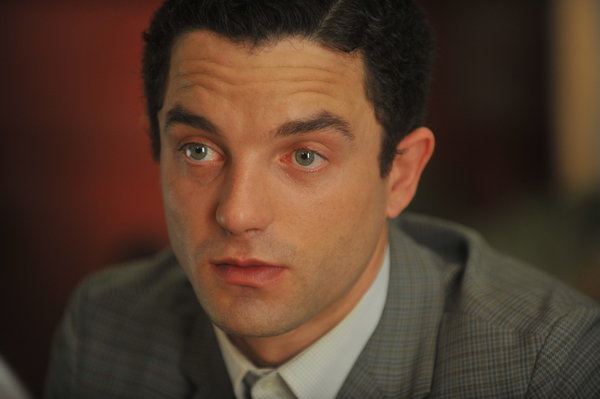 Paul is in his thirties, and a gifted pianist. His traumatic infancy has resulted in an inability to talk, but there is plenty of dialogue from the parade of unusual characters. My favourite was M. Coelho, the piano tuner who will tune anything if he gets the chance.

Very little is in this film by chance, and even incidental items have their moment in the story.

Gouix and Le Ny a delight 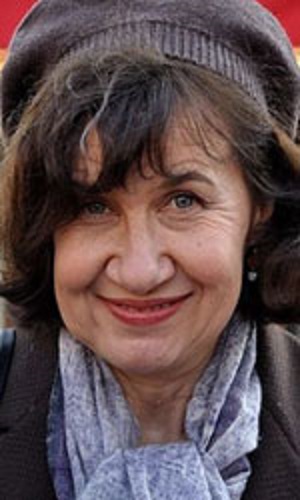 Guillaume Gouix stars as Paul, as well as his father Attila, and the two performances are, by necessity, very different. The charm and gentleness that infuses the whole film can be directly attributed to the character of Paul, as played by Gouix (pronunciation guide here).

Anne Le Ny is Mme Proust, a wise and odd neighbour, who helps Paul explore the recesses of his tragedy-filled memory.

Le Ny is an accomplished actor, writer and director (Cornouaille, 2012 and On a failli être amies, 2014) who many would have seen in `The Intouchables` (2011) as Yvonne, assistant to wheelchair-bound Philippe.

In Attila Marcel, she plays a lot older than her 44 years, and does it with aplomb. It would be remiss of me to not mention Mme Proust’s beautiful Newfoundland dog, Mimi, who makes her own comedy simply by being present in scenes.

Subtitles that make you think

Subtitles are by Ian Burley, and they make for easy reading. I did wonder about the translation of a written note at one point, but will leave this to my fellow francophones to debate.

It must have been a fun – but complex – film to translate. How often does one get to translate ‘A pianist is a pyromaniac of the soul’ in one’s career?

A soundtrack of beauty

The music in this film is gorgeous – piano melodies and gentle ukulele music from Frank Monbaylet and Sylvain Chomet himself that waft along, and of course, the not-quite-right Lakmé Flower Duet so beloved of Paul’s aunts. Click here to find out how it ‘should’ sound, for those who really want to know!

A memory-box of a film

Attila Marcel is one of those films you might have to watch twice to really get. The layers and layers of story unpack themselves slowly in your mind afterwards, and the laughs are visual as much as they are story-driven. Luckily, it’s a very enjoyable way to spend 106 minutes, as this review seems to prove.

And you? Have you seen this film? If so, what did you think? Share your comments with us below…