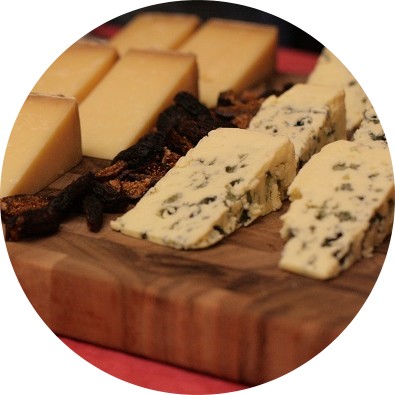 French cheese has to be one of my favourite things in the world. Whether it’s an oozy Camembert or a crumbly Chèvre, I cannot resist.

From my time in France, I remember the great uproar of French cheese-makers everywhere when the EU tried to enforce the use of pasteurised milk in all dairy products.

Madeleine Vedel from Real Milk explains: “Over the last 20 years, the French cheese-makers have gone to battle to defend their right to produce raw milk cheese, facing the opposition which has spread fear of this traditional product through advertisements, televised reports and newspaper articles—often inspired by the anti-raw milk stance of the U.S. Food and Drug Administration.”

While I was in France there were countless strikes protesting these changes – of course, it’s France after all. But I was just a 16-year old australienne with limited knowledge on the whole fromage topic. All I knew was I liked cheese but hated Roquefort.

Funnily enough the same debate still exists. Can you believe in the United States it is illegal to sell raw milk cheese if it is less than 60 days old? So what’s the big deal? Are the French being snobby or is the rest of the world being too cautious? I decided to get to the bottom of this cheesy debate once and for all… 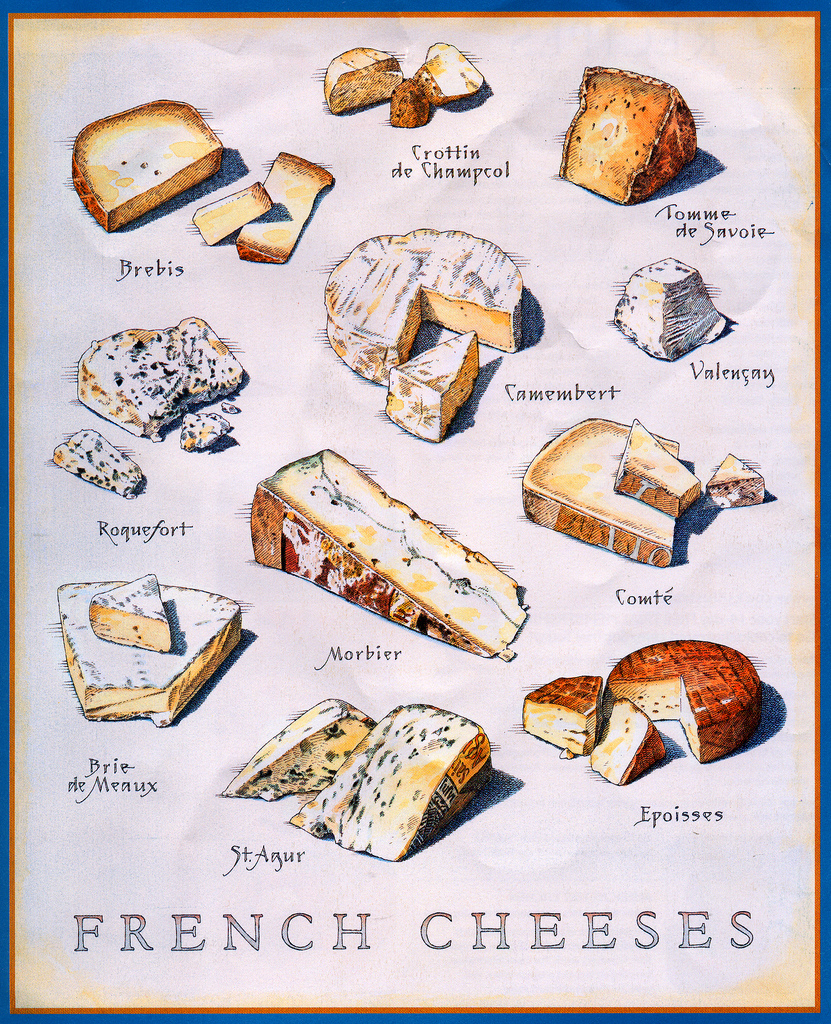 Ironically, it was French scientist Louis Pasteur who invented pasteurisation in 1864. There are two types of pasteurisation; HTST (high temperature, short time) and UHT (ultra high temperature). In HTST, the milk is heated to 71.7 °C/161 °F for 15-20 seconds. UHT involves heating the milk to 138 °C/250 °F for a split second.

Jamie Forrest from CurdNerd says the UHT process actually cooks the milk, “rendering it unsuitable for cheese-making. It is a widely used technique, however, since it drastically extends the shelf [life] of the milk.”

Unpasteurised or raw milk is the perfect breeding ground for bacteria that cause Listeria, E. coli and Salmonella. Because of this, “pasteurisation has historically made milk (and dairy in general) much safer,” says Jamie Forrest.

According to Forrest there is, however, a flipside to this process. “There are also micro-organisms living in milk that are beneficial to human health and also to the process of cheese-making, and these are also decimated by pasteurisation.”

What do the experts say? 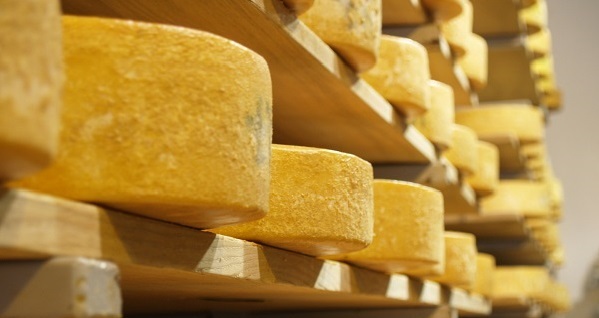 There are various opinions on the matter, and the U.S. Food and Drug Administration believe raw-milk and most of its by-products are unsafe for human consumption. The FDA published a report on their website entitled ‘The Dangers of Raw Milk’, exposing the health risks of unpasteurised milk. “According to the Centers for Disease Control and Prevention, more than 800 people in the United States have gotten sick from drinking raw milk or eating cheese made from raw milk since 1998,” the article states.

In an article for Serious Eats Jamie Forrest explains the dangers. “Milk can contain some seriously dangerous bacteria, including Listeria, E. coli, Staphylococcus aureus and Salmonella. Before pasteurisation became the norm, raw milk consumption was linked with even more serious diseases like typhoid, scarlet fever, and tuberculosis.” The FDA also says that, “research shows no meaningful difference in the nutritional values of pasteurised and unpasteurised milk.”

While pasteurisation kills harmful organisms and bacteria that are responsible for diseases such as listeriosis (Listeria), typhoid fever, tuberculosis, diphtheria, and brucellosis, many would suggest it is not as suitable for cheese making.

Cultures for Health say choosing the right milk for your fromage is essential. They explain that pasteurised milk can be prepared a number of ways, and this can affect its cheese making potential. “Your milk may or may not have been pasteurised at a high temperature. If it was heated past 165°F (73.8°C), the proteins are denatured (cooked) and won’t make good cheese. Your curds will be very soft and may not hold together.” 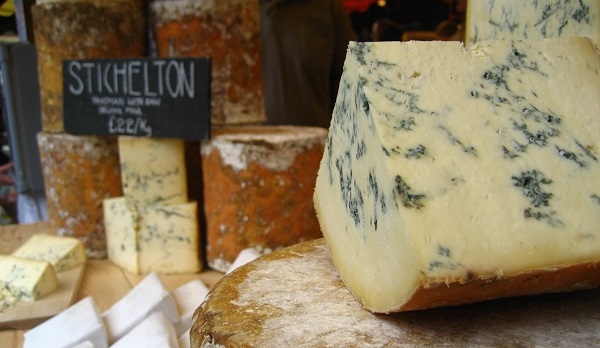 Jamie Forrest also says the process poses other issues. “Proponents of raw milk cheese argue that the beneficial micro-organisms in the milk contribute unique flavours to the cheese, while the cheese-making process itself serves to limit the number of harmful micro-organisms if done under sanitary conditions.”

Jennifer Meier of About.com agrees. “Pasteurisation can also kill good bacteria, the type that creates the nuances of flavour in cheese,” she says. The difference in the flavour of raw milk cheese is significant, and while it may carry risks, if the milk is sourced from clean and healthy animals that risk is minimal. Pasteurisation can sometimes lead milk producers to relax their standards – using milk from unsanitary animals and farms.

“The French love their cheese almost more than life itself. It begs the question: How have they survived this long if raw milk cheese is so dangerous?”

Interestingly, Partick from The Kitchn points out that pasteurisation doesn’t always stop the spread of disease and bacteria. “Listeria can not only survive in temperatures up to 150 degrees (and the minimum temperature for pasteurisation is 145), but milk can be contaminated after the pasteurisation process.” “In addition, Listeria is not limited to cheese. In fact, raw vegetables, fish and even cooked poultry have been known to possess this bacteria,” he explains.

With this in mind, the FDA enforce a 60-day waiting period. As Jennifer Meier explains, “after 60 days, the acids and salts in raw milk cheese naturally protect against listeria, salmonella, and E. coli.”

Cheese is no new thing. Arguably, the French love their cheese almost more than life itself. It begs the question: How have they survived this long if raw milk cheese is so dangerous?

“Certain cheeses are less risky than others: semi-firm and firm, aged cheeses like the blues, Swiss, cheddars, and most Italian cheeses are considered safer than soft cheeses like ricotta, Brie, Camembert,” explains Jamie Forrest.

Yet Brie, Camembert and Reblochon have been eaten to excess in France for centuries.

As Patrick of The Kitchn explains, outbreaks of bacterial diseases are rare. “In a country like France, where raw milk cheeses are the norm, the last serious outbreak [of Listeriosis] reported by the World Health Organization was in 2000, when seven people died (and that outbreak wasn’t even caused by raw milk cheese),” he says. “Considering how much raw milk Brie and Camembert the country consumes, these are pretty slim odds,” he continues. 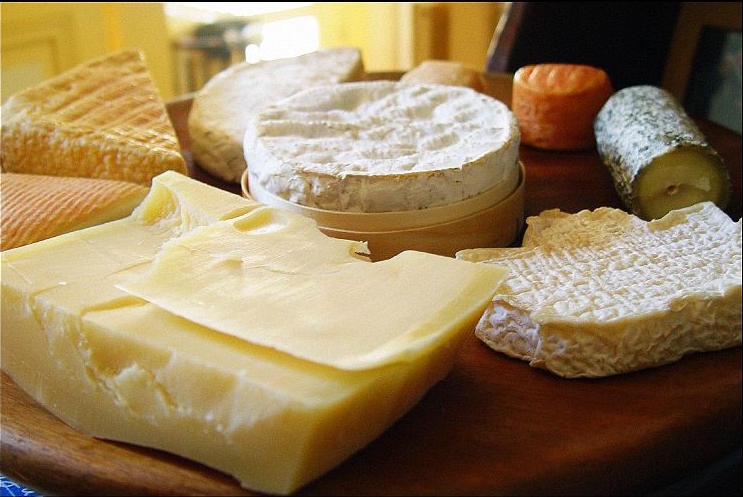 When it comes down to deciding whether or not it’s safe to eat raw milk cheese, you can only decide for yourself. The FDA and other food authorities around the world suggest avoiding raw milk products all together during pregnancy. This is because listeria is known to cause stillbirth or miscarriage.

While raw milk cheese has a richer flavour and can contain beneficial bacteria, there are risks if the cheese is not prepared in a clean environment using fresh milk. All this aside, I survived a year eating raw milk cheese, and I’d do it again in a heartbeat.

What’s your opinion on pasteurised cheese? The conversation is missing your voice! Jump in the comments box below.

Image credits
1. Benton Bros. cheese, by Jules Morgan on Flickr
2. French cheese, by Zeetz Jones on Flickr
3. Raclette in the cheese cave, by Andrew McFarlane on Flickr
4. Stichelton, by Jeremy Keith
5. Paris market, by Daderot via Wikimedia
6. Delicious cheese, by pixeltoo via Wikimedia