The secret to being French: are we getting closer? 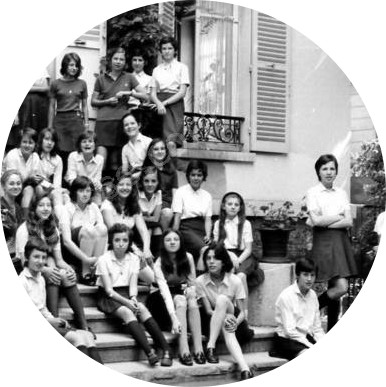 When my mother was 16, her parents sent her to a convent in Brittany. She didn’t know a word of French.

She recalls how difficult it was to be a foreigner and how out of place she felt in France. It got even worse when she moved to Paris two years later to attend Notre-Dame des Oiseaux, a private school with mostly privileged girls in the 16th arrondissement.

She explains how she felt out of place, surrounded by all of these girls who were so well dressed, so “bon chic bon genre”. They wore pearl necklaces and went to ‘rallyes’ – mundane dancing parties attended by only a certain category of youngsters. She wanted to be like them, but more so she wanted to be one of them.

It turns out that after 40 years of having lived in Paris, she now perfectly embodies the idealized image we have of the French: a chic, elegant and slim businesswoman. And she’s perhaps even more elegant, chic and stylish than the average French woman, but that’s not the point.

The question is: why can’t every expat or Francophile feel like her? Well, it turns out we might just be trying too hard.

Separating the French myth from reality

The plethora of books and magazine articles depicting these women as creatures close to perfection make it difficult for us not to be influenced. We know this image is more a myth than a reality, but we do still believe some truth lies in all of this. And we are right – there is indeed something special about French women in the way they look and in the way they act.’

However, it’s time to set the record straight about how perfect they might be. It’s also time to stop thinking it’s impossible to immerse ourselves in their culture. 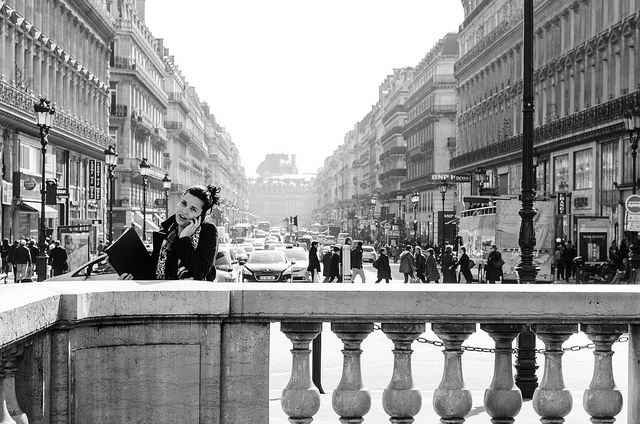 For a start, not all French women have a beautiful figure, are elegant or have an innate sense of style. The inimitable French fashion blogger Garance Doré is perhaps one of the best incarnations of the French woman: she’s pretty, elegant and stylish. Yet, she also makes a point of saying she is not perfect. And what’s true about her mostly applies to French women in general.

So what is so special about them then? What is that ‘je ne sais quoi’ that we find so difficult to grasp? It’s difficult to say why there isn’t that same ‘obsession’ with Spanish or Italian women for instance, because they also have characteristic (often stereotyped) traits…

It’s undeniable that the French have a certain way of being. Never afraid to satirise her own cultural background, Garance Doré wrote a ten-step guide entitled ‘How to trick people into thinking you are French’. From eating bread “without gaining a single pound” to taking two months off for vacation every year – she proves that there is some (or a lot) of truth in our preconceptions about the French. 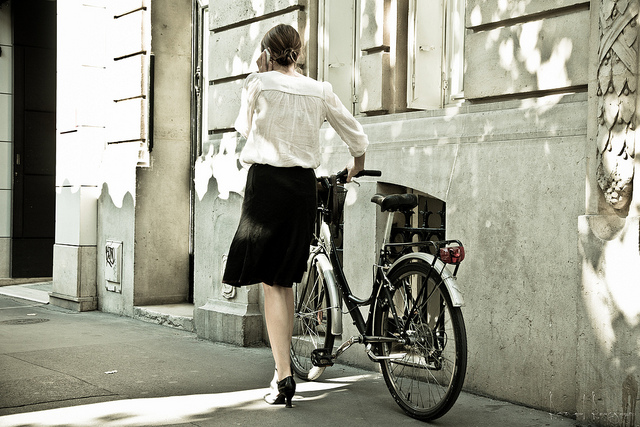 All of this comes from their culture. It’s the French culture that shaped these women and it is specifically because they grew up in France that they dress a certain way and have particular habits. Here at MyFrenchLife, we’ve delved into the topic multiple times, from French beauty tips to how to dress like a French woman.

The simple secret to feeling French

With all this information and philosophising on the topic at our fingertips, shouldn’t it then be easy to look or feel like the French?

It just isn’t. And I think it is so difficult for us because we don’t approach the situation the right way. 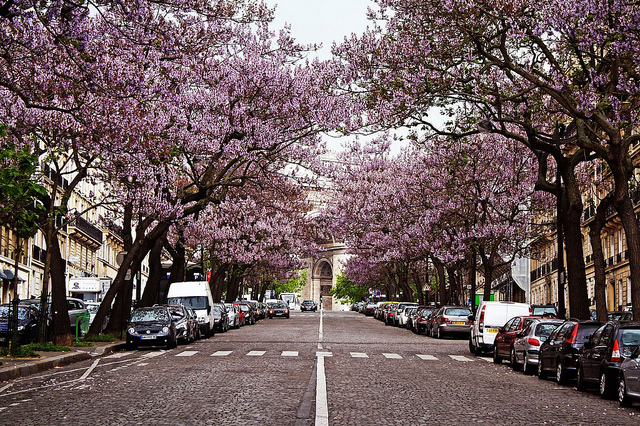 When it comes to my mother, it’s undeniable that her looks, the way she walks, the way she dresses and what she eats have been determined by where she lives: Paris. But I don’t think she ever tried to resemble the French; I think she just became like that because she was so immersed and didn’t try too hard. Even my mother still doesn’t feel like one of them, although she has lived for more than half her life in France and could easily be mistaken as French.

In the end the secret is the one thing that is hardest to achieve: effortlessness. Once you cease to obsess over being French, the rest will follow, eventually.

Do you think we obsess too much over looking as glamorous as the French? Leave your comments in the box below..

Image credits:
1. Students at Nôtre Dame des Oiseaux, via Photo de classe.
2. On the phone, by Christophe Leung via Flickr.
3. A girl and her bike, by Ronel Reyes via Flickr.
4. Avenue Carnot, Étoile, by Dimitry B via Flickr.