Cycling in the city of style 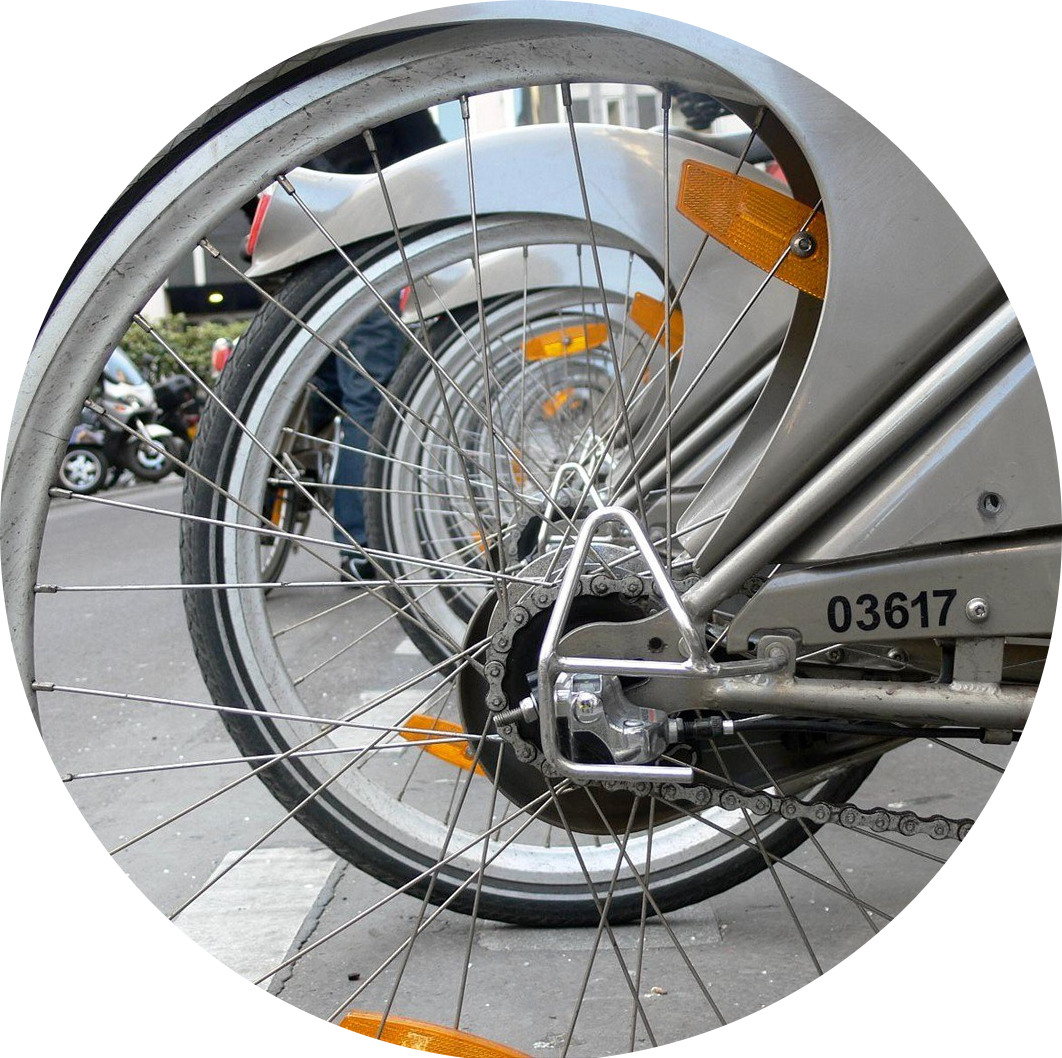 The Velib’ system in Paris is a fun, economical and eco-friendly way of seeing the sights of Paris. With the long French summer nights coming, there’s nothing nicer than being able to cycle through Paris in the night, long after the bustling crowds of tourists have dispersed.

However ‘style’ and ‘bike-riding’ are not exactly two words that go so well together. The Parisians though somehow seem to know what to wear and what to avoid at all costs when riding a bike. Riding around the streets of Paris, you’re just as likely to find yourself at the lights next to a Chanel-clad corporate darling as a friperie shopping bobo hipster.

Honestly, the Velib’ system is so hugely successful that Parisians of any age, profession or socio-economic status use the bikes while managing to look incredibly stylish, bien sûr. 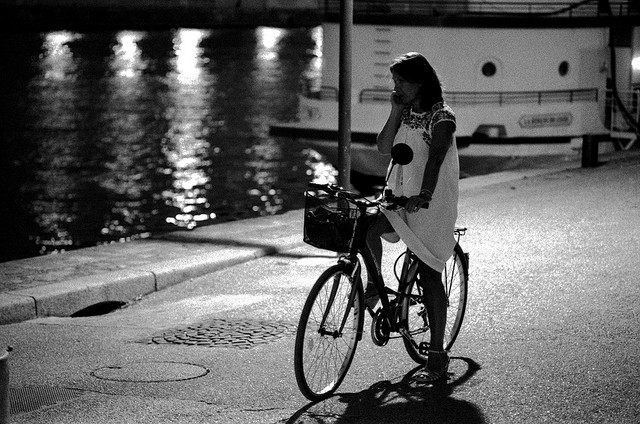 Where I would arrive at university hot and sweaty with windblown hair, my fellow French classmates and professors would look like they’ve just been for a casual stroll. Admittedly that was often because I was late so had to ride like crazy but even when on time, it took me a few weeks to master cycling style. Here’s what I learnt the hard way about Paris biking style…. 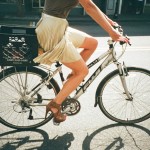 Do wear boots, flats and even high heels

– just avoid the stilettos and sandals. A shoe with a chunky heel can be actually super handy when riding in Paris, as the pedal will tuck in nicely in the arch of the shoe. What you really want to avoid are shoes with a thin heel or sandals as you’re bound to find yourself bumping along cobblestones before long! With your feet flying all over the place, something a bit sturdier is a wise choice to provide at least a little protection.

Don’t wear a jumper or pullover

but rather a cardigan or jacket. Even when it seems cold out, riding really gets the blood pumping and there is nothing worse than trying to whip off a pullover over your head as the traffic lights change. 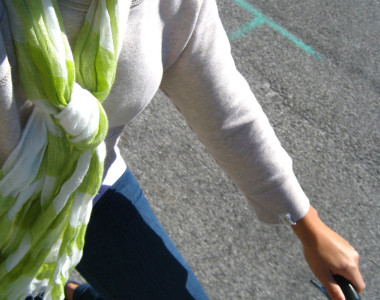 Parisian cyclists tend to respect other cyclists (no one else though!) but if you hold them up by de-layering, even for a few seconds, they are not happy. Opening a zip or buttons can be done so much easier – you might even try mastering it one handed as you ride! A scarf is always a great accessory too: it looks ‘oh so Parisian’ and is easy to whip off.

Do take your handbag with you

Rather than wearing it across your body where it will constantly slip and slide all over the place and be ever so annoying, use the basket at the front of the bike. Make sure however that you loop the strap of your bag through the metal wires in the basket – this usually stops any opportunistic thieving.

This one is actually dependant on how long you are riding for. If you’re in Paris for a week plus and riding every day, try not to wear those pants you love. Unfortunately, the Velib’ seats tend to wear away the fabric in the crotch of pants if you ride in them day after day.  Try to go for a pant in a hardier fabric such as linen – Capri pants à la Audrey are a great classic choice.

Mid length skirts with tights are also a good pick when riding, as the stretch makes them very easy to ride in, yet they are far from looking as un-chic as cyclist lycra. 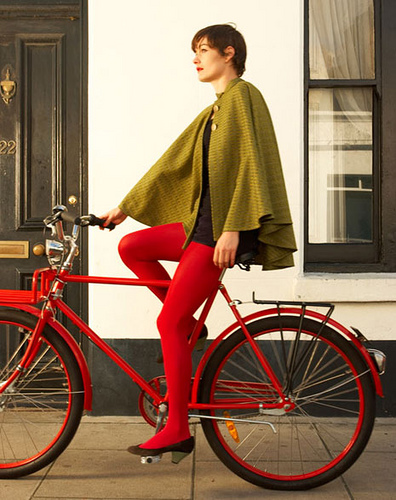 Do use the Velib’ system!

It’s such a great and different way to see Paris. Plus, more than thirty regional towns in France have introduced bike share systems too so wherever you are travelling in France, give it a go. There’s nothing like seeing a city by being one of the locals – and with over 7,000 different journeys in one day, the Velib’ system is sure loved by the locals.

Just one last tip that has little to do with style – if the seat on the bike is turned backward, don’t take it. It’s local code for ça ne marche pas.

Have you ever used the Velib’ system in Paris? Let us know what you thought of it and any bicycle style tips you might have. Tweet us @MaVieFrancaise or @DesertDeWilson with your thoughts!

Image credits
1. Velib by Edson Soares via Flickr
2. Girl with bicycle near the Seine Nicholas Vigier via Flickr
3. High heels and two wheels by Ann via Iva Jean
4. Scarf by Sandra via Flickr
6. Bicycle cape by Velovotee via Flickr