November in Paris – what’s on? 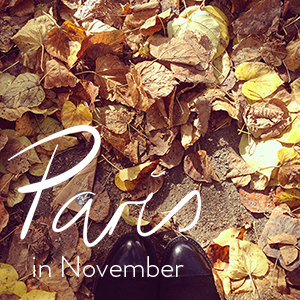 By November in Paris, the chilly months are well and truly under way in France. Mais pas de soucis – we’ve given it a great deal of thought, and found the best ways to stay entertained (and warm!) as the cold weather sets in.

Not only do we have our lists of les meilleurs chocolats chauds already lined up for you, but we’ve also got our latest list of what not to miss. After all, it’s Paris –
which means there are always some stylish, cultural or generally fantastic events to keep you occupied…

So bundle up, and get ready… and another handy hint – don’t forget that 11 November is a national French holiday!

Get the fotofever – Fotofever Art Fair 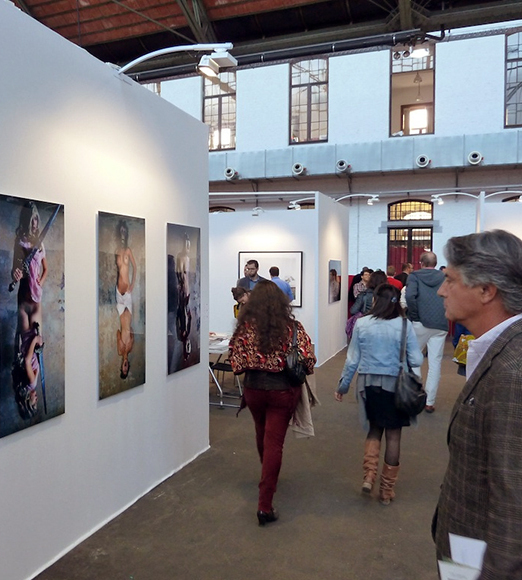 The Fotofever Photography Art Fair is a relatively new one – but it’s a concept we adore. Created in 2008 by Cécile Schall, the granddaughter of the legendary French photographer Roger Schall, this event was bound to be a success: it has major photography royalty on its side!

Schall brings together photographers from all over the world (think France, Belgium, Korea, Japan…) to unite established and burgeoning talent. A full list of the contributors (which will give you a taste of just what’s in store) can be found here.

If you follow this link, you can even read a fabulous interview with the organiser herself, where she speaks enthusiastically of “sa passion pour la photographie”.

Sonia Delauney was a Jewish-French artist, well-known for both her partnership with Robert Delauney and her own incredible range of artwork, which ranged from textile design to painting.

As the colours and geometric styles of her paintings reflect, she was a force to be reckoned with. She was tellement bien connue, en fait, that she was the first female artist to have a retrospective exhibition dedicated to her in the Louvre in 1967.

Now, Paris is gearing itself up for the next one in her honour. The Musée de l’Art Moderne de la Ville de Paris is bringing together a range of her work in order to trace her journey, and underline the influence she has had in Europe’s avant-garde movement.

Moving on to something quite different, the Beaujolais Nouveau Season is one for the wine-lovers among us – although again, Beaujolais is itself a little different. Paris by Mouth describes this particular treat as “a pristine and lively beverage whose seriousness is a big part of its charm.” Intrigued?

November sees the release (and celebration) of the Beaujolais Nouveau. It’s been called the `New Year’s Day of wine’ by Patrick Fabre, the proprietor of Aux Tonneaux des Halles. Even for those who aren’t counting down the days, it’s a great opportunity in France to get together with friends (especially on a drab November day) and to have a drink – for a list of wine bars where this event will be celebrated, please click here.

When: 21 November
Where: Different wine bars
Métro: Depending on your bar of preference…

This is another art-themed event (it is Paris after all!). It’s another hotspot for art fiends, and we can see why – there are over 500 exhibitors coming from all over France.

The best part of it – and we love this – is that all art sells at a cut-rate price, because there is absolutely no middle man involved. The event will incorporate painters, sculptors and photographers. Every year, a different theme is chosen, which challenges the artists in a slightly unusual way.

When: 30 October – 3 November
Where: Place de la Bastille
When: Bastille

Hansel and Gretel – an opera

If the elegance and opulence of the setting of Opéra Garnier aren’t enough for you, surely the added bonus of the classic Hansel and Gretel will be.

The music is by Engelbert Humperdinck, whose name if often linked to Richard Wagner, owing to the fact that he once worked as Wagner’s assistant. Humperdinck more than came into his own though. The Opéra de Paris website describes it as “music that astounds, as deep as the lakes of Germanic legends but at the same time strangely familiar. It conjures up memories of our forgotten childhood.”

Are you going to Paris in November? What have you got planned? Let us know in the comments below!