Driving in France: the tips you need to know

When I started driving in France what worried me the most (besides causing an accident) was being stopped by the police for breaking a law I didn’t know existed.

There is nothing scarier than the thought of being detained by the police in a foreign country. So, in order to save you from trouble, here are a few tips to make your experience as pleasant as possible while driving in France.

One of the things that scared me the most were roundabouts. They are everywhere in France, even on the tiniest streets. I am honestly not sure if the smaller roundabouts or the bigger ones scare me more.

Every time I have to drive on a roundabout in France, I take a deep breath and pray I’ll make it to my exit. My partner once suggested I stay in the right lane—that way, I could exit whenever I needed. That sounded great! That is, until I arrived at one particular roundabout in which the right lane was solely for people actually turning right. I, of course, intended to go straight. Thankfully I realised that no one respected that ‘rule’ and I was able to follow my way without any difficulties. 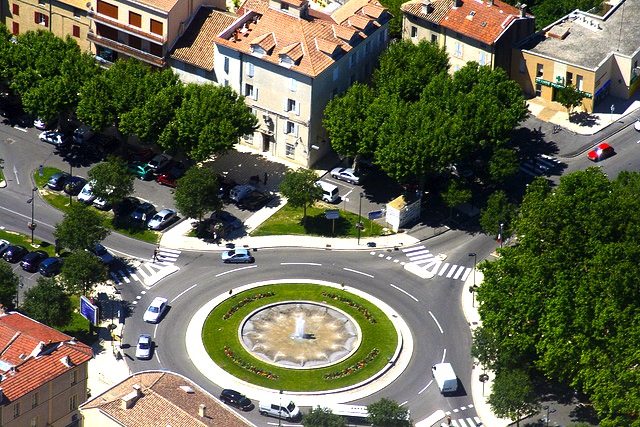 I have also come across certain roundabouts with either traffic lights or lines indicating that you must ‘cédez le passage’. Essentially, this means that even if you are already inside the roundabout, it doesn’t mean you have la priorité (or right of way)…

Fast and furious in France…

French people tend to drive fast – VERY fast. So you will probably feel peer pressured to drive fast as well, or at least push the accelerator a bit more than you should. I suggest you don’t. 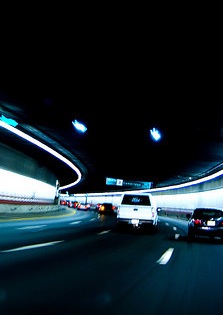 Most major highways in France have photo-radar systems. They’ll get you on camera if you speed (or go through a red light), which will cost you a fine, and, for those of you with French permits, a few points off your license.

I haven’t gotten a speeding ticket (yet). I tend to be cautious, and I don’t know where the radars are hidden. To spot radars, look for big signs along the road indicating you’ve entered a radar zone, and pay attention to when cars suddenly slow down for no apparent reason. Nevertheless, we can’t always identify radar zones: there are mobile radars and your toll tickets might be timed, among other measures that might be harder to spot. So faites attention!

My GPS is plotting against me…

Another thing that might scare you is getting lost in a city you don’t know. Technology helps us a lot nowadays with GPS systems, Google Maps and other apps, but what if the instructions are unclear?

Before I started driving in France I would just rely on public transport, especially the metro, which meant I didn’t really know how to get anywhere by car.

When I started driving, the easiest, most natural thing to do was use the GPS on my phone. However, speaking from experience, it’s not always safe to rely on phones while driving in France. After my first day at work, all I wanted was to go straight home—my phone had other plans.

Suddenly, the lane I was in transformed into an exit that my phone sort of forgot to tell me about, and when I realized what was happening, it was too late to go back to the correct lane. The worst part was when I found myself in the AutoRoute, in which one exit can suddenly divide itself into three or more.

I was completely lost. Thankfully, after a million roundabouts and turns in places I had no idea existed, I made it home, with a better knowledge of how to get there and how to move around my city.

Rules you didn’t expect to exist but do…

As I said before, I didn’t want to get caught doing something illegal that I didn’t know was illegal to begin with, so here are some common ‘rules’ for driving in France:

Driving in France can be a great experience if you know what to do. Remember: keep an eye out for radar zones, consult the map ahead of time, and, most importantly, enjoy the ride. Bon courage!

How has your experience driving in France been?