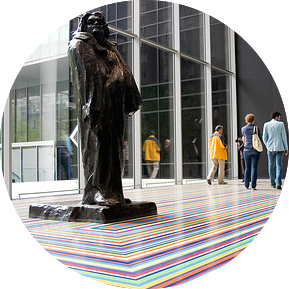 For a year I have had the privilege to be invited to several outings organized by Alliance Française Paris Île-de-France, in the framework of their students’ cultural activities. Three of these events were guided tours of the houses of French artists turned into museums in Paris: small hidden gems I had never thought of visiting by myself before.

Each time I would meet the students either on Boulevard Raspail at the Institute or directly at the museum. While waiting for the guide to join us, I would introduce myself briefly to those around me – who had already noticed I was fluent in French.

”Where are you from?”, ”How long are you staying in Paris?”, ”Why do you learn or like French?“ – these were the three immediate and recurring questions I could not help myself asking. Needless to say that the students were also curious about me in the same way. We were all eager to become acquainted; the conversational exchange was lively and cheerful from the start. With me, they could practise their French; with them I felt part of a unique and original experience in Paris.

However it was quickly cut short by the beginning of the tour and silence was required as our full attention was needed. That was the precise moment when I was no longer the outsider or the guest… If the group counted 15 students at the beginning, all of a sudden it had one extra!

A shared passion for the French artists 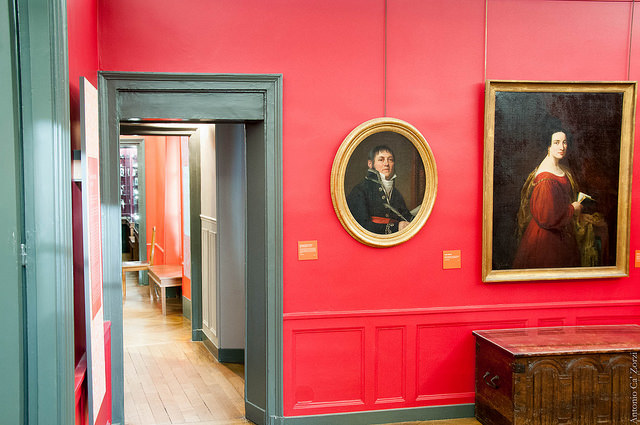 Of the three guided tours in Parisian artists’ houses, each offered something new – whether from what I learnt on the tour, or through my encounters with people of all ages and nationalities, happy to be able to communicate thanks to a shared knowledge and passion: French language and culture. As we were all carefully trying to listen to the guide, we were similarly intrigued and captivated. We would exchange identical looks of bewilderment or surprise, timid smiles and sometimes the expected tiredness of a visit nearing its end.

This is how it had happened for La Maison Balzac and la Musée Bourdelle – and our recent visit to Musée Zadkine’s was no different!

As we were waiting in the garden of the Museum for this third visit, one of the students, from Bangladesh, said he was afraid of ghosts. A huge burst of laughter ensued to which the assembly mischievously echoed there would be plenty of them in Zadkine’s workshop! This set the tone for an exceptionally good-humoured visit… 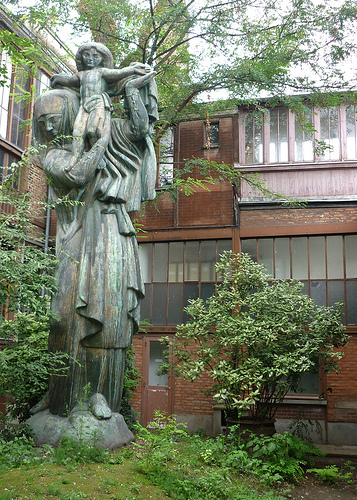 The usual one-hour lecture followed – delivered by an enthusiastic professional. By the end of the visit, we knew everything about the artist’s life; his art, his work, and his contemporaries.

I was also concerned that the level of language was much too difficult for learners – the lexical field of sculpting, and rapid flow of the lecture – but that instinct proved wrong on several occasions. When the guide had Brancusi on the tip of his tongue, a very reactive student whispered him the name immediately!

Or, a question from Brazilian student Sylvia that, as a matter of fact, we were all interested in the answer to: what did the guide mean when he said that Rodin was a modeller not a sculptor per se like Zadkine?

To delve more into the lives of Balzac, Bourdelle or Zadkine, I’d highly recommend following the same path as the students at Alliance Française Paris Île-de-France in those heavenly places: for a complete immersion in French culture, as well as enjoying a moment suspended in serenity and happiness.

Who are your favourite French artists? Have you visited their houses? Let us know in the comments below.