Questioning the authenticity of a Parisian romance

Every year, as the courtyards and walkways of the Louvre and the wooden planks of Le Pont des Arts become eroded and heavy with use, more and more tourists leave Paris with their heads full of romantic memories, but their hearts full of disillusionment.

We rarely question the authenticity of the Parisian romance, or how this reputation even originated…

I arrived in Paris in a laissez-faire haze of croissants and wine, awaiting my Parisian love affair.

Finally, one late winter night, an attractive Frenchman blew smoke in my face and recited poetry; descriptions of Monet and Renoir and graffiti art slipping from his mouth in that seductive French accent.

At 2am, the Frenchman was spinning me around in a semi-drunken waltz, speaking of dreams and whisking me away to the Opera or Morocco.

The city lights along the Seine were lit for us alone, and the nighttime Parisian promises grew wilder and more exotic in passing seconds and sips of wine.

And still, I waited for the love affair. 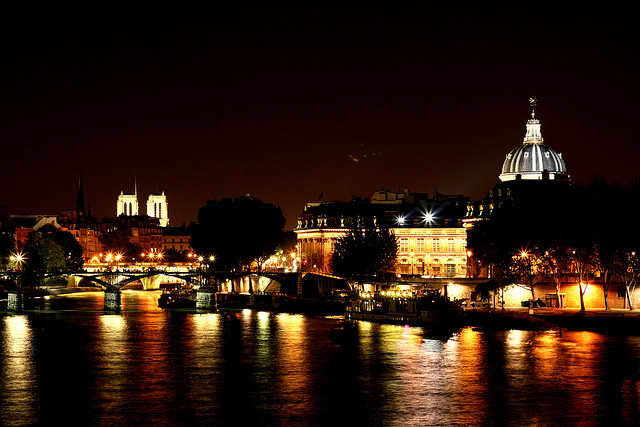 I never fell in love with the Frenchman. Instead, I found myself falling for someone else in a much subtler, non-Parisian manner – through friendship and intimacy, and a nearly comical absence of romance.

But, by the year’s end, I still remembered the Frenchman and our romantic Parisian nights. We may not have had a love affair, but Paris seemed to imbue our nights with romance.

The city gave us a delectable, passionate affair – superficial and heartbreakingly beautiful. And to this day, I still wonder why…

As savvy travelers, we know that Paris has a romantic reputation. And yet, why, amongst the world’s most wondrous cities, does Paris continue to evoke the strongest images of romance? The onslaught of my personal research into this conundrum reaped nothing but clichés: world-class dining, artwork, beauty, etc.

“…we, as a society, are attracted to the illicit. A clandestine romance garners far more intrigue than a plain, simple, entirely appropriate one.”

Hundreds of cities could advertise the same features (New York? London?). And yet, Paris seems to make even loveless nights romantic, and continues to lure us back year after year. Pourquoi?

In my opinion, it begins naturally enough, with the French language. Unlike Anglophone speakers, the French incorporate the word ‘pleasure’ into nearly every conversation. Avec plaîsir, translates to you’re welcome, but if an American were to say, “with pleasure,” she may receive a curious glance or two. 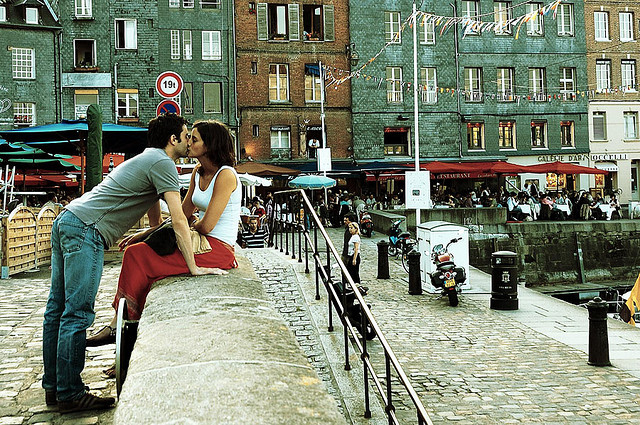 The French embrace pleasure as a way of life: in their eating habits, their holidays, and, yes, their proclivity to express romance in unabashedly public displays. Even innocent public kisses are generally viewed as juvenile – or just completely unacceptable – throughout much of the world. As such, there’s something nearly illicit in public displays of affection, or pleasure.

As Sir Thomas Malory proved hundreds of years ago with his romantic portrayal of Lancelot and Guinevere in ‘Le Morte d’Arthur,’ and even now with the 50 Shades of Grey phenomenon, we, as a society, are attracted to the illicit. A clandestine romance garners far more intrigue than a plain, simple, entirely appropriate one.

Paris truly solidified its association with the illicit in the 19th and 20th centuries. It became the epicenter of the bohemian revolution – the epicenter of culture and acceptance in a Western world frightened of modernity. 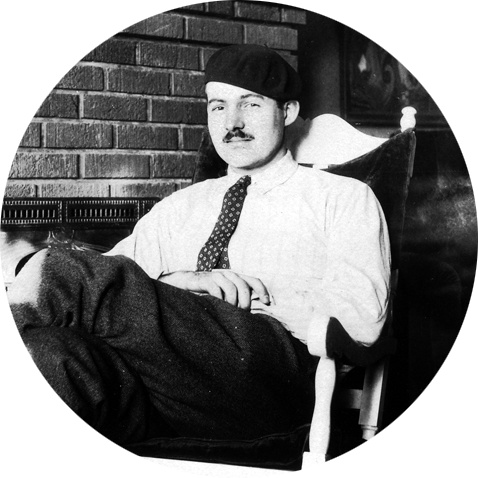 Paris turned into a haven for minorities, where starving artists mingled with drug users, cross-dressers, and the African population, garnering a reputation for, again, the illicit. Here, anything could happen.

Ernest Hemingway, one such young artist, documented much of his life here. There’s something seductively inappropriate about Hemingway’s descriptions of Parisian pleasure – of people whiling away Parisian hours in a drunken haze. Society generally doesn’t accept such behavior, but in an almost fantastical story, Hemingway and his 20th century contemporaries make the impossible seem possible, the inappropriate seem appropriate, and the illicit – well, as illicit as ever, and even more romantic because of it.

Paris became the city where anything was possible. The unaccepted suddenly had a home. In a place already laden with lavish displays of French aesthetic beauty, this addictive – and romantic – illicitness became embedded with the current of the city. And so now people flock, obsessed, dreaming, hopeful, waiting in a Moulin Rouge-induced euphoria…

The reputation endures: the Parisians continue to lean their lives towards plaîsir, the romantic notions of the illicit beckon us back, and travelers wait, just as I did, for a Frenchman to lead us through the night…

Qu’en pensez-vous? Where do you think Paris’ romantic reputation comes from? Share your thoughts in the comments below…

Image credits:
1. Golden heart by Stephen Cleary, via Flickr.
2. Seine nights by Samantha Swithinbank, via Flickr.
3. A French Kiss by vpzone, via Flickr.
4. Hemingway at home in Paris, via Wikipedia.