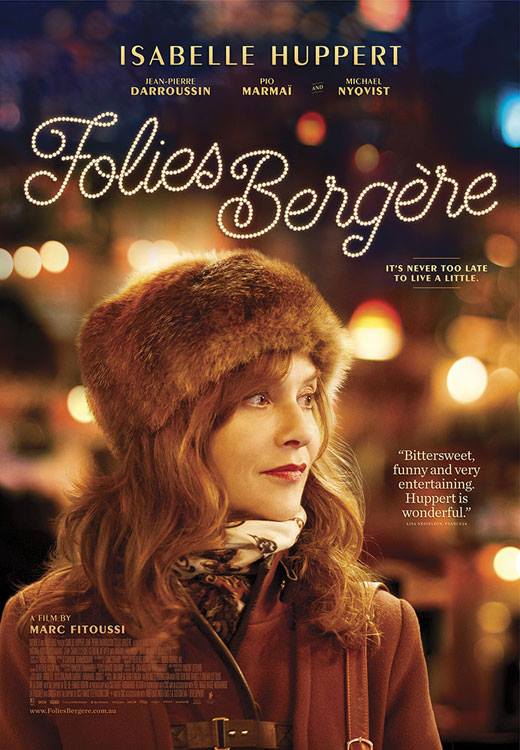 We are in Haute Normandie, Pays de Caux. Brigitte Lecanu (Isabelle Huppert) is wearing a lovely pair of boots, a fur hat, a chocolate brown coat and a silk scarf while she grooms the hide of Ben Hur, one of their prized vaches charolaises.

Your first impressions of Marc Fitoussi’s latest film ‘Folies Bergère’ (French: ‘La Ritournelle’) could therefore go one of two ways: “c’est quand même pas un peu exageré non ? Franchement, on s’habille pas comme ça à la campagne…” or alternatively, “How do they always look so good? I mean the French are just so stylish. All the time. I need to buy a hat like that.”

So here’s the deal; if you’re a Francophile like myself and your enjoyment from watching a French film is derived 75% from the plot, 15% from minor details that give you a strong sense of nostalgie, and 10% from Parisian streetscape shots, this film ticks all of those boxes. Read on mes amis. If, however, you are expecting an authentic documentation of life on a cattle farm and a plotline that has you on the edge of your seat, this French film may leave you slightly disenchanted.

After having worked together in the hit film ‘Copacabana’ (2010), Marc Fitoussi once again directs the ever-charming Isabelle Huppert and Jean-Pierre Darroussin, who play a husband and wife team of cattle breeders in Normandy. 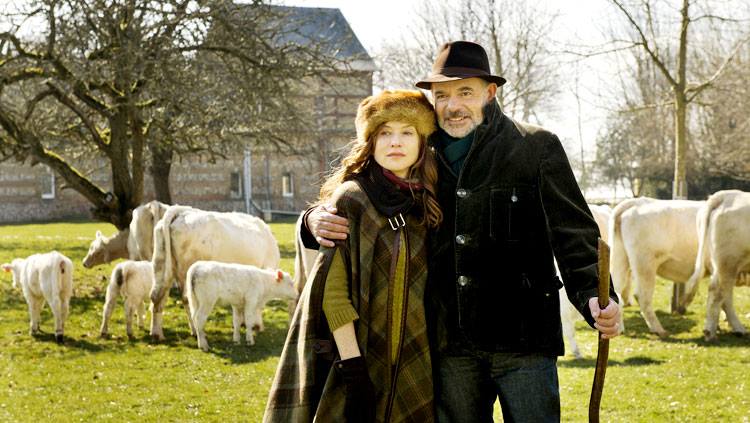 Brigitte Lecanu is a dreamer, and is bored of life as an agricultrice, while her husband Xavier lives and breathes for his esteemed bovins, with little else occupying his time now that both their children have left the family home. A neighbourhood party allows Brigitte to release her wilder side, and soon thereafter, she books a long awaited medical appointment in Paris to escape the farm, and finds herself pursuing Stan (Pio Marmai), a man 30 years her junior.

With an all-too-familiar announcement (“Suite à un accident grave de voyageur…”), we’re in Paris. This is the real reason I watch French films: shot after shot, pang after pang. 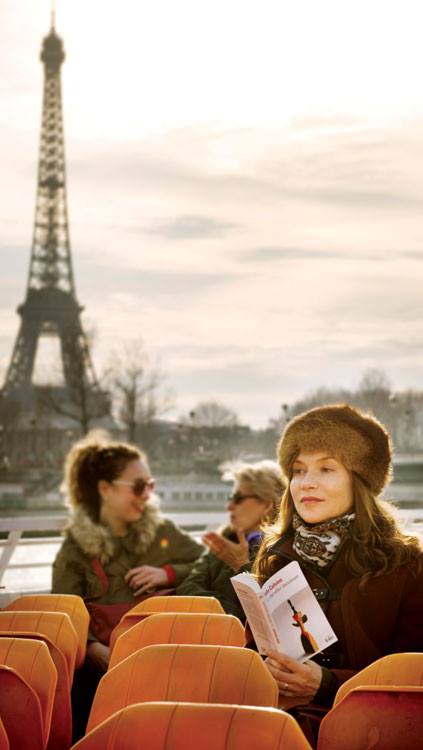 Fitoussi exposes Paris through the eyes of the curious and at times naïve Brigitte, whose discovery of the city parallels a rediscovery of herself with the help of Jesper (Michael Nyqvist), a handsome Danish dentist. From snarky sales assistants and Indian street vendors, to the Ferris wheel at Place de la Concorde, and a strange but comical cat performance, her Parisian escapades allow Brigitte to release her anxiety and give her a taste of ‘the good life’ (the ritournelle that is constantly playing in her mind).

Meanwhile, back at the farm, Xavier is not without his suspicions and realises that he may just be losing his petite bergère. A beautiful scene in which he visits his son’s acrobatics rehearsal realigns his priorities and sets him on track to marital redemption.

A closing note on French details…

If you also take great pleasure from detecting minor details that the unsuspecting subtitle-follower would miss, here are my top five:

PS – If you too would like to know what song Brigitte dances to in the supermarket, I have scourged the Internet for you already. Listen here. 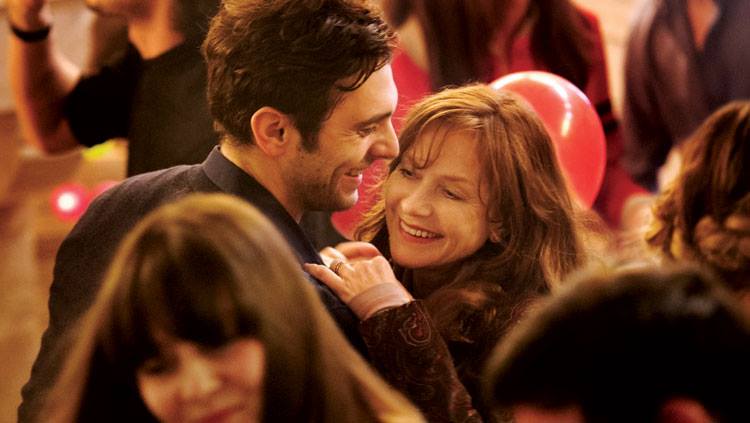 In short, ‘Folies Bergère’ is light hearted and lovely. It may not change your life, but it will most certainly make you smile.

Have you watched ‘Folies Bergère’? Share your thoughts and opinions in the comments below!