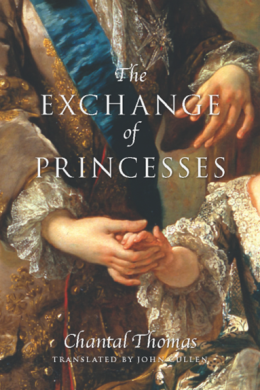 In the summer of 1721, Philip d’Orléans, Regent to the young King Louis XV, has an epiphany while taking his bath. After a night of debauchery, the Duke can scarcely contain himself, despite his hangover. His scheme, if well executed, might prevent war between two embattled neighbors, France and Spain.

More importantly, it might also delay the Duke’s 11-year-old nephew, the great-grandson of Louis XIV, from producing an heir. In short, the plan could very well strengthen the Regent’s influence at court. And could he dare hope to one day take the Crown, should Louis die young?

On the road to upheaval and transformation

Thus begins Chantal Thomas’ expertly-drawn ‘The Exchange of Princesses’ (Other Press, 2014). It is the French writer’s latest examination of the lives of the 18th century’s rich and royal.

Thomas is perhaps best remembered for her internationally acclaimed novel ‘Farewell My Queen’ (made into an award-winning film) about Marie Antoinette’s final days. A noted philosopher whose works include essays, plays, short stories as well as longer historical fiction, Thomas is fascinated by this period in French history. It marks the end of the ancien régime and the beginning of early modern France.

But back to the Duke: his brilliant plot is to orchestrate an extraordinary regal swap across the Pyrenees – with not one but two dynastic marriages.

The first union would join little Louis XV and the even littler Spanish Infanta, Mariana Victoria de Borbón. The babe-in-arms is scarcely four, even though she seems wise beyond her years.

The second match would include the Duke’s 12-year-old daughter, Louise Élisabeth d’Orléans, also known as Mademoiselle de Montpensier, with the Infanta’s 14-year-old half-brother, Don Luis, the Prince of Asturias. 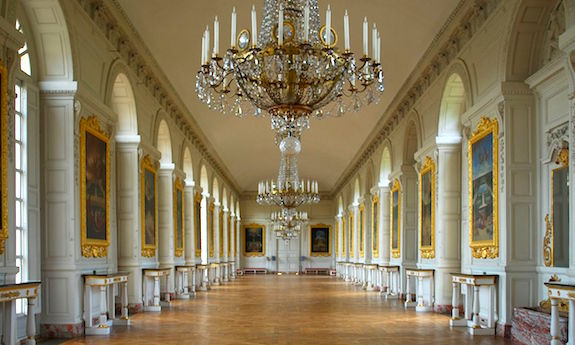 It all sounds too preposterous but alas it’s true. In the hands of the Duke and those who willingly go along with him, the children become playthings. They become pawns and tragic bargaining chips as adults engage in deceit, power plays and palace intrigue.

This French writer does more than just reveal…

Who can look behind the royal curtain better than Thomas? You can almost hear the swish of elegance through the halls of Versailles, or shiver in its marbled coolness. You can feel the despair of the tiny Infanta as she tries to win over an ambivalent King.

Across the border, the searing Iberian sun plays down on the wild antics of Mademoiselle de Montpensier – a lost girl tied to an ineffectual adolescent bent on pleasing his papa, the pious Philip V (a grandson of Louis XIV). 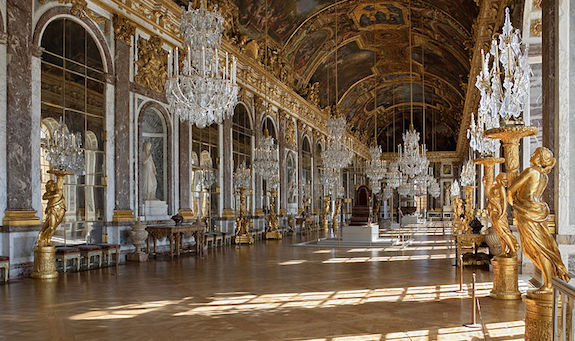 I wish I could say that ‘The Exchange of Princesses’ sustains interest over its 300-odd pages. Despite the book’s merits, tediousness sets in as we travel predictably back and forth between France and Spain.

Much as readers will want to feel compassion for these children-as-victims, they may tire of the assorted comings and goings from one royal place to the next, the hunts, mock war games – even illnesses and deaths. One pines for the world beyond the castle walls.

You may wind up wishing the misalliances would end sooner rather than later. Fortunately for Louis XV and the Infanta, they eventually do.

Have you read any other books written by Chantal Thomas? Share you thoughts on the comment box below.

1. ‘The Exchange of Princesses’ book cover, by Other Press.
2. The Grand Trianon Castle Interior, by Mkonikkara, via Wikipedia.
3. Château Versailles Galeries des Glaces, by Myrabella, via Wikipedia.