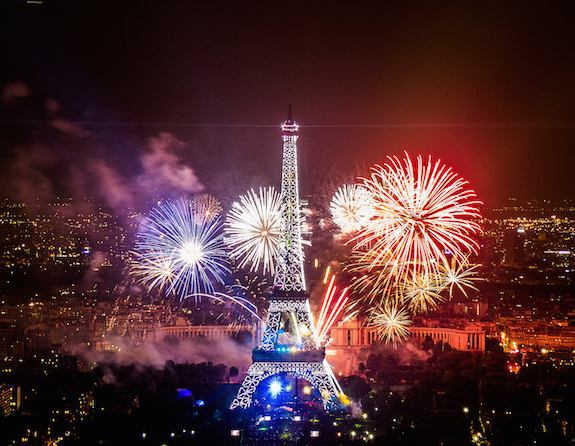 Ah yes, Paris in July. It is truly a magical, one-of-a-kind experience. The temperature’s rising and the French capital only gets more glorious each day.

So we came up with the best ways to spend this month in Paris. Come on now, indulge a little…

You cannot do Paris in July without doing Bastille Day. The iconic national holiday is an obvious pick for us Francophiles, so ring in the festivities with the French.

Get in early on the night of Jul 13 to welcome in La Fête Nationale by dancing up a (prison) storm for the Bal du 14 Juillet – Place de la Bastille, of course.

This year’s motto is ‘Paris accueille le monde’. On July 14 the capital will be in celebratory mode, with a military parade taking place in the Avenue des Champs-Elysées, all the way to finishing it off with a stunning fireworks display over the Tour Eiffel as the closing ceremony. Make sure to line up early for a good spot – our pick is to set up camp near Trocadéro.

Paris Plages marks the beginning of the summer season, where all throughout Paris pop-up beaches are constructed to make the most of the newfound warmth. 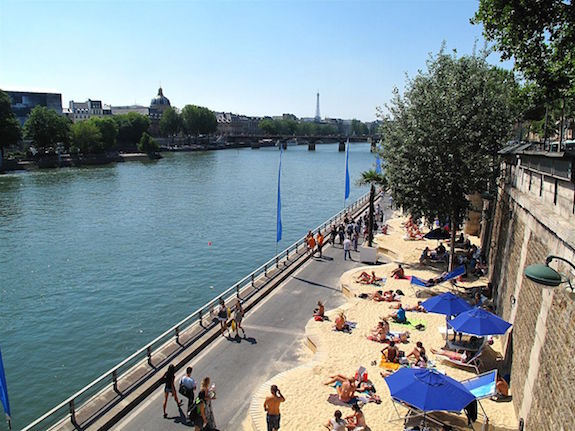 Starting from 20 July and lasting one glorious month, Parisians can deck out their sunbaking boxes from 9am until midnight, with music shimmying down the Seine, and all bells and whistles intact. Don’t be discouraged by the idea of swarms of tourists – if you time it right and pick a slightly more obscure spot, you’ll be spoilt for space and sunshine.

The city’s not as congested because the Summer vacances are in full swing, so take advantage of the pop-up paradise along the Seine. The little ones won’t be able to peel their eyes off the 1 euro icecreams, nor their backs off the armchairs! Perks: the bathrooms are free!

Pop in to Musée de l’Armée in the Hôtel des Invalides and visit the Churchill – de Gaulle exhibition, commemorating the 70th anniversary celebration of the liberation and 50 years since Churchill’s passing.

Pay homage to these icons, uncover their stories of the Second World War and discover how their pathways intersected with this fantastic exhibition.

What could be more French than the world’s most famous bike race? 102 times le Tour has run its course and Francophiles cannot get enough. 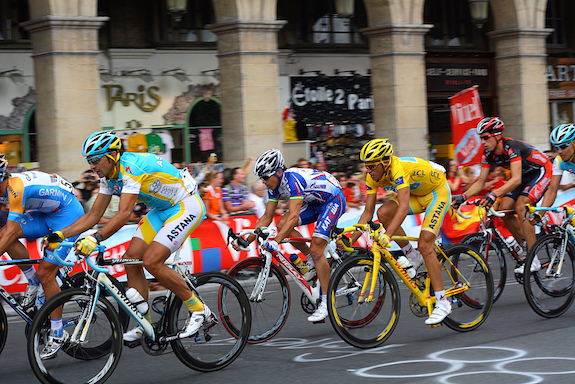 Reunite through the blood, sweat and tears of this year’s competitors as the final stage of the race comes to a close in the capital. Watch the victory lap take place at the Champs-Elysées on Sunday July 26.

So, our dear Paris lovers, what do you make of our list? Where will you be in Paris this July? Let us know in the comments below!

Image credits:
1. Fireworks on Eiffel Tower, by Yann Caradec, via Flickr.
2. Paris plages (city beach) from above, by Ken Eckert, via Wikimedia Commons.
3. Allez, allez!, by Jonathan Cohen, via Flickr.