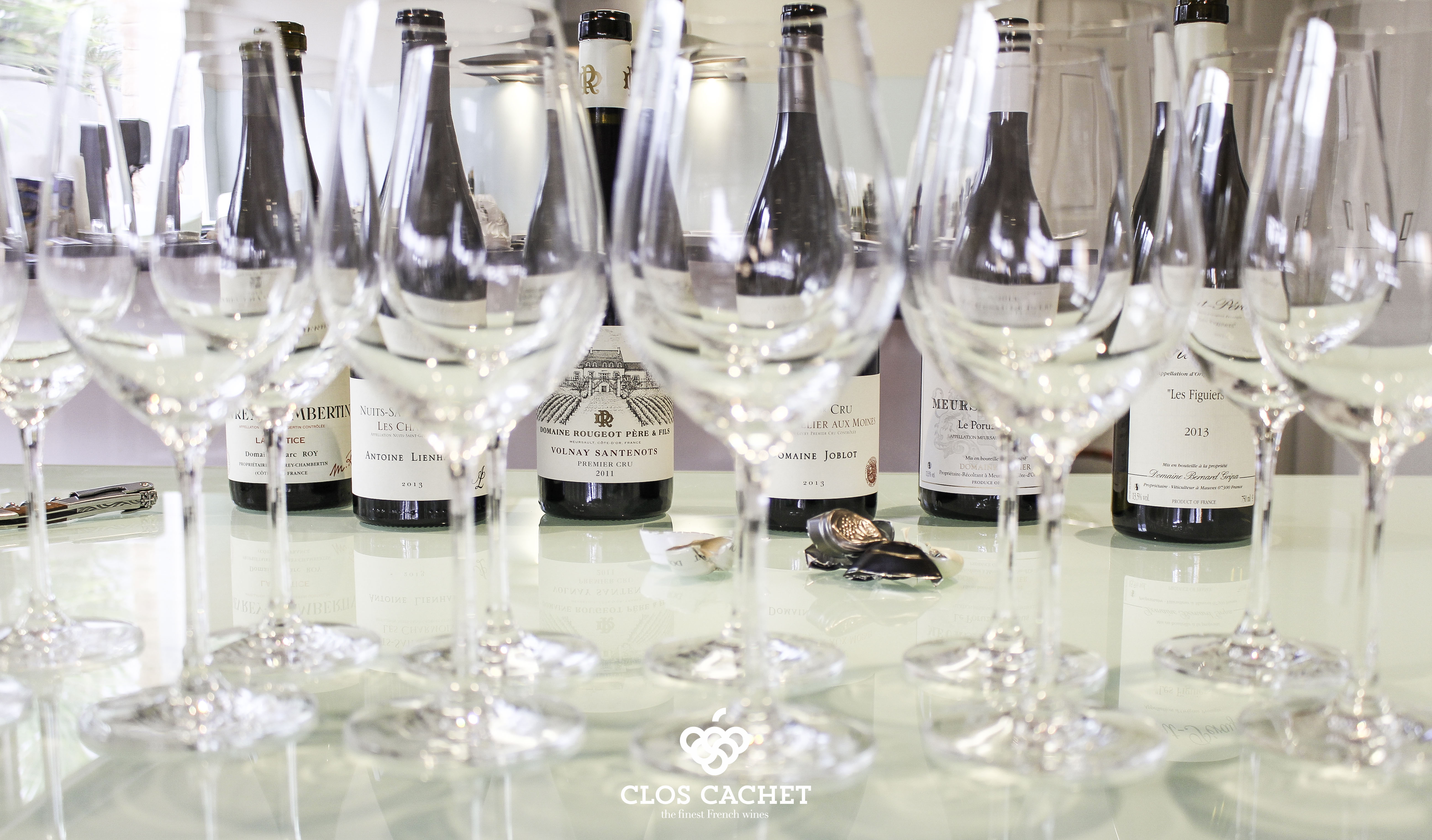 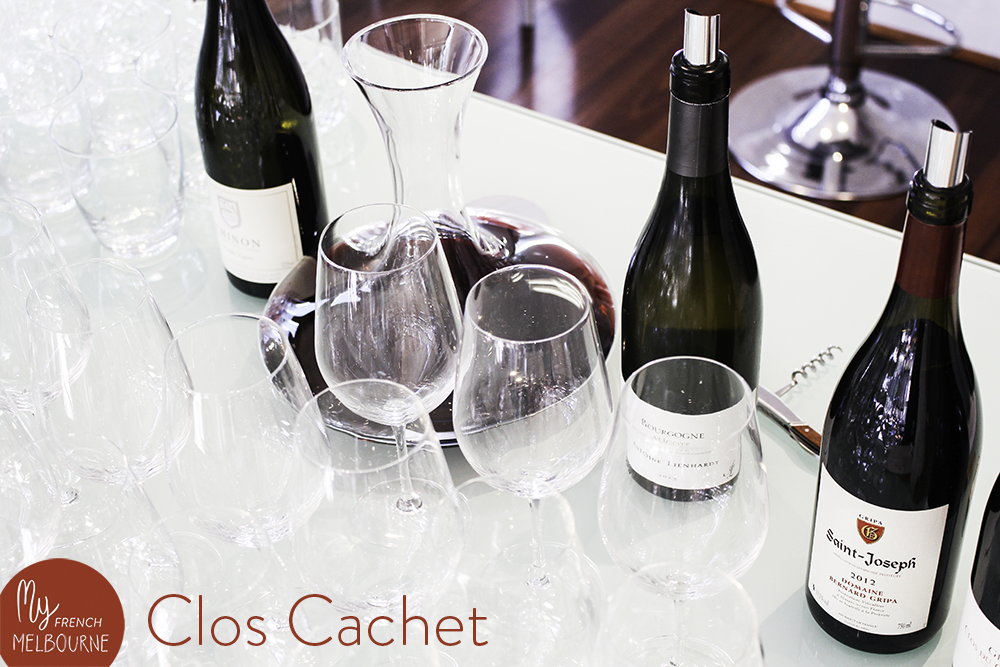 Alexandre Rougeot grew up with wine in a way few French children could say they have. He was born into a ‘wine family’, raised amongst the vineyards of Mersault, Burgundy.

“My family has been producing wine for five generations and since my father took over the Domaine in 1975, the production takes place in the house I lived in until I was 20 years old,” he says.

“When you grow up in such a place, surrounded by vineyards and people producing wine, naturally, like it or not, it becomes very deeply part of you. You can fight against it or adopt it, which I did.”

Fast-forward, and Alexandre is now half a world away in Melbourne, Australia, where he has founded Clos Cachet: an online portal allowing Australians to buy hard-to-find French wines. This project also connects Alexandre back to his family in France – Rougeot wines are a cornerstone of Clos Cachet’s imports.

We sat down with the entrepreneur behind it all, to hear more about how he is bringing his love for French wine to Melbourne Francophiles and wine-ophiles alike. 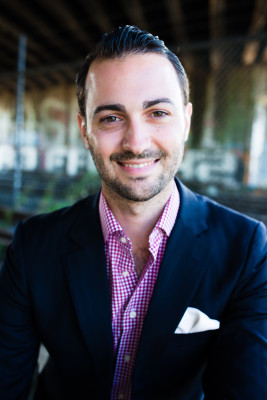 What inspired you to start a French wine business in Melbourne for Australians?

I attended the Beaune Wine School for two years, followed by the Bordeaux International Wine Institute for three years where I studied a master’s degree in wine marketing and management, which I finished in 2010. During my last year in Bordeaux, I met Jessica, a beautiful Australian, who later became my wife.

I feel that I can connect consumers in a very special way.

Clos Cachet has been built around my different experiences, professional and personal. Jessica is the reason I first came to Melbourne and never left. The rest is the reason why I launched a wine business, because there is nothing else that feels as natural as that. Of course, I studied the Australian market first and then I realised how much it is a wine nation, and how much Australians love French wines and France in general. Considering my personal network and connections with some of France’s finest wine producers, I feel that I can connect consumers in a very special way.

What was the most challenging part of adapting to the Melbourne lifestyle?

Adapting to the Melbourne lifestyle is easy for people who like good food, good coffee, culture, wine, and like to travel. It didn’t take long for me to adapt because Melbourne is a European city at heart!

What is a typical day like at Clos Cachet?

A typical day at Clos Cachet is interacting with clients about wine and about France. Also, it’s organising wine tasting events for private customers or companies. It is interacting with the French wine producers about their last vintage, their wines, their stories and being up-to-date with the new producers who are doing the right things and that I would like to add to my selection.

A typical day is also going out and tasting wine and working with some of Melbourne’s best sommeliers. This typical day ends with sharing some content on social media, and interacting even more with individuals either on social media or during an event (tasting, dinner…). 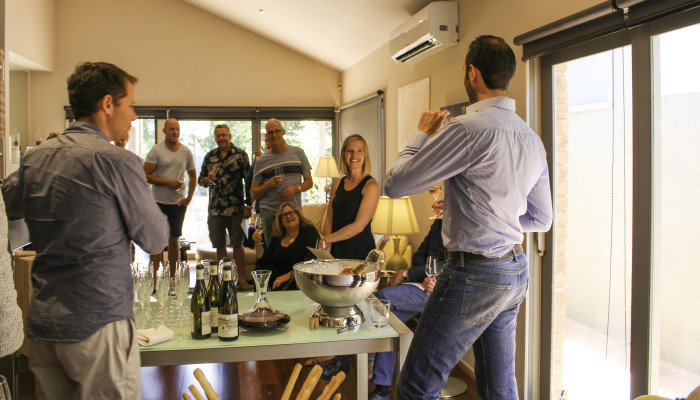 Tell us more about your team. Is it mainly a French team or international? Why is this?

Clos Cachet is seven months old and I am the only person in the team so far. The next person joining me will probably be someone looking after the logistics of the business (importation, ordering, deliveries and managing the warehouse…).

I’ll be looking at building a French/Australian team but speaking French will be necessary because there is a lot of important interaction that occurs with the producers. Developing strong personal relationships is an integral part of my professional philosophy and that is why being able to communicate in both languages is so important.

More and more French people are moving to Melbourne. Why do you think this is happening? Do you have many French clients?

Melbourne is an attractive city because the culture is very European but not only that. Victoria has a great relationship with France since the world wars and the business interactions are growing. For the last ten years, with the working holiday visa, Australia has been promoting its country to French people. In France, [Australia] has built up a great reputation among travellers, students and also people who want to leave France for a longer adventure. Australia is very positively seen in France.

It makes it such a liveable city. I love how much the food and wine scene is booming.

Then came the 2008 financial crisis with many students being overqualified for the little job opportunities in France. They don’t see a great future for themselves in France and so Australia is a very good option. So far, I have few French clients but the majority are Australians and English. I would like to grow the segment of French clients.

What I love most about Melbourne is the positive business attitude as well as the configuration of the city with its natural parks, the bay and the suburbs. It makes it such a liveable city. I love how much the food and wine scene is booming.

What I miss most about France is the different regional cultures and products and the proximity to other countries such as Italy, Spain… 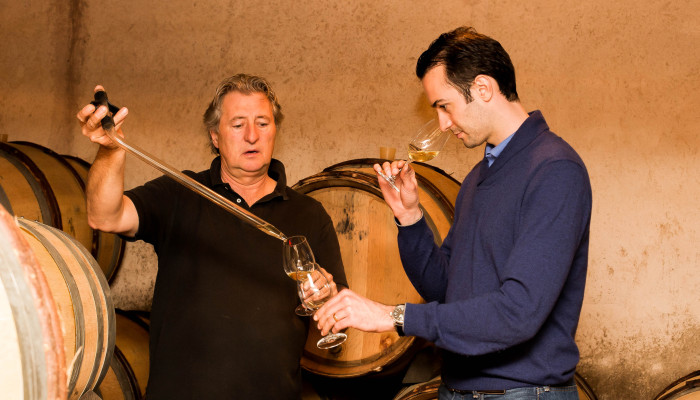 What are your specialties? Is there something that people really seem to come back for? Why do you think this is so?

Clos Cachet is unique because of its French company culture and its portfolio of premier producers, which is consistently growing. Clos Cachet specialises in importing wines directly from the finest producers and retailing them to private customers. What matters most is our customers’ experience through our producers’ stories. Story telling is such an important part of what I do.

Our customers come back for the [unparalleled] level of quality of the wines as well as the culture it provides them. When you drink these wines, you access one of the oldest cultures in the world and it is quiet exclusive and exciting. This is why people come back – they don’t only buy great wines but they also buy the lifestyle and the culture that goes with it. Finally, we have some of the most competitive prices for such wines.

What are your three most popular items? 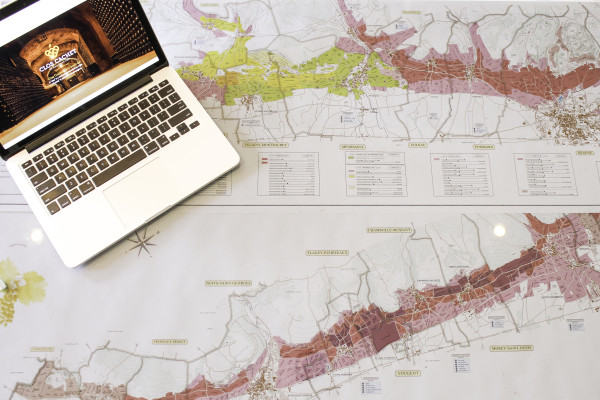 It is hard to say with only seven months of activity, but I see a trend growing towards wines from Bourgogne, Champagne and the Rosé from Provence. It is mostly due to the fact that my customers feel confident with these wines as they have already drunk some in France or in Australia. Furthermore, they easily identify with the style of these wines as Bourgogne is mostly Chardonnay and Pinot Noir, and Champagne being Champagne.

Finally, Rosé is easy to drink, refreshing and so Australian – they just don’t know it yet!

What is the biggest contradiction or misconception about French wine?

I think the biggest misconception about French wine is that we don’t promote grape varietals like in Australia. In France what’s most important is the origin, the provenance. You drink a Champagne not a Pinot Noir blend, you drink a Meursault not a Chardonnay.

In Melbourne, do you have a favourite boulangerie, fromagerie, café, pâtisserie, boutique…?

It’s funny because when I first arrived in Melbourne I wanted to discover where the Australians were going out. And then I realised that Melbourne is built on a melting pot of European cultures, which is fascinating for me. My favourite places are..

Cafés: Vertue Coffee in Carlton, Padre in South Melbourne market, Two Kings in Bentleigh. We are moving out to live in South Yarra – I might need to add a few more after discovering the area better. Two Birds One Stone is great too!

Restaurant with a French twist: The classic is Bistro Thierry which is well executed. I haven’t tried Entrecôte yet… but it inspires me. Recently I really like what Bar Nonno is doing in Northcote with a French/Italian twist.

I love the top end of Collins Street with the Parliament. Melbourne deserves a French district… but where?

Fancy meeting Alex in the flesh? He’s offering a fabulous French wine tasting as part of our #MyFrenchMelbourne competition (and, it’s free to enter)! What are you waiting for? bit.ly/winfrenchmelbourne

What wines urge you to scroll through one-way trips to la France?