9 unexpected reasons why learning French is the best idea ever 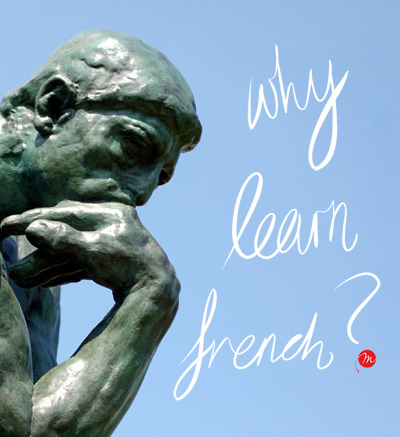 The benefits of learning another language are virtually immeasurable. And whether you’re in love with France, or even just linguistic-savvy, it is never too late to start learning French.

But how many of us can actually list the benefits of bilingualism, or the positives of learning another language? Perhaps you’re simply someone who likes to understand the secrets and science behind life. Or maybe you (or someone you know) need some persuading.

Well then: we’ve compiled a pretty convincing case. Here are nine irrefutable reasons (you be the judge) to learn French.

Anne Merritt lists the cognitive benefits of learning another language in a recent Telegraph article, and they almost seem too good to be true. It seems it literally makes you cleverer: you’ll become able to problem-solve, multi-task and retain information more effectively than your monolingual counterparts.

As Yudhijit Battacharjee explains in an article in the New York Times, a second language was considered an “interference” to learning for a very long time. As Battacherjee explains, this is partially true: “both language systems are active even when he is using only one language, thus creating situations in which one system obstructs the other.” 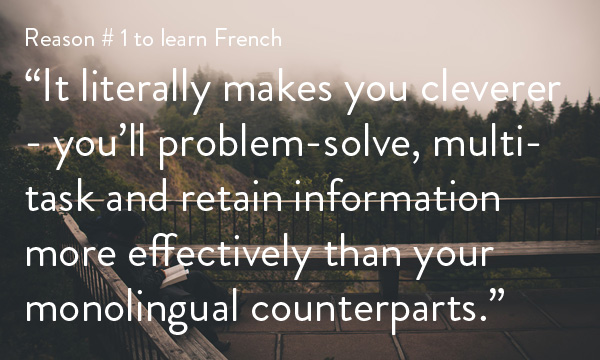 “But this interference, researchers are finding out, isn’t so much a handicap as a blessing in disguise,” he continues. “It forces the brain to resolve internal conflict, giving the mind a workout that strengthens its cognitive muscles.”

As Meritt also explains, learning a second language has also been proven to stave off Dementia and Alzheimer’s.

Though we’re unsure of exactly how it works, many studies have shown that there was a much later onset of these diseases in people who spoke two languages.

3. Your kids will be geniuses (practically)

The benefits of being bilingual are even more prevalent among children. Raising your children bilingually not only gives them two languages with minimal effort on their part, but also means that if they choose to pick up more languages later in life, they already have the tools to accomplish this with ease.

Learning a language can also help you grow as an individual. Dan Roitman at the Huffington Post argues that the effort of speaking in a second language causes you to think more creatively, and make sharper decisions.

5. You’ll be a more creative thinker

Thinking in a foreign language slows your brain processes down, causing you to think analytically rather than emotionally. You will also have to find different ways to say things you may not necessarily have the vocab for, making you a more creative thinker. 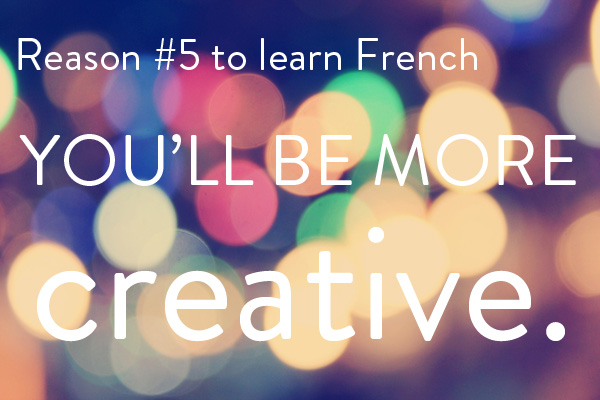 There is also the undeniable fact that French is an attractive language! The ability to tell people you speak French will make you even more interesting (and let’s face it – irresistible) than you already are.

What are the benefits of learning French in particular? The language learning benefits above will apply whether you dedicate yourself to Chinese, Spanish, Latin or even Welsh –  so why choose French?

Laura K Lawless argues the cognitive reasons – as native English speakers, learning another Germanic language will help us understand our own. There are also the business benefits – French is a hugely influential language with thousands of international organisations employing it as a working language.

8. You’ll be able to explore France as an expert – not a tourist

The cultural reasons should not be ignored either. France is an incredible country (we’re sure you already know that), and learning the language allows you to immerse yourself in the culture in a way that tourists simply cannot. 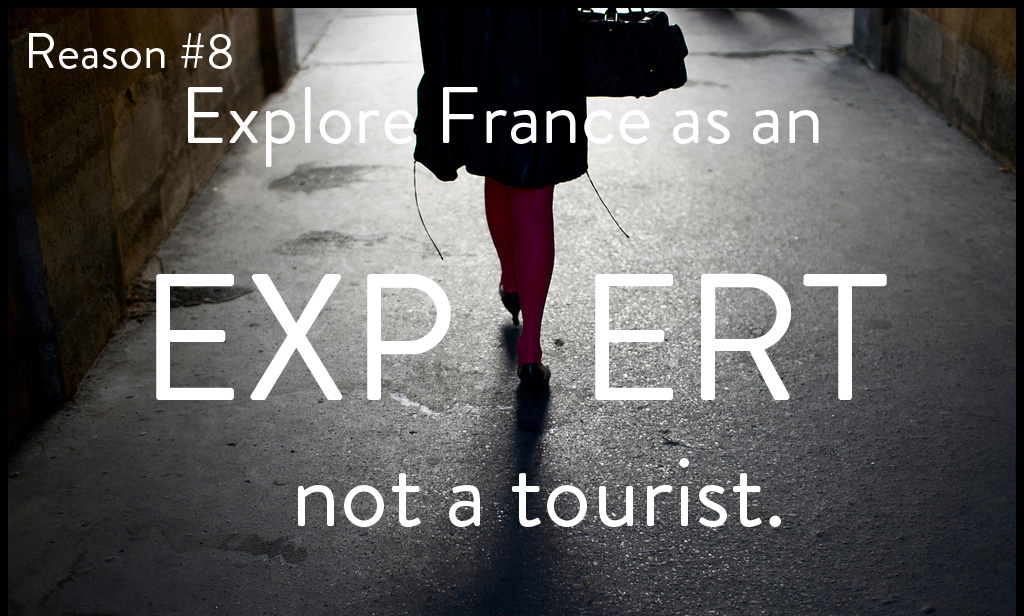 Whether it’s reading the newspapers, chatting with the locals or even just being able to order in a restaurant, there is nothing quite like finding yourself able to converse comfortably in French.

Learning as an adult also brings you a more conversational style of speaking. Those who learn in school are often stuck with stilted, textbook French that they have studied for years, but doesn’t necessarily help them in the real world.

Whether you’re lucky enough to be living in France, or just craving it from afar, you’ll find plenty of other adults that share your passion. There are a multitude of conversation groups and cultural activities that learning a new language allows you to get involved with, bringing you plenty of new friends, and unforgettable experiences.

Picking up the language as an adult, for your own enjoyment (and love of everything French) is definitely the best way to learn, and it won’t be long before you’re living your French dream.

Image Credits:
1. Close up of The Thinker by Brian Hillegas, via Flickr.
4. Paris by Annewil Stroo.