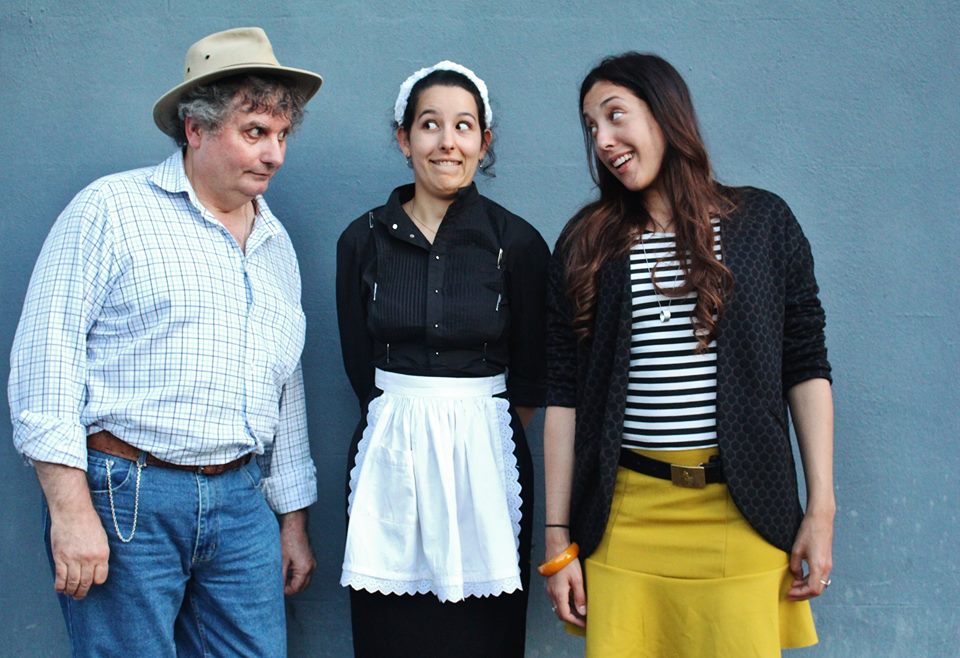 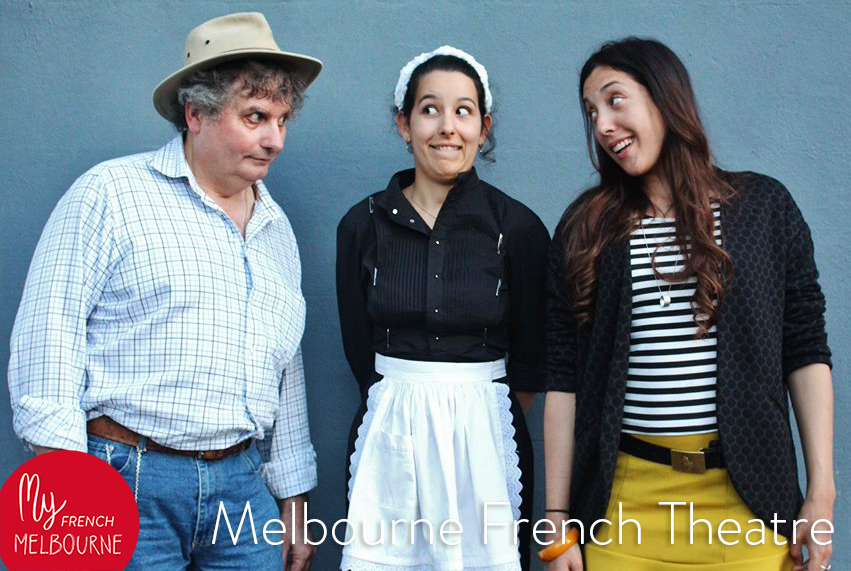 Imagine this: you’re at a play, in French, acted out by French speakers, surrounded by other Francophones and Francophiles. Where are you? France, of course. Well plot twist, folks, we haven’t boarded a single plane – we’re home sweet home in marvellous Melbourne.

The Melbourne French Theatre Company – affectionately called MFT – is nothing short of an institution. Curated under the careful thumb of Australian Michael Bula and co-founder A. David Gorrie, Le Théâtre Français de Melbourne has been bringing an irresistible slice of French to the Melbourne arts scene since 1977.

Today, Melbourne French Theatre has 87 shows to its name; an achievement that Bula is not only proud to be apart of but one that he hopes will allow a legacy to live on.

Bula, then a young Melbourne Uni undergrad, saw an opportunity to combine his two passions for the theatre – “far more exciting than film” – and the French language. The 19-year-old saw the company as his “vision” to fill a void for “Frenchness” readily available at uni.

Why make French theatre for Melbourne? 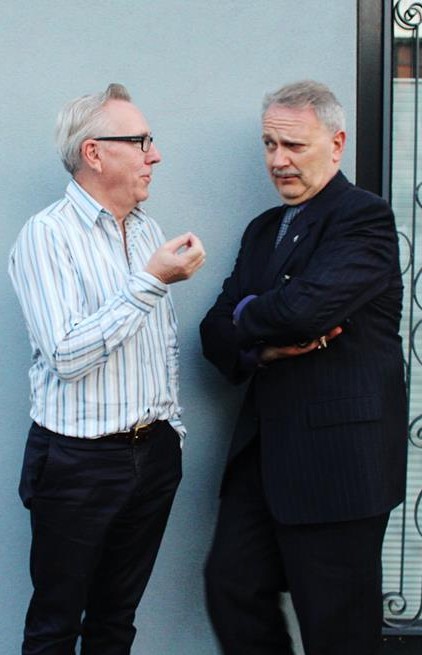 Melbourne is a cultured city, Bula explains; one that has a thirst for French. He watched his hometown grow to appreciate marriages between cultures. Melburnians stopped turning their noses up at it – they were feeding their lives with literature, able to appreciate the craft of the arts without the usual snobbishness attached.

Long gone are the days of the comédie française reserved for the “elite”; a wider demographic now makes up the MFT audience, with new faces every year. Much like French cinema, food and novelists, which Bula coins national “badging”, French theatre fulfils a cultural requirement. “It’s amazing your theatre exists,” he is often told.

[H]aving an innate understanding of what Melbourne wants is key.

Each year the company runs two seasons: one in May and one in September. From Molière’s ‘George Dandin’ with a cast of 50 replicating a village square, to Marrivaux’s humble ‘Double the Risk in Love’, MFT has taken it all on. There’s been the 1960s UK hit ‘Taxi’ adapted by a Frenchman; a fluid comedic experience with quips for days. They’ve even adapted the iconic ’Le Dîner de Cons’ – originally a film.

And just this May, we witnessed Eugène Labiche’s ‘Le Plus Heureux des trois‘ (‘Is Three Really a Crowd?’) – a hugely entertaining tale that spun us round the hamster wheel of love and infidelity. Our stomachs didn’t quite feel the same after those belly laughs…

While Bula’s good intentions have also lead him to introduce theatregoers to playwright “unknowns”, history suggests that commercial constraints will always have significant weight in what we see on stage. Managing the company is much like walking a tightrope: Bula must keep the balance between maintaining a business that is engaging and serving an educational duty, while remaining profitable enough to keep afloat. He says having an innate understanding of what Melbourne wants is key.

In 1985, MFT was recognised as a cultural icon by the French Consul General in Melbourne, and a year later began receiving funding from the French Embassy.

Melbourne French Theatre plays a vital role as a worldly educator. Schools are a certain pathway to widening cultural accessibility, and primary and secondary students make up a third of the company’s audience. Being immersed in French through storylines and visual delights is a welcome change from the often-monotonous classroom drilling. “My policy is accessibility,” Bula says, with student prices and French association discounts an incentive.

Some shows, like ‘Le Petit Nicolas’, are adapted for school incursions. Kids are immersed in the dramatics and the language of the play, which can be adapted in French, English or in a bilingual combination, bringing out even the most timid of students to participate. The company has its sights set on expanding with more interactive workshops and classes in future.

The MFT has covered new turf 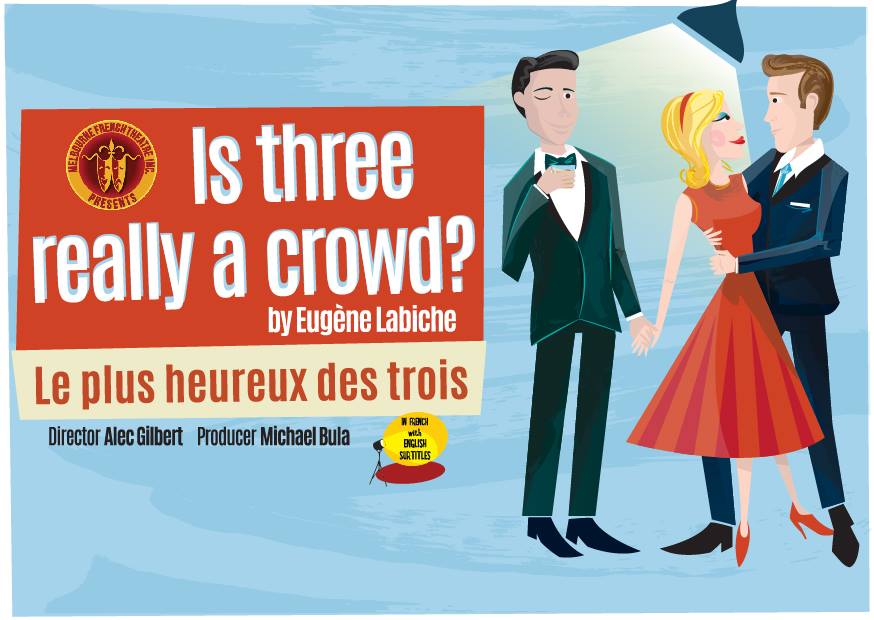 As a French cultural export, Melbourne French Theatre has set new benchmarks for themselves. They’ve had seasons in the Pacific (New Caledonia and Vanuatu), as well as touring domestically in Adelaide, Canberra and regional Victoria.

Melbourne French Theatre is also the gateway to unique professional experiences. One such opportunity is the subtitling project for each production. Bula recalls being so fond of the subtitles when seeing foreign films in cinemas that he now incorporates this novelty in his plays.

In collaboration with Monash University, students completing a Master of Interpreting and Translation Studies take on the arduous task of creating English surtitres for each act. A whopping 500 slides could be required for a single play. Students in groups of six work together, challenged to retain the French language “faithful to the style and message of the playwright”.

Passion is what inspires the company to propel forward. MFT’s end game is not to pave the way for a megastar of French cinema – although it would be more than welcomed.

Passion is the reason why the company continues to thrive 38 years later, offering a niche opportunity for both French and Australian cultures to mix when they might not have crossed paths. Australian directors work side-by-side with French language assistants, and French speakers are reeled out of Melbourne to audition for roles, with Bula’s open-door policy not discriminating against inexperienced actors. He explains that language capacity and offering new opportunities to actors will win out over monopolising roles every time. MFT simply asks to connect actors, volunteers, sponsors and audiences alike through a shared valuing of French theatre. 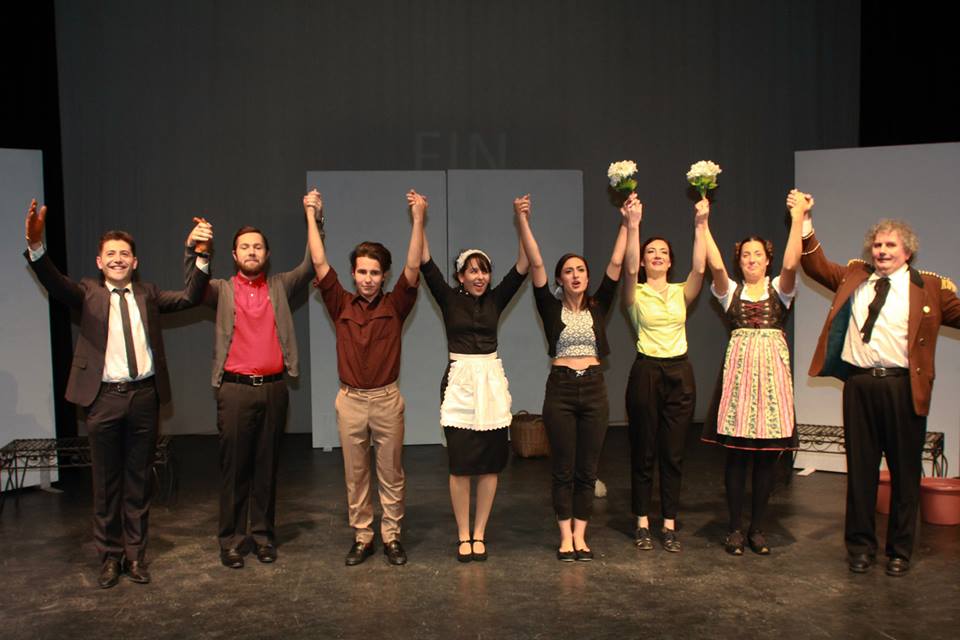 Have you been to the Melbourne French Theatre? We’d love to hear about your experience!

All images courtesy of the Melbourne French Theatre Company.