A climate of change: Paris hosts the COP21 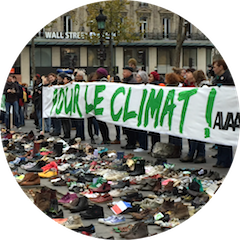 But a few months ago, when I first noticed the seemingly meaningless syllable ‘COP’ paired the just as meaningless number ‘21’, it sounded like yet another summit for the world’s powerful, in which ordinary people would not have much involvement.

Although it didn’t trigger much of my curiosity at the time, this isn’t the case anymore. There is not a day when an article, a poster, an event, an activity, or a political decision in France does not claim to be related to climate change and COP21.

COP21 is the 21st Conference of the Parties to the UN Framework Convention on Climate Change, who meet annually. This year, the countries that want to take action against climate change will meet in Paris from 30 November to 11 December – and the French are taking this very, very seriously.

The French Government insists on saying that it wants the conference to be a success. For them, success would come mainly in the form of an agreement: the Paris Climate Alliance. This alliance would be “capable of keeping the average global temperature rise below 2°C compared to pre-industrial levels and [adapting] our societies to existing disruption”.

A lot is at stake for President Hollande. With his domestic policy having been severely criticized by the majority of the French public (of all political leanings), his actions are being scrutinized so much that any faux pas would definitely jeopardize his already meagre chances to run for a second mandate.

On an international level, the success of such a big event would restore the glory France may have recently lost as a result of its ongoing crises – unemployment, identity and debt, to name a few.

On top of that, if the future of our planet lies in the hands of our leaders, then climate change is less a question of political strategy than one of life or the total decline of the human race.

The current climate: France at the eve of COP21

Even before the tragic events of 13 November and the enforcement of exceptional security measures, France was already feeling pressure when the government announced that borders would be tightly controlled and security levels in Paris stations, airports and public places would be at their highest. This means there will be a large presence of armed police officers everywhere in the capital. 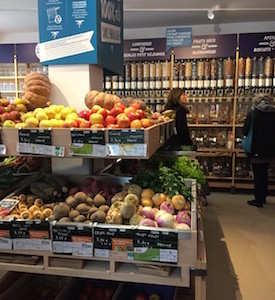 COP21 has also become the leitmotiv for any entrepreneur hoping to break ground in matters relating to environment-friendly initiatives, promoted and sponsored by the French Government and the Ministry of Sustainable Energy. Most projects and innovations feature on the government site Votre Energie pour la France and range from solutions to convert waste into water to making transport more accessible for people with disabilities.

On a smaller scale, to illustrate the French people’s creative and joint efforts to welcome the conference, the managers of Biocoop, a French chain of health food stores, opened ‘Biocoop21’ on 4 November, a store selling items with no packaging at all. I went to buy my olive oil there on the day of the launch and found myself among a crowd of bloggers and journalists excited to report on it!

Unity and hope in Paris

The impulse and enthusiasm felt in anticipation of the COP21, though temporarily halted by the tragedy that preceded it, will not stop the French from uniting once again.

On the contrary, they’ll come together and do their best to show their involvement, concern and support to the 80 heads-of-state and the 40 000 visitors (journalists, participants, delegations, NGOs, activists and observers) expected to attend the conference. There will be discussion, but actions have already been taken. 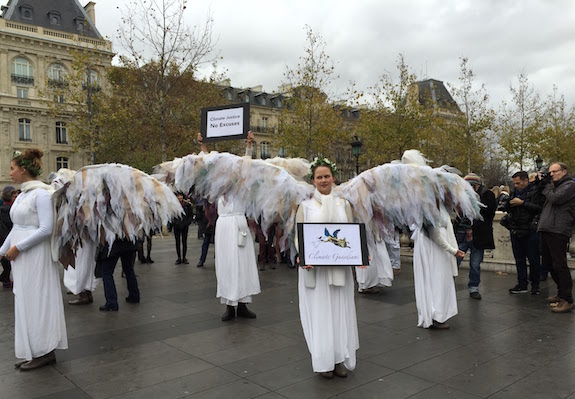 The expectations surrounding COP21 are certainly very high and serious – some specialists are even predicting that this year’s conference might be our last chance at tackling climate change.

However, in the midst of this fear and this particular time of grief, a hopeful, festive time is to be lived in the City of Light while the conference has the attention of a whole planet! #COP21 is trending!

Are you in Paris during COP21? Have you started changing certain habits to help respect and preserve our environment? Let us know in the comments below!