Shakespeare and Company Café: a space for creatives in Paris 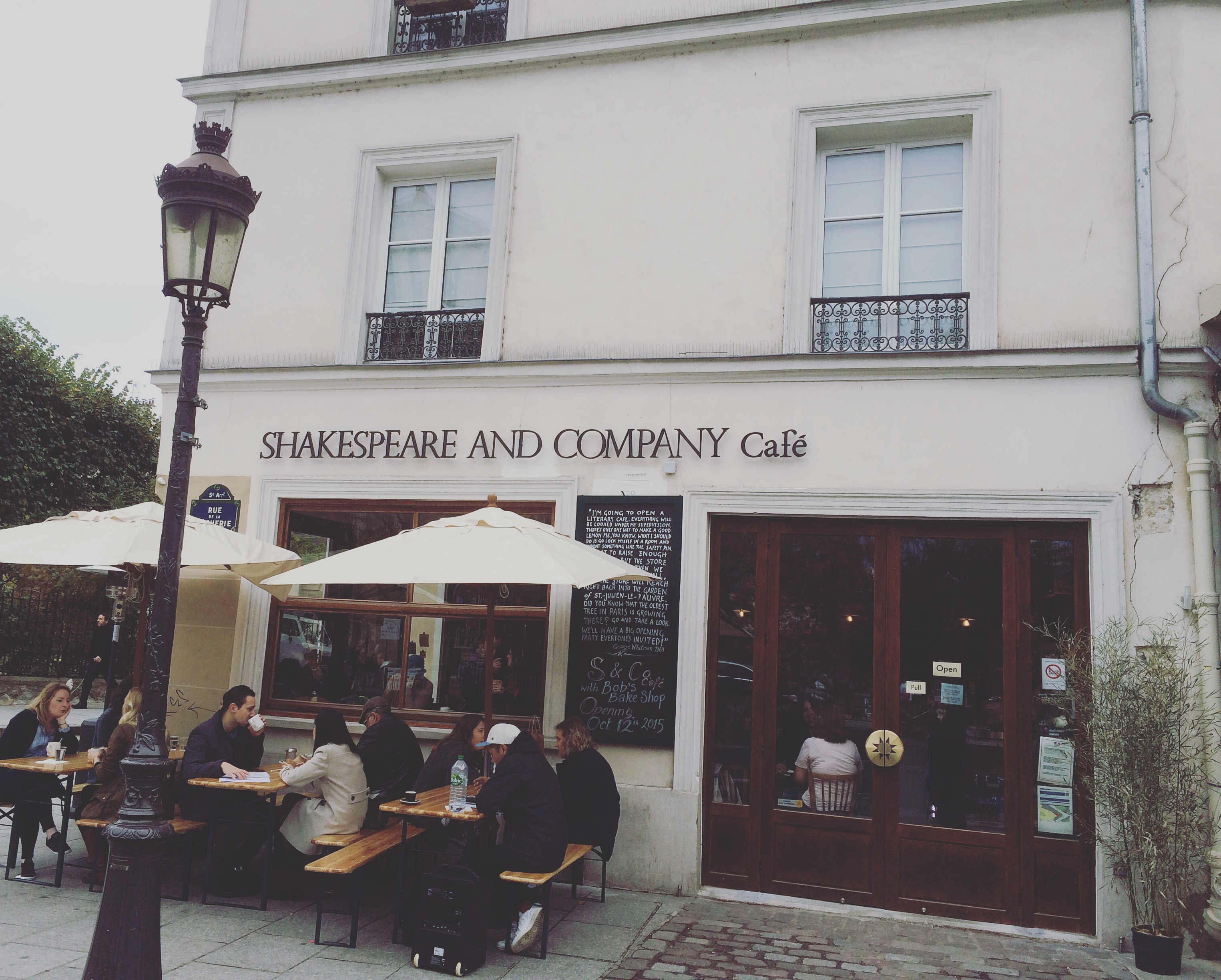 Since opening its doors in 1951, the Shakespeare and Company bookshop has proved a major attraction for literature lovers from around the world.

Now, the newly opened café provides a respite from the crowds of tourists gathered at the bookshop next door, allowing the creatives of today to bask in a literary atmosphere while drinking locally produced coffee.

I visited the café to see if it was as wonderful as I imagined.

Shakespeare and Company in France: a literary history

The original Shakespeare and Co. bookshop was set up by Sylvia Beach in 1919 and was a gathering place for writers such as Ernest Hemingway, Ezra Pound and James Joyce. The store was closed during the Nazi occupation of France and never re-opened. Rumour has it that the store was forced to close because Beach denied a German officer the last copy of Joyce’s ‘Finnegan’s Wake’, however this has never been confirmed.

In 1951, American ex-serviceman George Whitman opened another English language bookstore, Le Mistral, on the banks of the river Seine. In 1964, after Sylvia Beach’s death, Whitman renamed his bookstore ‘Shakespeare and Company’ in tribute to the original, and it still stands today. 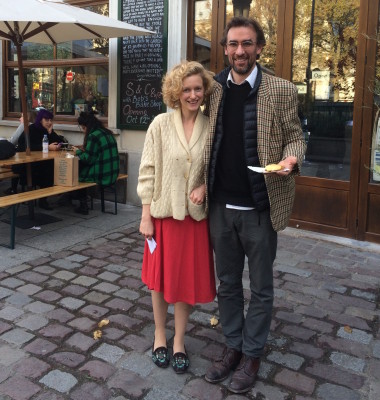 It was George who announced “I am going to open a literary café” but it was his daughter, the second Sylvia, who realised his dream. A blackboard hanging on the wall outside the cafe features a quote from Whitman himself.

Sylvia now owns Shakespeare and Co., and recently opened its café with her French husband David Dellanet. They are a quirky, friendly couple who happened to be at the café when I visited, enjoying a slice of lemon pie.

The story behind Shakespeare and Co. (and so, the café) is told beautifully by Vanity Fair and is an ode to one of the most famous bookstores in France.

A French literary feast: inside the café

The interior walls of the café are exposed brick and the floor is decorated with retro 1970s tiles. The counter in the centre boasts tiered cake stands and cake domes, filled with mouth-watering treats.

Pot plants add some green to the room, and leather bound books are stacked on the counter and on the bookshelves that line the walls. The selection is delightfully random, featuring titles such as ‘Cooking for Artists’, ‘Eragon’, ‘The Catcher in the Rye’, ‘Natural Wine’ and a children’s book called ‘My Wild Family’. 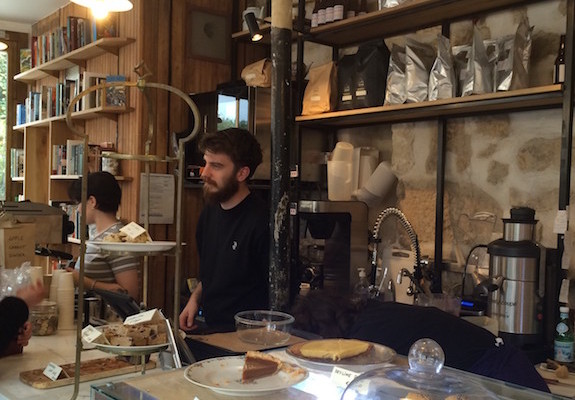 The food on offer is healthy, and much of it vegan. I chose the apple, carrot and ginger juice, at the hefty price of €6.50. The impressive spread included home-made bagels, Pad Thai, honey pie, and the Flapjack Kerouac.

From spring 2016, the café will sell ‘A Moveable Feast’ picnic baskets for Seine-side eating. They will include wine, cheese and a complementary short story – all ingredients for a perfect French picnic.

Francophiles, food-lovers, freelancers: an enriching atmosphere for all

There was no inside seating left when I arrived, so I took my juice outside and found myself in interesting company. Customers can sit at outdoor tables, beneath the protection of cream coloured umbrellas. 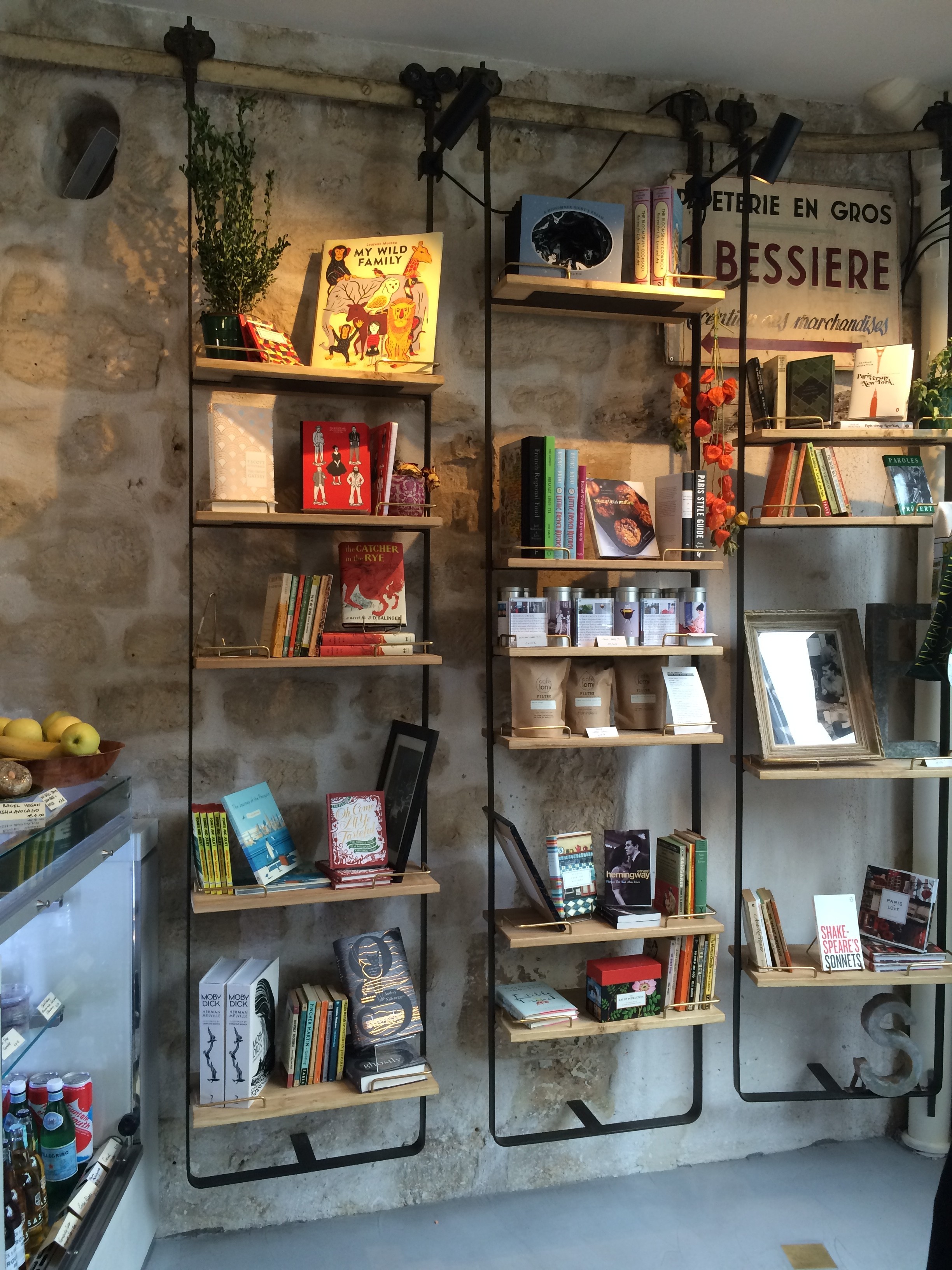 To my left sat two French students in long black coats, sipping black coffee and discussing horror films. To my right, two writers – one American and one English – were discussing freelancing and a new job at American Vogue.

It was these encounters that affirmed my hopes for the Shakespeare and Company café: that it would be an enriching and creative environment, just like the bookshop next door.

But what would the old hats of the original Shakespeare and Co. have thought of its second coming’s new café?

Hemingway, who used to rummage through the treasures of the bouquinistes along the Seine, would surely feel at home surrounded by the stacks of books. Ezra Pound, who built many of the bookshelves for Shakespeare and Co. and loved to entertain, would have enjoyed the enthusiastic discussion that goes on between writers over cups of tea. And Kerouac would have certainly appreciated that a flapjack had been created in his honour!

Have you visited the Shakespeare and Company café? What did you think? Let us know in the comments below!