A visit to Van Gogh: step outside Paris for a cultural escapade like no other 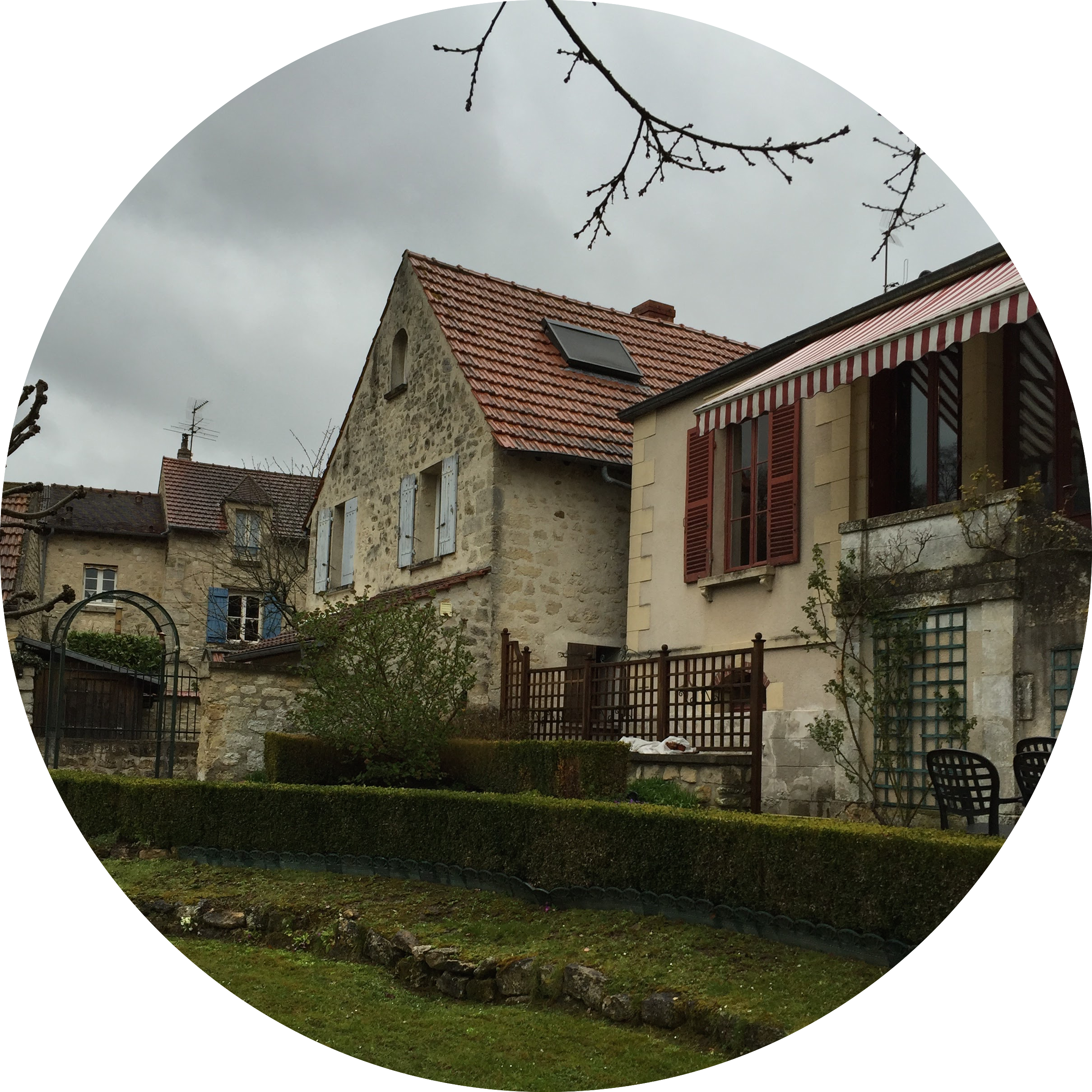 Join Jacqueline Dubois Pasquier as she departs her comfort zone to travel in the steps of Vincent Van Gogh at Auvers-sur-Oise.

I have always lived in big cities and enjoyed it; I hardly complain about pollution, traffic jams and endless lines. As I am currently a happy and proud Parisian, the only time I spend outside the capital is when holidaying in my small hometown in the South of France.

However, when I was offered to walk ‘In the steps of Vincent Van Gogh’ for a themed trip to Auvers-sur-Oise in the Northwestern part of Paris, there was no turning it down! Indeed, everybody around me thought it was an exceptional opportunity: ‘Lucky you!’ they chanted.

So I turned up on a rainy Spring morning at the Porte Maillot meeting point to embark on the day-long trip, along with a group of thirty participants. We stepped eagerly into the bus that would drive us towards our remote destination. 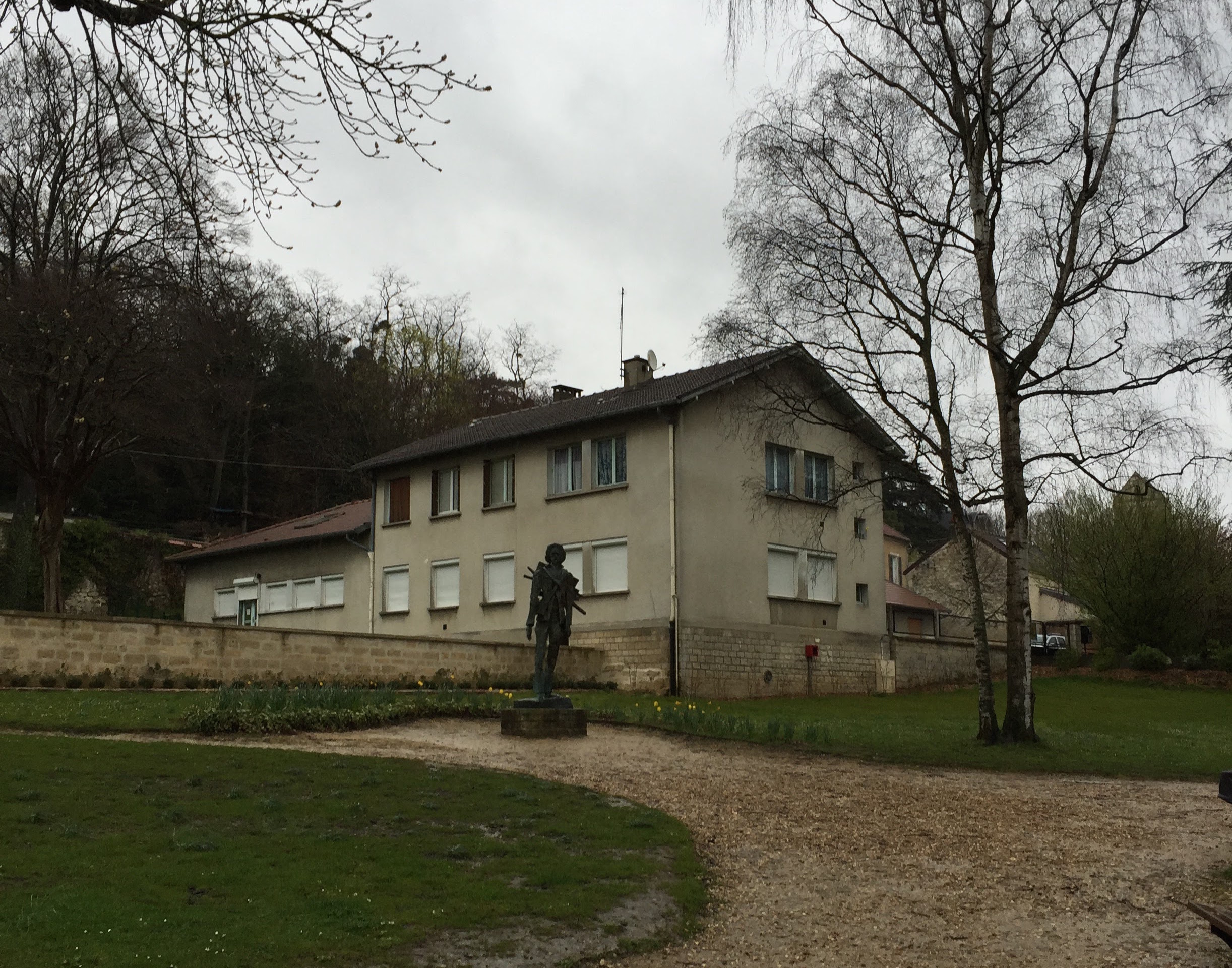 A beautiful small town in the French countryside

After an hour or so of driving through gloomy suburbs of concrete and smoking chimneys jutting out among plants, we emerged into an oasis of serenity. The small town has a river running through it and well-trimmed gardens adorn old bourgeois houses; narrow paved streets wind their way up to the medieval church. 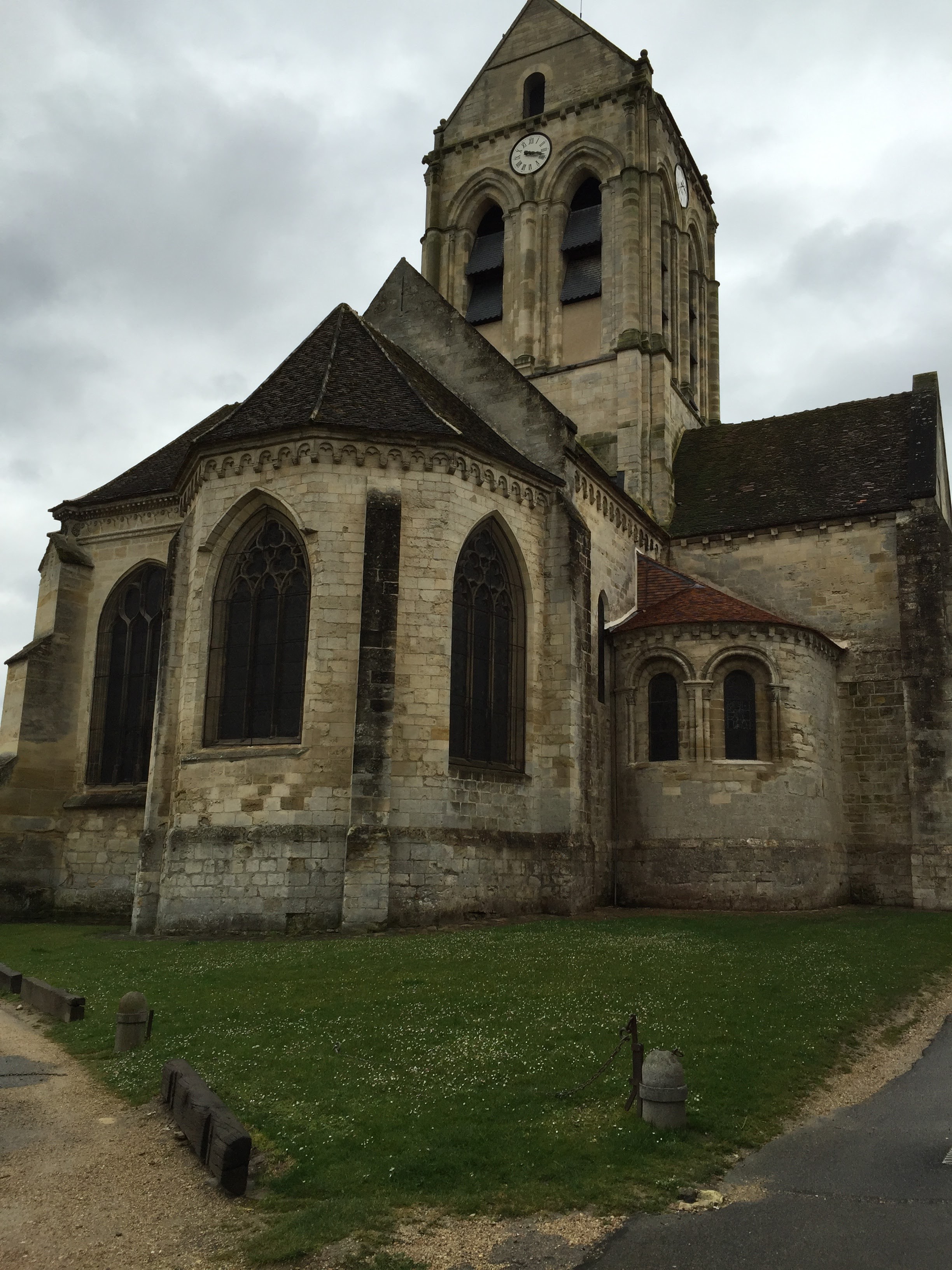 The church is one which you recognize immediately as the model of Vincent Van Gogh’s painting, which is matter-of-factly replicated on a poster on the side of the church for everyone to see. There’s no denying that you have a typical French village of the countryside in front of you—almost untouched by time—but there is more than meets the eye.

A town in search of lost time

Vincent Van Gogh spent only the last seventy days of his life in this place, but he created over seventy paintings during this most prolific period of time! A stop at his grave is as emotional a moment as when you walk timidly into the tiny attic room at ‘Auberge Ravoux’ where the great artist sojourned. This inn was bought and thoroughly renovated thirty years ago by Dominique-Charles Janssens, a passionate man who has made the artist’s dream his own to pursue.

Among his endeavours Janssens has ‘set up an exhibition of Van Gogh’s works in a café’—considered an indispensable achievement at the time. I was totally exhilarated after hearing the story of Mr. Janssen, whom I considered a philanthropist rather than a business owner.

The only existing Absinthe Museum 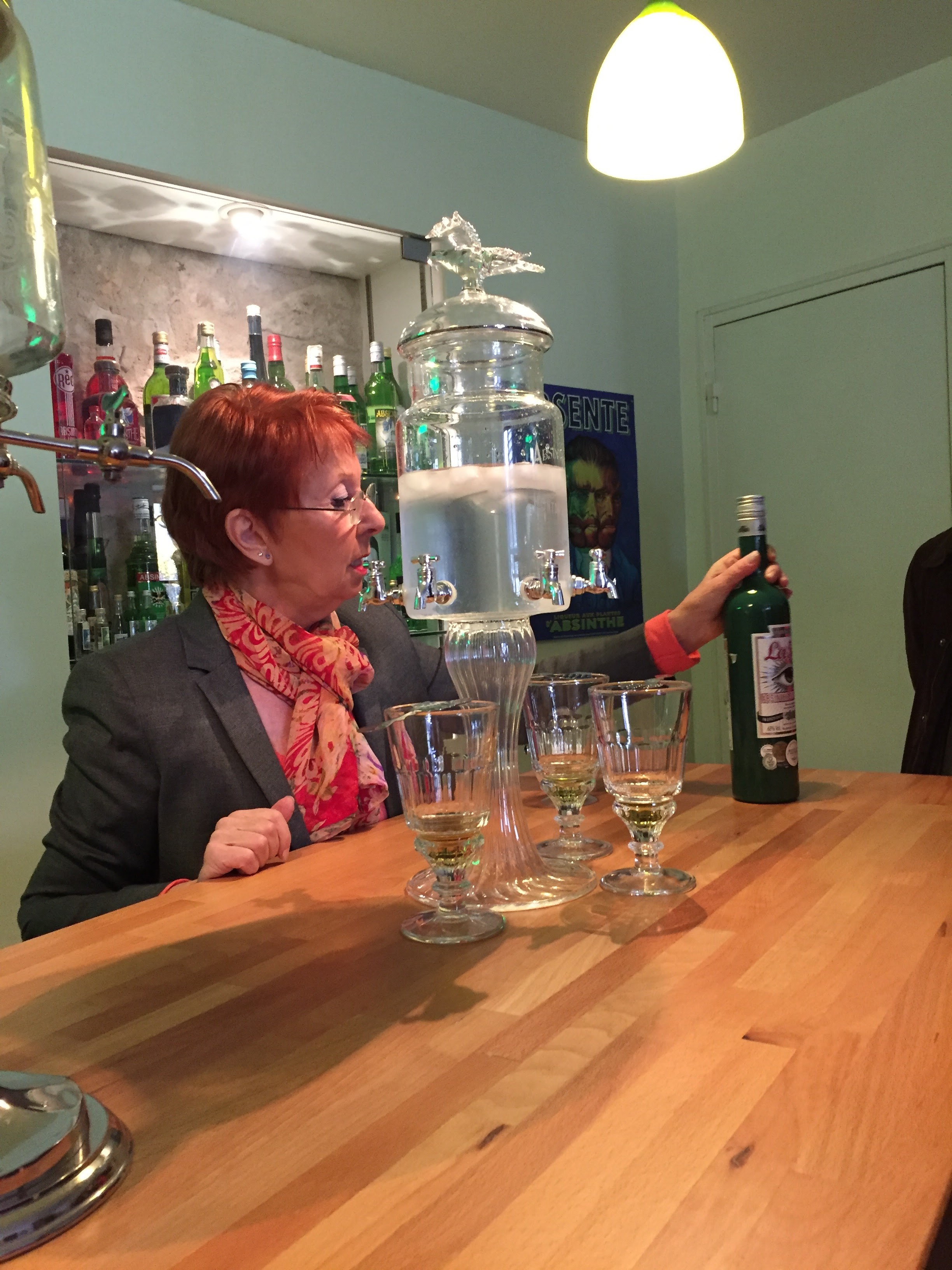 The day had already taken an exciting turn at Museum of Absinthe where we had been shown around by founder and owner Marie-Claude Delahaye. Marie-Claude has spent her life collecting and gathering all possible artifacts on the Green Fairy.

Even just the word ‘absinthe’ inevitably evokes the atmosphere of the world as it existed before the drink’s prohibition in 1915, as depicted in the naturalist novels by Emile Zola or reported by the many poets and artists’ extravagant lifestyles—Baudelaire and Van Gogh, to name only two!

I was bewildered as I lay my eyes on the window display of the absinthe spoons, which are perforated for holding the sugar cube over the glass. Further, I discovered one of them had been a prop in Francis Ford Coppola’s film ‘Dracula’!

More delving into the 19th Century 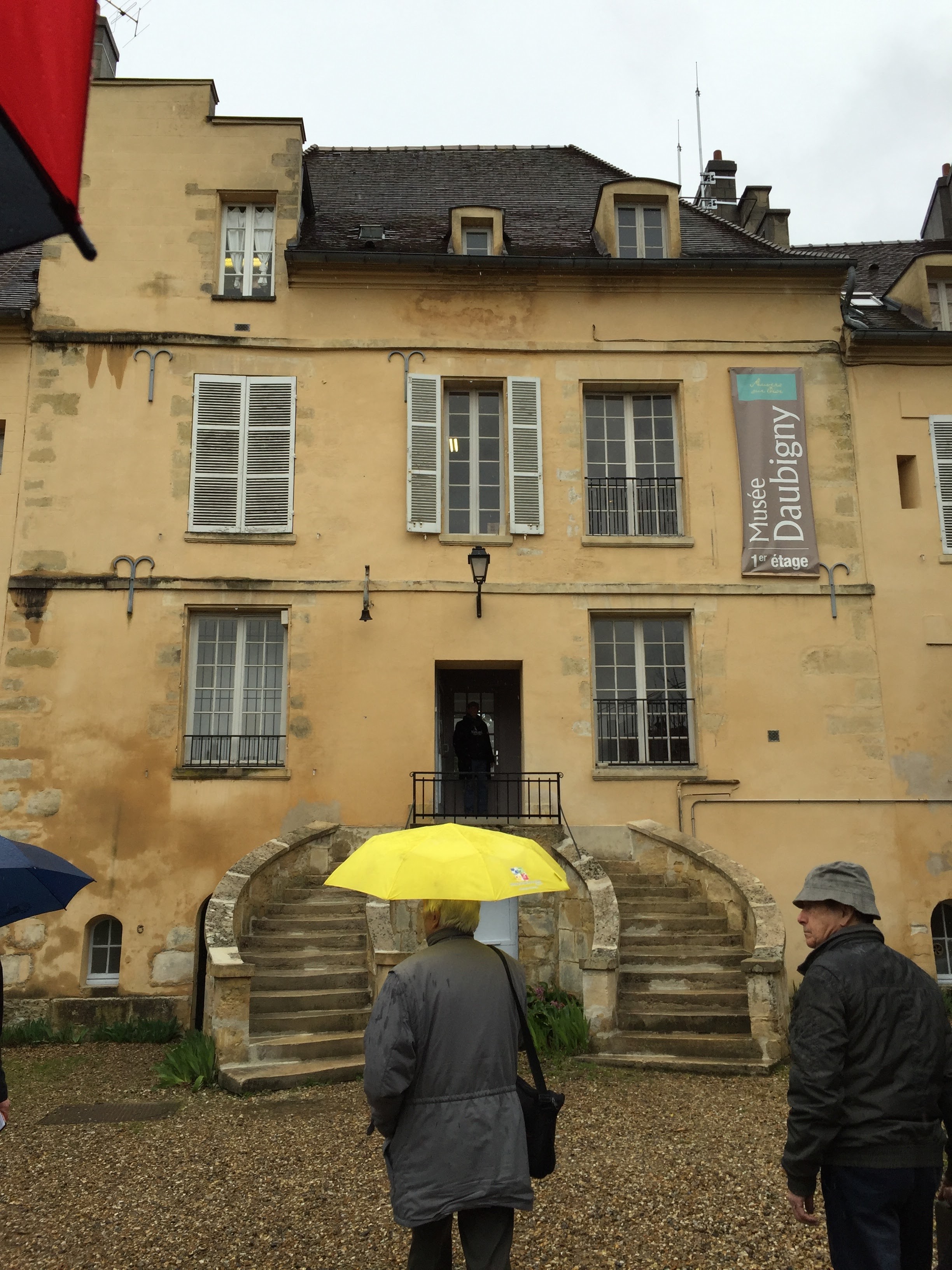 Be it for their delightfully quaint charm, or their stories as told by dedicated people, there was not a place I visited on the day of cultural immersion that did not leave me starry-eyed and thoughtful about the past.

We completed our pilgrimage with trips to The House Studio of pre-impressionist painter Charles-François Daubigny, the House of benefactor Dr. Gachet (both abodes carefully preserved), the Château d’Auvers (currently showing an interactive exhibition on Impressionist Parisian life) and the Daubigny Museum. So not only did we follow the steps of one famous painter, but also made our way—in the drizzling rain—through a town where all the clocks had suddenly stopped ticking on the eve of World War I.

In reporting on my trip, I must do justice to Auvers. The town is not solely about the past and history. If I go again (and I will), I intend to enjoy some outdoors time on a barge cruise on the Oise River, visit the live-in contemporary artists exhibition at La Galerie or simply stroll in the nearby countryside to fill my eyes with the exact landscape that inspired Vincent Van Gogh, no less!

Getting there: Direct trains on weekends from 2 April to 28 August, just 35 minutes from Gare du Nord
More information: Visit the official tourism site or their Facebook page.

Would you be interested in tracing Van Gogh’s steps? Do you have an recommendations for historic trips? Let us know in the comments.