Roquefort cheese: your guide to the stinky, blue cheese 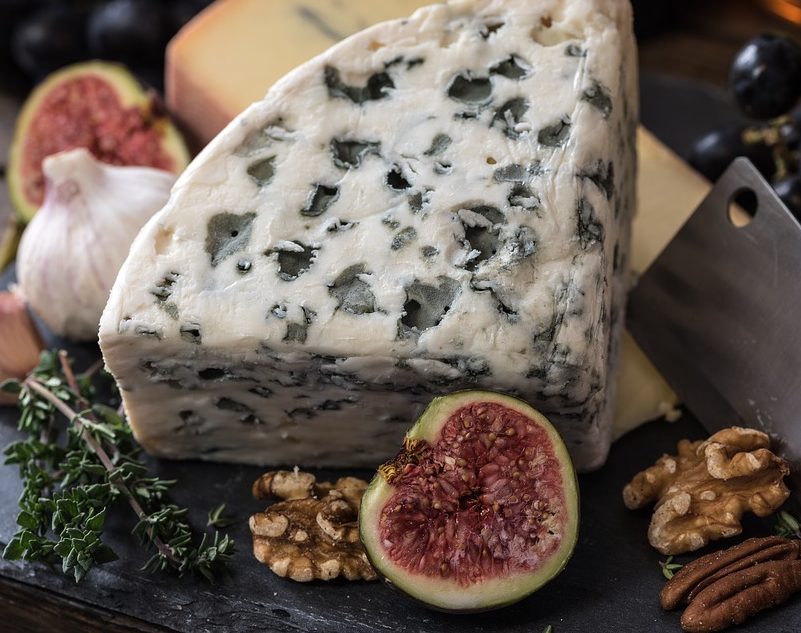 You either love it or hate it; Roquefort cheese is rich, creamy, tangy and salty all at the same time. Distinctive veins of blue mould run through the moist, crumbly cheese, which can be off-putting to some foreigners, but in France, Roquefort is known as ‘the King of Cheese’.

Legend has it that Roquefort cheese was discovered after a young shepherd abandoned his lunch of bread and ewes’ milk cheese in a cave to follow a beautiful girl in the distance. When he returned to the cave a few months later, mould had converted his basic cheese into what is now known as Roquefort. 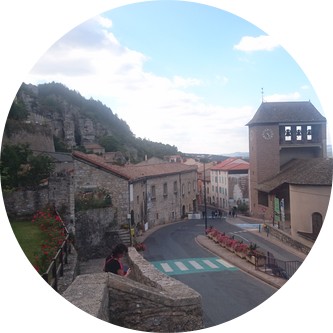 Living in the South of France where Roquefort cheese is produced, I decided to visit the unique village of Roquefort in the Aveyron region.

The village is peaceful yet industrial, with close to a thousand people working to produce this famous cheese. I toured the largest of seven Roquefort producers: Société des Caves de Roquefort.

Here’s my guide for all you need to know about this renowned cheese and how best to enjoy it.

Contrary to legend, Roquefort cheese came about after the Cambalou Mountain collapsed one million years ago. The collapse created a messy pile of rocks with natural faults and caves. These caves were turned into cheese-making caves, and the faults, known as ‘fleurines’, act as climate and humidity control systems allowing for the constant renewal of air.

Funnily enough, Roquefort cheese is made with the help of bread! Cheesemakers leave bread in the caves for six to eight weeks until the bread is completely covered in a mould known as Penicillium roqueforti.

The ripening process of Roquefort cheese is a delicate one, requiring constant monitoring by the ‘master-ripeners’. At the Société des Caves de Roquefort, long needles are inserted into the cheese to create holes for aeration. The cheeses are then placed along wooden shelves with small spaces between them and salt is added to the surface of each cheese. The addition of salt, in combination with the Penicillium roqueforti, allows the cheese to ripen nicely. 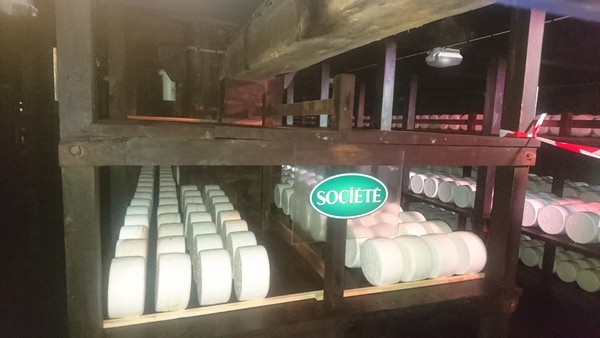 Now for the waiting game, this process can take between 14 and 25 days depending on the strain of mould. During this time, the Penicillium roqueforti enters the holes made by the needles and grows from the inside out, creating the famed blue-green vein effect.

The cheese ripener is essential to the making of Roquefort cheese, monitoring the cheese throughout its life to ensure the best result.

Surely eating mould can’t be good for you? 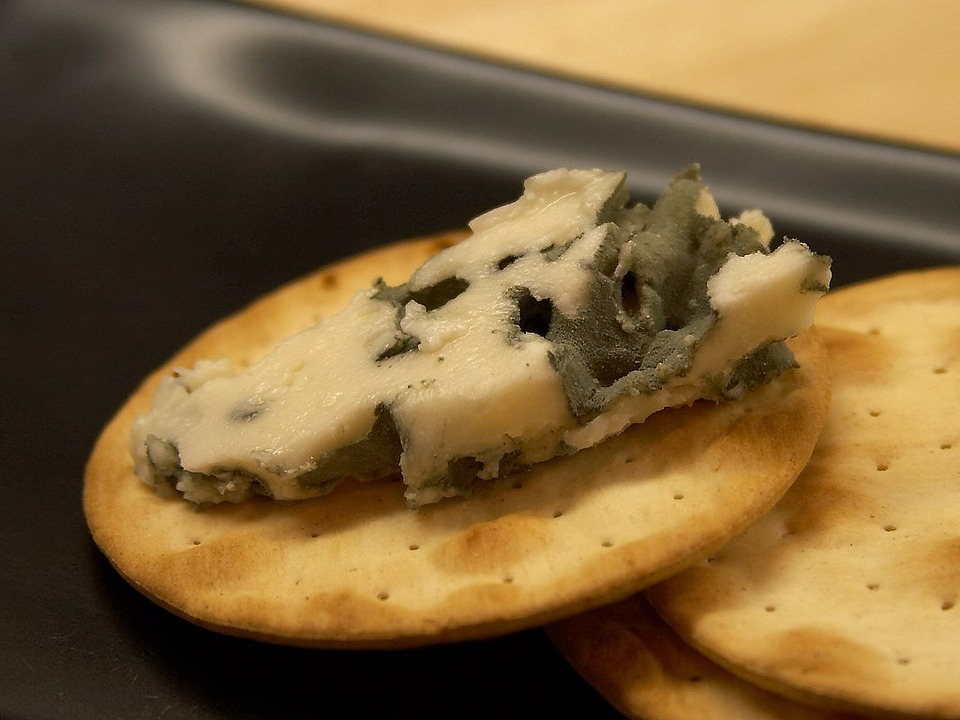 Eating mould may, in fact have health benefits! According to The Telegraph, eating Roquefort cheese could help to prevent cardiovascular disease due to its anti-inflammatory properties. Research has also found that this strong cheese is great for gut health and slowing down arthritis and signs of ageing, such as cellulite.

But don’t get too excited and start chowing down on Roquefort cheese for breakfast, lunch and dinner. The delicious Roquefort is, unfortunately high in both calories and cholesterol. Also, even if Roquefort mould is harmless, other kinds of dangerous moulds can easily grow on this cheese if left too long or incorrectly stored. 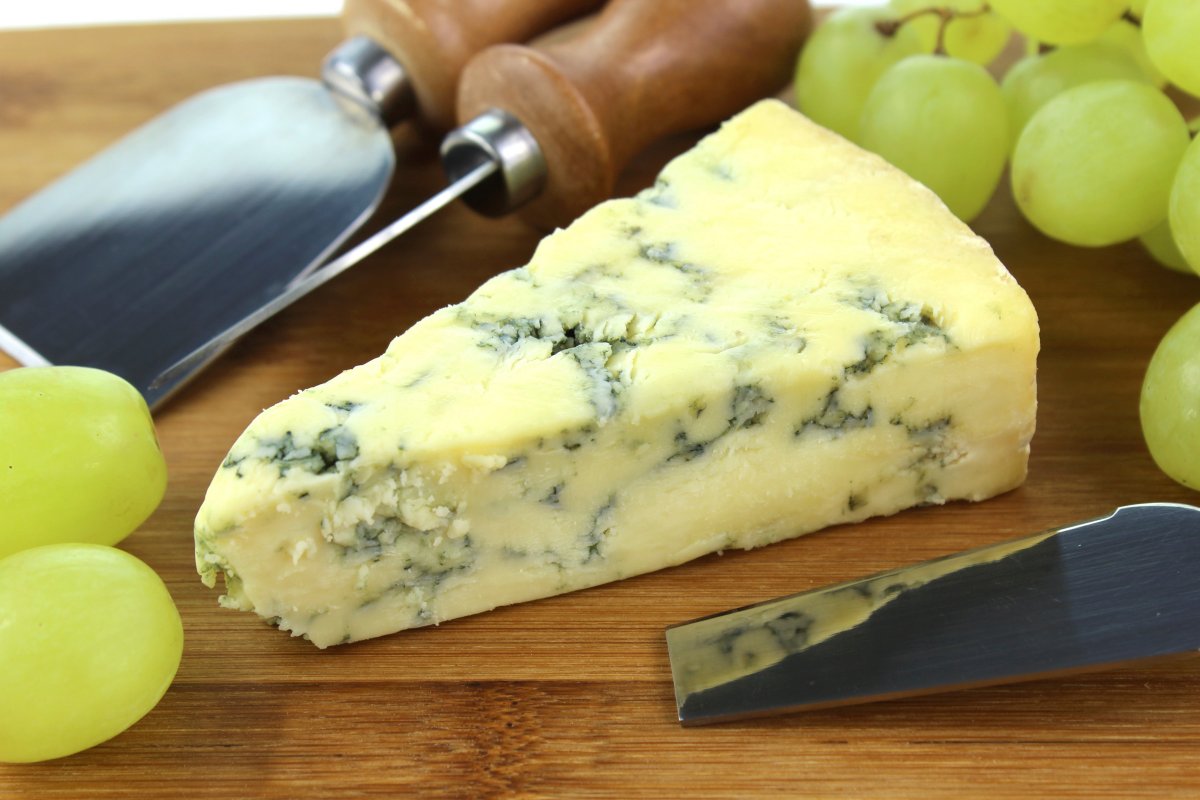 To get the most out of your Roquefort cheese try it with some fresh bread, ripe fruit and rich, sweet wine – the perfect way to end a meal.

Do you like Roquefort cheese or do you find it too strong? What is your favourite kind of cheese? Let us know in the comments bow below!