Every year the run up to Christmas in France sees a big televisual event in the shape of the Miss France beauty pageant. Millions of French people tune in to watch the winning young woman crowned as ‘la plus belle femme de France’. Why is the competition still popular in modern-day France, and does it reveal some uncomfortable truths about French society today?

Miss France’s ‘reign’ begins in the January following the competition, which in 2016 was held on 17 December. That evening the hashtag #MissFrance was trending on Twitter for hours. However, not all the tweets were congratulatory, and it’s not the first time that this competition was blighted by controversy. 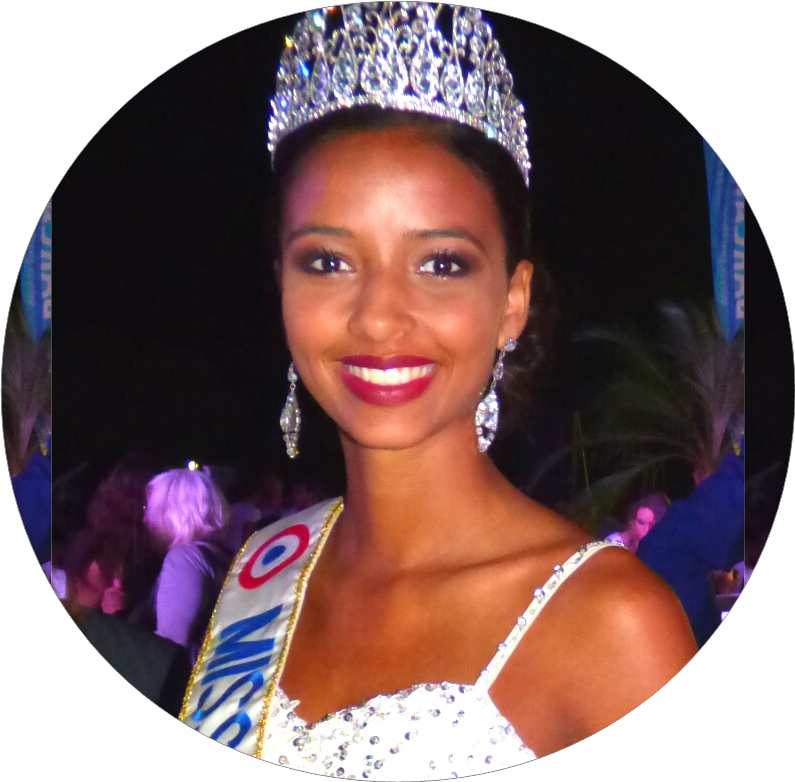 Miss France 2017 is Alicia Aylies, former Miss Guyane who hails from French Guiana, officially part of France since 1946 and located in South America. Henry de Lesquen, radio presenter and politician, was among the people commenting unfavourably on her win due to her skin colour. In his tweets he claims that Miss France ought to be caucasian and from mainland France. He was far from the only person voicing such opinions.

Unfortunately this is all too familiar: the last time a black woman was crowned Miss France was Flora Coquerel (pictured) in 2014, and she too was subjected to horrific racist abuse on Twitter.

Racism in France, is it inevitable?

According to Carol Mann, a sociology and gender studies professor at Paris’ Sciences Po University, these racist attitudes originate from French colonialism and are also tied into ideas of femininity and French beauty. She explains:

France has a deeply ingrained colonialist culture and still believes in a form of racial hierarchy and Gallic supremacy. The situation is especially touchy with women; ‘la petite française,’ and ‘la parisienne’ are highly exportable and marketable myths that the French work hard at maintaining. And those expressions are usually synonymous with fair, European features such as Brigitte Bardot.

We are probably all guilty of idealising a ‘French’ beauty, but only holding a very narrow vision of who French women are and what they look like. France today is a multicultural, multiracial society and the Miss France competition mirrors that. After being accused in 2012 of being ‘white as snow’ Miss France is finally reflecting France’s ethnic diversity. Perhaps it’s only a small slice of popular culture, but it’s an important milestone nonetheless.

Or a vocal minority of racists?

The first winner of African heritage, Sonia Rolland, believes showing France’s diversity in the pageant is important. She received hate mail and abuse when she won in 2000 including excrement posted to her home.

At the time, I opted not to speak about it. I didn’t want to give any importance to a small group of ignorant racists when those who had voted for me were open enough to choose a French-Rwandan mulatto woman.

This is probably the most revealing point: the public voted for the winner. Clearly the majority of viewers want to see an accurate representation of their society among the women competing. It is also essential to note that for every racist tweet there were many more vehemently contradicting them, and more still celebrating Miss Guyane’s win.

Why is a beauty pageant popular in modern France?

Perhaps the bigger question is why the Miss France pageant is held at all and why is it so popular. Over 8 million TV viewers, a trending Twitter topic, dozens of tabloid magazine pages devoted to it; it’s evidently still culturally relevant in today’s France.

Rules of the pageant state that contestants mustn’t have ever been married or had children, they mustn’t have any tattoos or piercings other than their ears, and they must never have taken (or will take in the future) nude or partially nude photographs. These criteria, along with the age limit and obvious physical requirements, seem bizarre and woefully outdated in 2017. Feminist group ‘Osez le Feminisme’ (OLF) have declared the competition sexist and degrading, questioning why women are competing against one another on a purely physical basis.

Spokesperson for OLF Eléonore Stévenin quipped: “in Miss France you pick women as though you’re doing the shopping at a supermarket”. She underlines the patriarchal idea of ‘purity’ that is promoted by the unmarried and childless status of the women, coupled with the competition’s strict no nudity policy. Ironically, a swimwear round and ‘sexy procession’ is part of the contest.

The curt response from the organisers is that Miss France contestants work to improve the status of women and support charitable causes.

According to Francois Jost, a media expert, part of the popularity of the competition is because of its ‘reality show’ aspects and that it’s broadcast in the run up to Christmas – a time of year when we indulge in frivolity and lightheartedness.

He also states that it’s often the ‘relatable’ girls who win, unlike wealthy socialites or the children of celebrities who tend to be famous. He claims the contestants are often from a modest, provincial background, and that they embody a certain authenticity which the French public appreciate.

However, Sonia Rolland remembers being subjected to snobbery after her win and found breaking into the film industry difficult as people assumed she was a ditzy beauty queen.

Despite this, she cites the competition as a platform which offered her possibilities “which I would never have dared dream about – especially me – a mixed-race girl from Burgundy, living in social housing”.

‘Osez le feminisme’ have described the competition as tacky, but is there an aspect of snobbery in their criticisms? This year’s winner will spend 2017 living rent-free in an apartment in Paris, with an income of €3000 per month, and will receive prizes worth approximately €100 000. This sort of opportunity is rare for young women from poorer backgrounds, and yet, are these prizes merited?

As one of the most-watched televised events of the year, it’s clear that the French public is still transfixed by the glamour of the Miss France competition. From an outsider’s perspective, it’s an idiosyncratic aspect of French culture that seems out of place in 2017, but paradoxes like this are part of what makes France so fascinating.

Do you think the Miss France pageant is a bit of fun, or the manifestation of French sexism? Are beauty pageants popular in your country? Let us know your thoughts in the comments below.