Ghouls behind the guillotine: an iconic symbol of French history 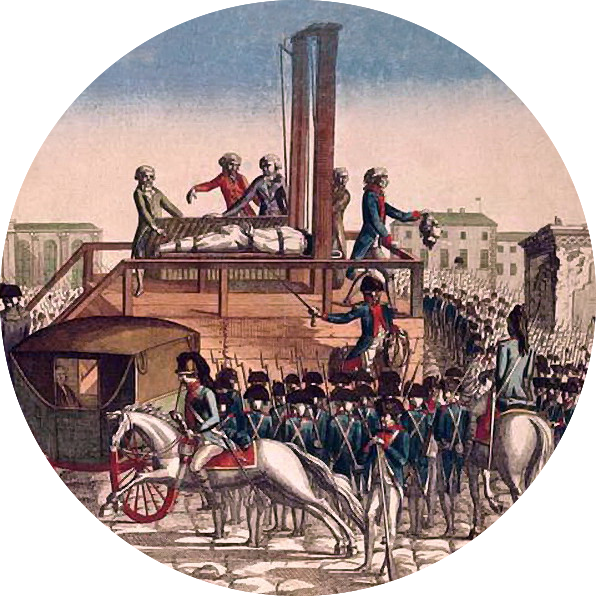 In 1977, just forty years ago, the Star Wars phenomenon was born. It was also the advent of the first Apple computer. Ian Botham made his debut in an England test cap in a match against Australia. It saw the deaths of Elvis Presley, Anthony Eden, and Charlie Chaplin. And, in France, the blade came crashing down for the last time on the neck of the last head that was severed by the guillotine.

Bizarre as it may seem, it was Louis XVI who first approved the guillotine as a ‘humane’ form of execution. And it was Louis himself who was later able to test this hypothesis when his subjects demanded his head.

The King, Marie Antoinette, and over sixteen thousand others lost their lives when their heads tumbled into baskets during la Terror.

Introducing the guillotine: a ‘humane’ form of execution?

Some members of the public initially complained that this ‘humane’ machine was too quick and clinical, but before long the process had evolved into high entertainment.

People went to the place de la Révolution in droves to watch the gruesome daily spectacle when the tumbrels arrived. 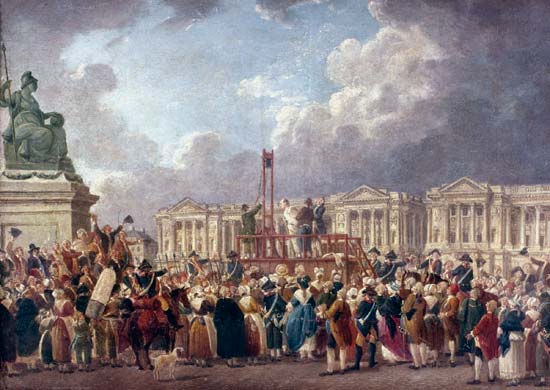 The guillotine was immortalised in countless songs, jokes, and poems, and the nearby Cabaret de la Guillotine offered snacks and drinks.

Spectators could buy souvenirs and programs listing the names of those beheaded. The famous ‘tricoteuses’ were there always at hand, knitting away in between beheadings.

Before the guillotine: a harrowing alternative 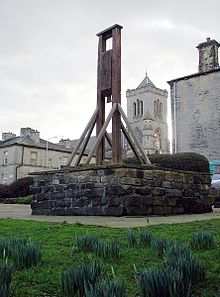 Prior to the Revolution, France’s preferred method of executing offenders was breaking them on the wheel.

This bloodthirsty practice was designed to inflict as much pain as possible prior to final release. This often encouraged public participation.

The condemned person was tied to a cartwheel. The wheel was turned slowly, while the executioner, using a large hammer or iron bar, broke the victim’s joints and bones.

Depending on the gravity of the crime, the executioner would strike the condemned prisoner on the chest and abdomen, to cause a quicker death. Thus, coups de grace, or ‘blows of mercy’ hastened the demise of the victim.

In France, a special grace, the retentum, could be granted where the victim was strangled before the pain and agony of breaking began.

On 10 September 2017, La Depeche carried a full page article on the last time the guillotine was used in France. 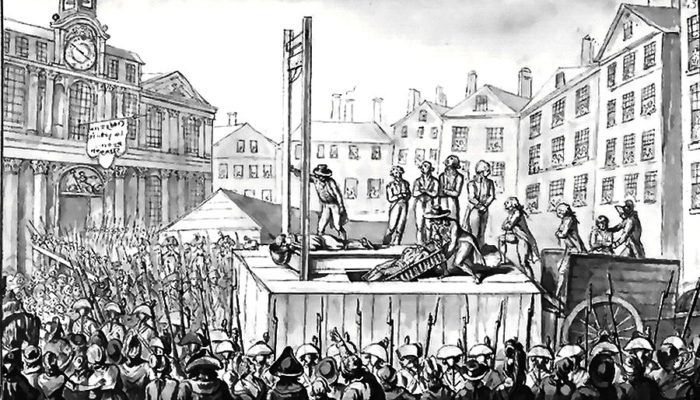 Here’s a summary of the eye-witness account: Marseille, September 1977: 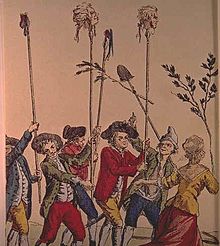 Just before 4:00 in the morning the condemned man—convicted of torture, rape, and murder— was woken for his execution.

He strapped on his prosthesis without uttering a word. A leg had been amputated on the spot when it was crushed in an accident with agricultural machinery.

After drinking a glass of rum and smoking two cigarettes, the prisoner was led to the execution area just avant d’avancer la guillotine dans la cour.

He was surrounded by 30 officials and onlookers.

As if aware there was no point, he refused to write anything down on the paper provided. The executioner was impatient, refusing him the third cigarette. He wanted to get on with his grisly work.

The man’s hands were tied and his collar cut off. He went calmly to the guillotine.

The prisoner was dead.

So, all that remained was for a guard to remove the splashes and pools of congealing blood with a garden hose.

The guillotine and social progression: the Westernised world

But all that was forty years ago, we might say, and times have changed since then, especially in the West.

However, before we slip into a fog of self-satisfied complacency about how enlightened we are today, consider this: America is the richest country in the world and a leader amongst the Western democracies. But since 1976 there have been 1,459 executions in that country. Note that 1,284 of these were by lethal injection, 158 by electrocution, 11 by gas inhalation, three by hanging, and three by shooting.

How’s that for the advancement of civilsation in the West?

What’s your opinion of the guillotine – humane or immoral? We’d love to hear your thoughts in the box below.