What on earth is a ‘pigeonnier’? All you need to know from the Revolution to today

Pigeonniers: kids liken them to ‘Daleks’ (an extraterrestrial race of mutants that look like robots) or Dr Who’s ‘TARDIS’ (time machine). Others say they look like a medieval version of the accommodation at Club Med in the Maldives.

So what are these intriguing architectural structures standing like sentinels, sometimes in fields of ripening corn or surrounded by sunflowers, and quite often in need of drastic repair?

The best English translation for pigeonnier is probably ‘dove house’ or ‘dovecote’, but both seem rather lame for these puzzling constructions found all over southwest France. More pigeonniers have survived in the Lot et Garonne than any other department, where a considerable number were spared the 25 years of post-Revolutionary vandalism and destruction of property.

Pigeonniers were originally brought to France by the Romans, and the pigeon soon acquired an important place in French cuisine.

Prior to the Revolution, the keeping of

pigeons was a right restricted to royalty, the clergy and the nobility. The privilege was a complex, hierarchical display of wealth, authority and power. Pigeonniers were soon being designed and built to reflect this status.

From extremely crude early examples in the form of basic clay pots for the birds to breed in, the Middle Ages saw pigeonniers develop into highly ornate and elaborate structures housing many thousands of birds.

The bigger and more ornate the pigeonnier, the more important the owner. Just as today, owning a Cadillac versus a VW beetle would make the same distinction.

Poop was an important by-product to pigeon breeding; their droppings were highly valuable because they make such excellent fertilizer. But peasants were prohibited by law from breeding, eating or hunting pigeons – even when the birds attacked their crops.

But after multiple formal requests to abolish this privilege, and a few heads being chopped off in 1789, laws changed and the keeping of pigeons became universally permitted all over France – funny how the guillotine affected some elitist ideologies. 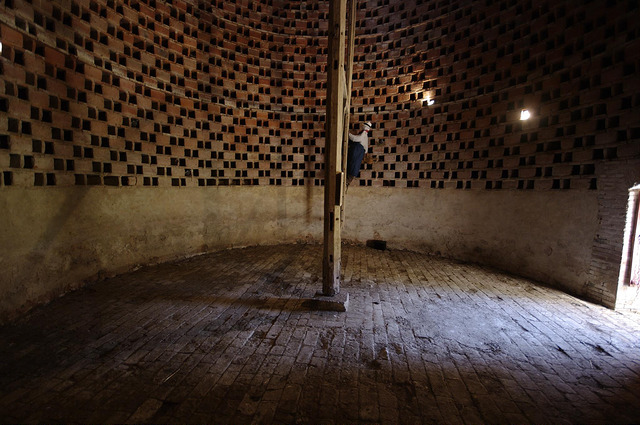 Pigeon is far less popular today than it was back then. Contemporary urban dwellers almost universally refer to them as flying rats and winged vermin. Nevertheless, they’re making a comeback on the menu in numerous restaurants in both France and the UK. On a French menu, ordering baronnet de pigeon will get you half the breast and a leg, while suprême de pigeon will see half the breast and a wing on your plate.

These days when pigeonniers are refurbished they are quite often transformed into something functional – a grange, a granny flat, or even a small gîte. Once again, in France, it has become very prestigious to have a pigeonnier as part of one’s property.

So, if you were a social climber and wanted to attract a bit of attention, which do you think is the better way to show off – with a smartly restored Cadillac de Ville? Or a beautifully restored pigeonnier? (In the latter case, don’t forget to factor in the added bonus of all the free pigeon crap you’d get for your garden!)

Do you have a pigeonnier? Or have you ever seen one? Take a photo and share it with us on our Instagram page @maviefrancaise