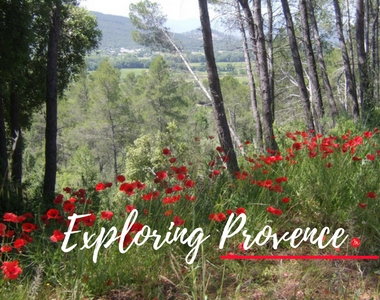 There was an illustrated child’s book on the counter at the Maison de la Presse in Les Arcs-sur-Argens this year. It recounted the experience of World War One – La Grande Guerre – in the Var. I meant to buy it, but then it skipped my mind and I didn’t. I hope it will still be available next year.

World War One: close to home

This week I am remembering World War One – and particularly the Armistice, signed at 11am on the 11th day of the 11th month. It has particular significance for me, as on that date, my father, Lance Corporal Thomas Durbridge, was incarcerated in a German Prison of War camp somewhere near Hamburg.

He was just 21 years old and at 45 kilograms, had lost almost half his body weight in less than a year. He was taken prisoner, together with a number of others from the 48th Battalion, near Dernancourt in early April 1918.

Five months later, his older brother, Levi, who was involved in the battle against the German Army’s last push towards Amiens, sustained a head wound and died. He is now buried at the Australian War Cemetery at Villers Bretonneux.

I write this not to glorify war, but to the remember the sacrifices made by these two young farm lads from South Australia who travelled to the other side of the world and gave so much for freedom.

There are hundreds of thousands of stories from that war – on both sides – that show how much it cost emotionally and physically, not only to the soldiers themselves, but their families and future lives.

It affected the people in the Var – a long way from the front line – as their men left the fields to go and fight. It affected my husband’s French family, where Marcel never knew his father, who was killed at the Front not long after his birth.

I think about my father-in-law, Leslie, one of only a few to survive after his destroyer, the SS Martin was torpedoed by a U-boat during the North Africa landings in World War Two. He was in the oily water throughout the night as rescue ships didn’t dare to stop for fear of more U-boat attacks.

I think of my brother-in-law, Peter, who served in Vietnam and the great distress of that war. I wear my Flanders Poppy proudly, and remember the French wear the blue cornflower at this time.

But it is the Poppies I see along the roadsides and railway tracks when I visit Les Arcs – or the tiny red petals that peep from fields of wheat as I walk the road from Villers Bretonneux to the war cemetery – that remind me that the tragedy of the ‘war to end all wars’ was that it didn’t succeed in doing just that.

What is your family connection to World War One? How did this war affect your part of the world? Join the discussion in the comments below!