How to get into French literature – a guide by author: Gustave Flaubert

Here you will discover an insight, a taste; their lives, their work and why they are seen as the some of the most popular and outstanding writers of the modern day French language.

England may have its Shakespeare, it’s Dickens and nowadays, Carol Ann Duffy, but what about France? Where does its literary greatness lie? I am going to share why I appreciate these writers, and highlight their importance to the French language, and even World Literature.

By delving into the past and most famous works of these French authors you may find a new writer to read – or to recommend.

The first author to guide us into French fiction is Gustave Flaubert.

Gustave Flaubert: what I love about him? 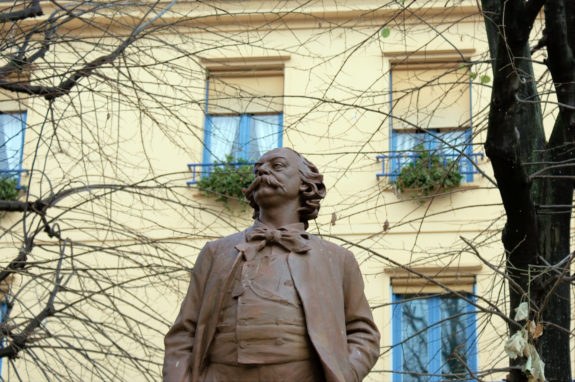 Flaubert put all his life experience into his work, from travelling to love affairs. His plume stands out from that of other writers, with a famous technique of free indirect speech.

In this way, Flaubert interrupts his narrative with his own voice to show his thoughts on the characters. He never lets anything get in the way of his writing, even at the end, with financial difficulties, he continues writing until his death.

I admire his strong commitment and beautiful work.

The Flaubert work I love the most: 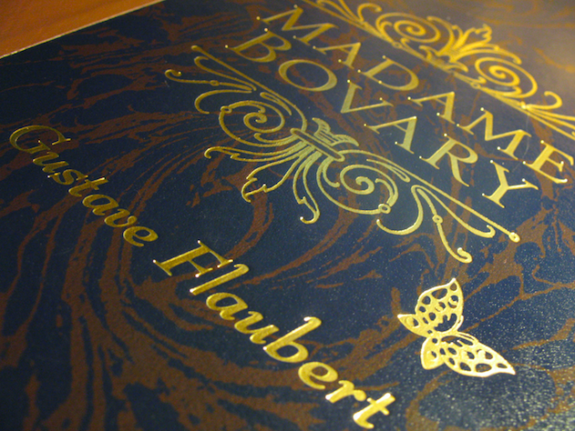 It’s Flaubert’s masterpiece and one of the most influential novels in literary history, based on the fictional woman Emma Bovary. Flaubert captures a woman’s perspective of France’s 19th century oppressive patriarchal society. We follow in her footsteps as she realises her expectations on love differ from reality.

Although noted to be a founder of literary realism, Flaubert’s work was far from this. He saw the novel to be a representation of many in France and not just that of Delamare’s affair whom he based the story on. Madame Bovary was also written to denounce Romanticism and the traditional form of realism. The novel was then adapted into films, one of which was reviewed by our friend Mia Timpano.

And I recommend Stephanie Williamson’s article listing her favourite five books to read in terms of French literature one of which is Madame Bovary. 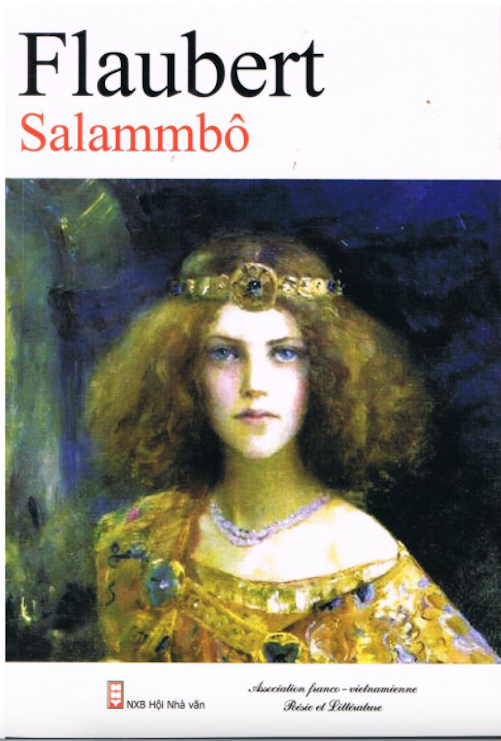 It’s one of my favourites as it is Flaubert’s famous historical novel.

After taking his trip to Tunisia, Flaubert reconstructed his exotic novel based on his own experiences. The novel focuses not only on the wars of Carthage but the desire of Mâtho for the exotic Salammbô, the fictional General’s daughter.

The novel acts as Flaubert’s entry into eroticism and exoticism, with the mythical and exotic being key themes.

‘Le zaïmph’, or veil, that guards the city and is apparently the veil of a goddess is stolen to capture Salammbô’s attention, with Mâtho trying to win against the general, as well as the heart of his daughter. 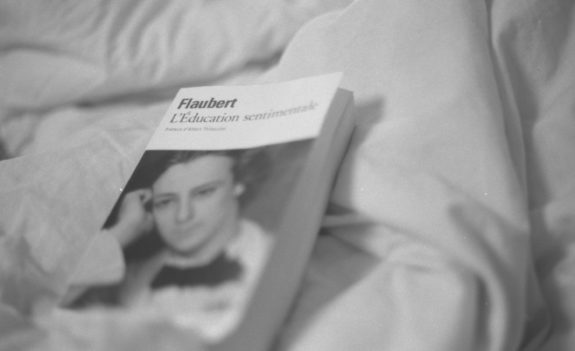 It focuses on the love life of Frédéric during the French Revolution of 1848. This Flaubert novel follows his efforts to pursue the woman he truly loves.

As Flaubert’s life story states, there are many obvious biographical details in this novel.

However, there are equally links to the realism of the 19th-century French society and the corruption of the bourgeoisie.

The life of Gustave Flaubert

Gustave Flaubert, a highly influential French novelist who is admired today as one of the founders of literary realism of the nineteenth century.

Born on 12 December 1821 in Rouen, Normandy, France, to parents Achille Cléophas Flaubert (a highly-respected surgeon in Rouen) and Anne Justine Caroline Fleuriot. His family was Catholic and bourgeoisie. 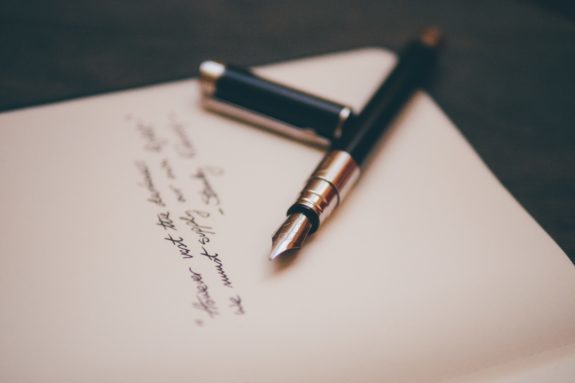 Gustave is said to have had a difficult upbringing, in that he was confronted with death on a daily basis. He spent a lot of his childhood in the company of his surgeon father in the hospitals in Rouen and became quite morbid due to the misery he witnessed. Yet his passion for writing, from the age of eight, flourished – what’s not to admire?

Flaubert’s work was inspired by his travel and life experiences. For example, a trip to the Pyrenees and Corsica in 1840, when he wrote: ‘Voyage dans les Pyrénées et en Corse’ founded in ‘Mémoires d’un fou’.

Meeting Elisa Schlésinger during his youth also inspired him to express his passion and love for her in his book: ‘L’Éducation sentimentale’. 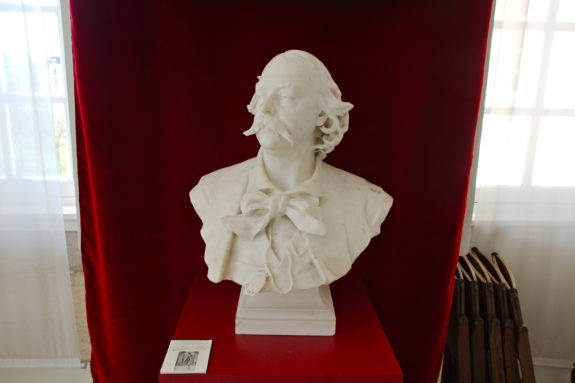 Flaubert studied law at the behest of his parents, however, he was an indifferent student. Instead, he devoted himself to his writing and during this period he met various important and influential people, such as Victor Hugo.

As it eventuated, after a serious episode of epilepsy in 1844, he abandoned his law studies to pursue his writing.

After the death of his sister and father in 1846, Flaubert inherited what then was a substantial sum of 500,000 francs, allowing him to live and write without financial worry. It was then that he began his ten-year love affair with the poet Louise Colet.

He went to Paris with his friend Louis-Hyacinthe Bouilhet to assist with, or at least to observe the 1848 Revolution, which also influenced his book ‘L’Éducation sentimentale’.

Gustave Flaubert died 8 May 1880 from a brain haemorrhage, possibly from his epilepsy, leaving a very rich legacy of French literature for us to enjoy. 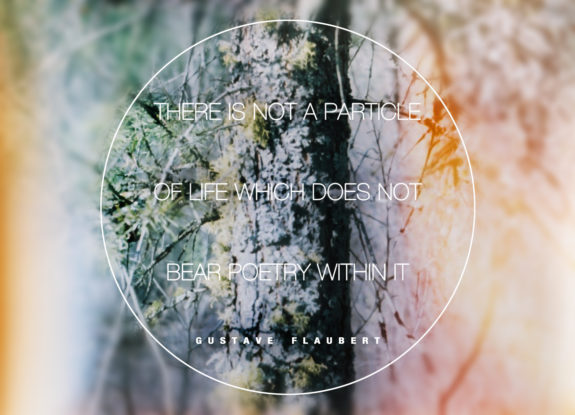 Have you read any of Flaubert’s work? Which are your favourite Flaubert novels? We would love to hear your views, please leave your thoughts in the comments box below.