We are thrilled to announce yet another opportunity to read French books – but this time, in English. Welcome to the launch of our new branch of the MyFrenchLife™ French Book Club – ‘recently translated French best-sellers’ and award-winning novels.

You are invited to join our 2018 reading challenges: one reading in French (see base of article) and the other reading in English – this one!

We’ll be consulting our French literature experts to bring you new and exciting reviews of recently translated French best-sellers. We promise to dig deep and share our most intimate opinions, interpretations, and perceptions of France’s best literary translations – and we’d love you to do the same!

As you get ready to embark on this enriching and fun-filled adventure, we’d love you to share your reviews and opinions in the comments box below. Every voice matters – especially yours. Join the reading, join the fun, and get involved NOW!

What to expect of the ‘Reading French best-sellers in English’ branch of our French Book Club?

Jacqueline Dubois Pasquier will be your facilitator, so over to her to explain what to expect and how she came up with this concept.

To what extent do you know French contemporary fiction? What kind of fiction do the French enjoy reading?

As 2018 dawned, among articles on new resolutions, feminism debates, The Golden Globes, Trump and Brexit (nothing new, then), I was struck by something that seemed unusual.

I came across a significant number of reviews for the English publication of 2016 Goncourt prize-winner ‘Une Chanson Douce’ by Leila Slimani. Her novel was given two different titles in English; ‘The Perfect Nanny’ in the US, and ‘Lullaby’ in the UK. 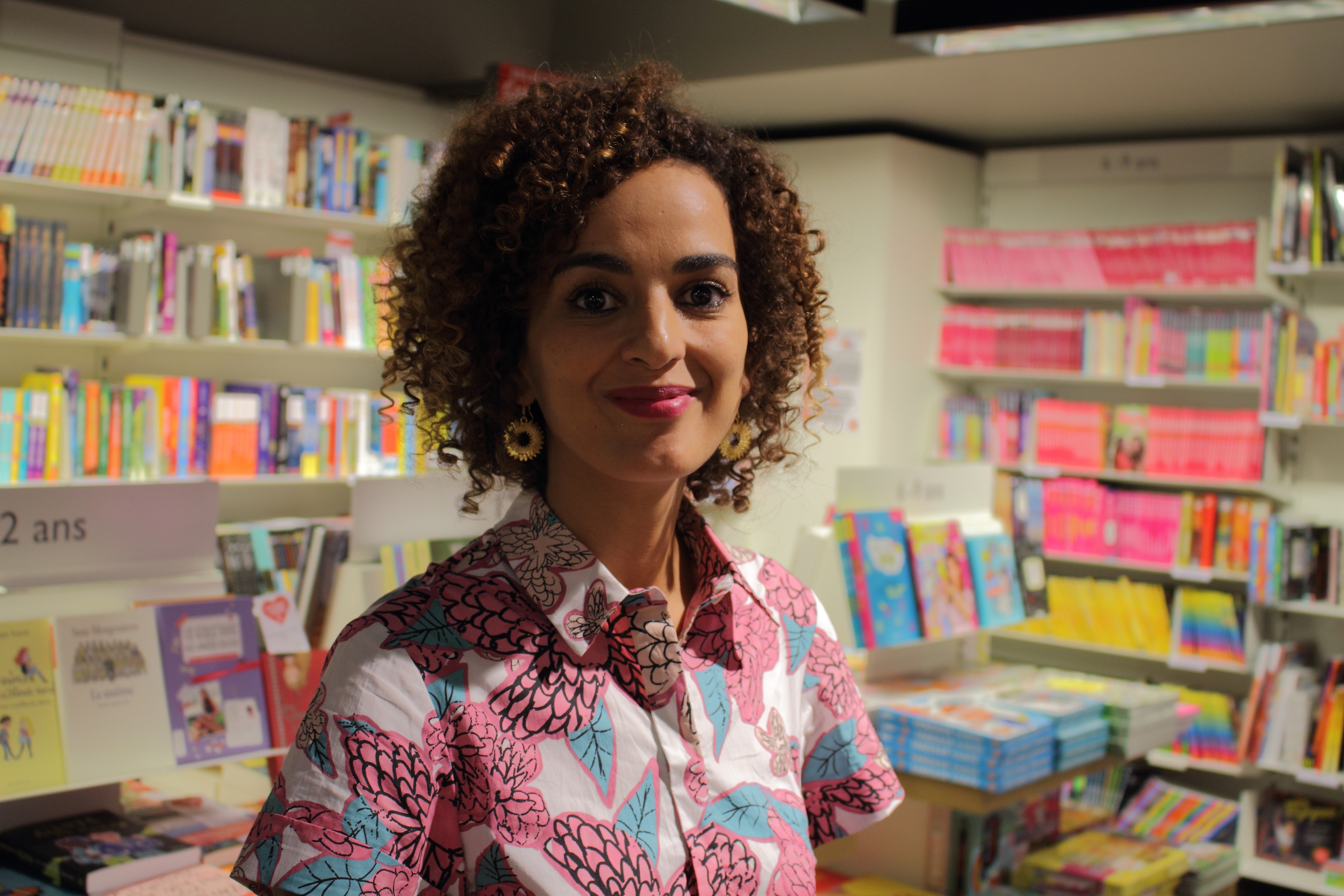 It’s interesting to consider the reasons for so much publicity, as normally, new French fiction does not get much attention abroad. In this case, however, it’s important to note that the young Moroccan-born author has just been appointed by Emmanuel Macron as Francophone affairs minister, representing the open face of Francophonie to a multicultural world.

In bookstores in non-French speaking countries, you wouldn’t usually find French novels in the ‘best-selling’ or ‘new arrivals’ sections. That is unless the manager is an outright Francophile.

It was then that I realized how confusing it could be when trying to delve deeply into literature from another country (France in this case). I found myself thinking how difficult it could be to search for that perfectly translated book in any random bookstore.

The challenge could be exacerbated if you weren’t fluent enough to read the original in French. The search could end up with an unplanned landing in the Classics aisle for example. For French literature that’s where you’d expect to find Victor Hugo and Emile Zola for the 19th century, or Albert Camus and Marcel Proust for the 20th century.

It is easy to become ‘lost in translation’ when you try to immerse yourself in foreign contemporary literature.

Luckily, most French best-selling or talked-about living authors are translated into English.

You just need a little help or some direction to get to know them.

I therefore humbly offer to give that guidance, in the hope you will enjoy the journey through it. 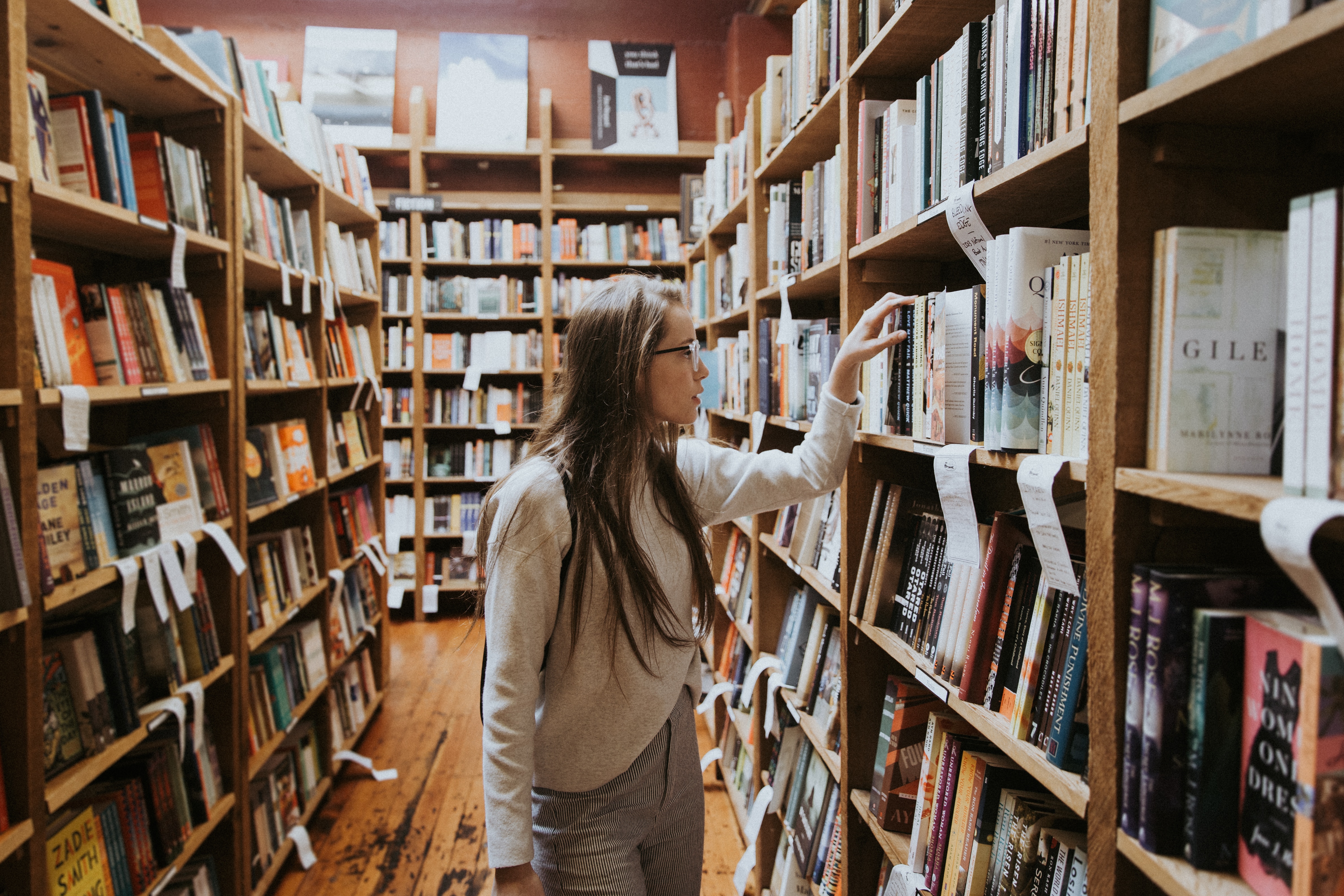 I’ve selected five expertly translated French best-sellers to read over the course of 2018.

I suggest we give ourselves one to two months to read each book from the reading list below. 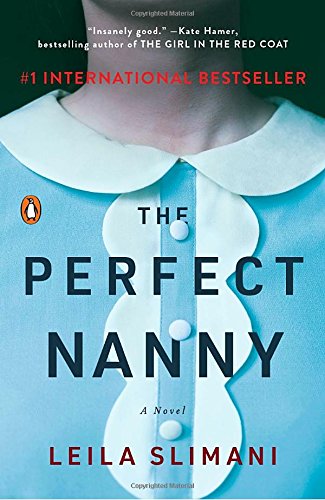 1. The Perfect Nanny, by Leila Slimani – Translated by Sam Taylor

Mira Kamdar of The New York Times summarises: “The Perfect Nanny was the 2016 Goncourt prize-winner and, after conquering France, is already making waves abroad.

Slimani’s disturbing portrait of class, race, and motherhood begins with a slaughter of innocents.

The novel then ratchets up the tension as clues multiply to reveal how the increasingly intimate relationship between a nanny and the family she works for could culminate in such an incomprehensible crime.” 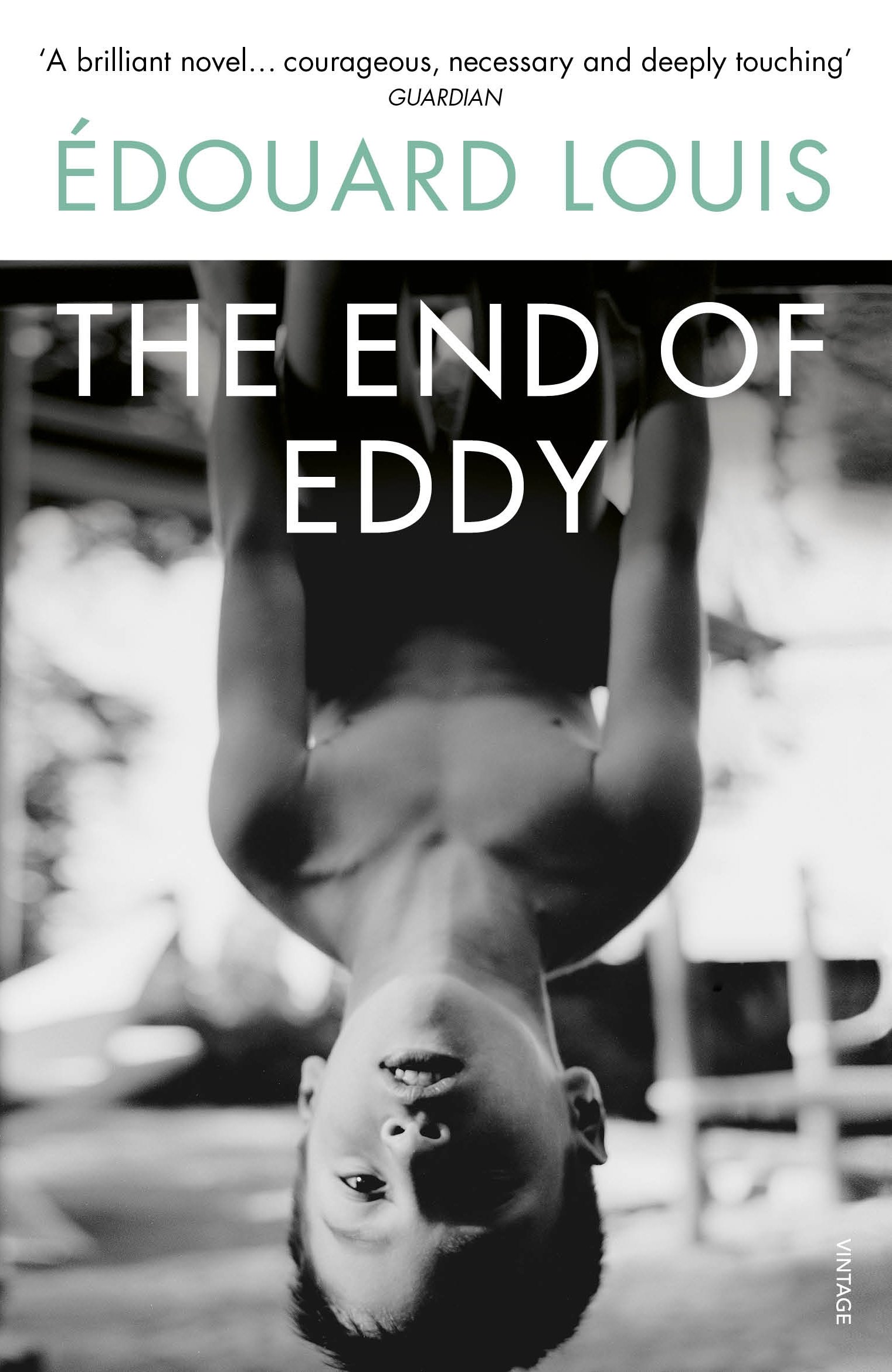 2. The End of Eddy by Édouard Louis – Translated by Michael Lucey

Set in a French village in the throes of industrial decline, Louis spares his reader nothing of the brutish physical violence of young Eddy’s father and tormentors.

The novel seamlessly illustrates the relentless violence of poverty in France. Education is Eddy’s ticket out of this rural hell, but it also seals his estrangement from those whose love and acceptance he still craves.” 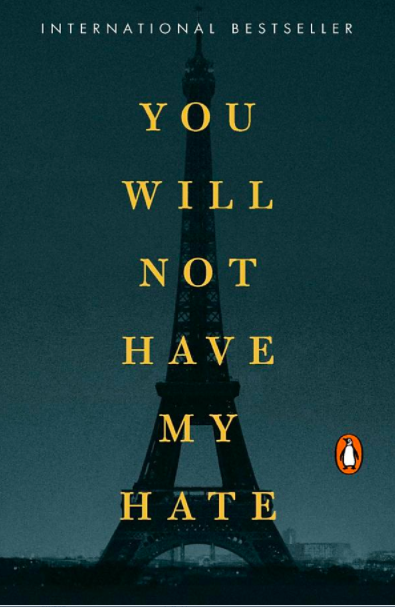 3. You Will Not Have My Hate, by Antoine Leiris  – Translated by Sam Taylor

INTERNATIONAL BESTSELLER – “On Friday night you stole the life of an exceptional person, the love of my life, the mother of my son, but you will not have my hate.”

“On November 13, 2015, Antoine Leiris’s wife, Hélène Muyal-Leiris, was killed by terrorists while attending a rock concert at the Bataclan Theater in Paris, in the deadliest attack on France since World War II. Three days later, Leiris wrote an open letter addressed directly to his wife’s killers, which he posted on Facebook. He refused to be cowed or to let his seventeen-month-old son’s life be defined by Hélène’s murder. He refused to let the killers have their way: “For as long as he lives, this little boy will insult you with his happiness and freedom.” Instantly, that short Facebook post caught fire, and was reported on by newspapers and television stations all over the world. In his determination to honor the memory of his wife, he became an international hero to everyone searching desperately for a way to deal with the horror of the Paris attacks and the grim shadow cast today by the threat of terrorism.

Now Leiris tells the full story of his grief and struggle. You Will Not Have My Hate is a remarkable, heartbreaking, and, indeed, beautiful memoir of how he and his baby son, Melvil, endured in the days and weeks after Hélène’s murder. With absolute emotional courage and openness, he somehow finds a way to answer that impossible question: how can I go on? He visits Hélène’s body at the morgue, has to tell Melvil that Mommy will not be coming home, and buries the woman he had planned to spend the rest of his life with… His message—hate will be vanquished by love—is eternal.” says Amazon. 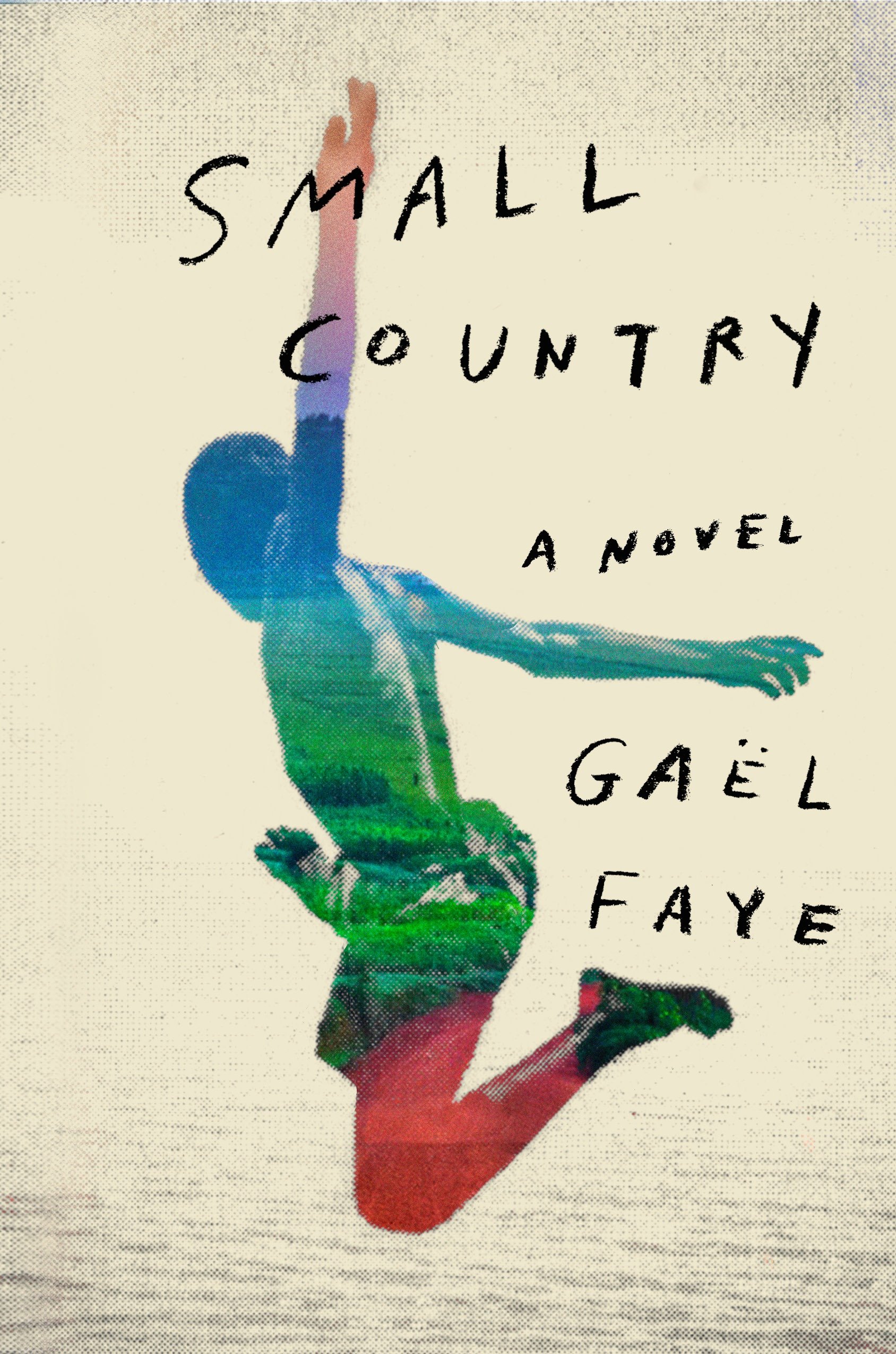 “Already an international sensation and a prize-winning bestseller in France, this evocative coming-of-age story tells the tale of a young boy, a lost childhood, and a shattered homeland.

Burundi, 1992. For ten-year-old Gabriel, life in the comfortable expatriate neighborhood of Bujumbura with his French father, Rwandan mother, and little sister, Ana, is something close to paradise.

These are happy, carefree days spent sneaking cigarettes and stealing mangoes, as he and his mischievous gang of friends transform their tiny cul-de-sac into their kingdom.

But dark clouds are gathering over this small country – and their peaceful idyll will soon shatter when Burundi, and neighboring Rwanda, are brutally hit by war and genocide.

Small Country describes an end of innocence as seen through the eyes of a young child caught in the maelstrom of history. A luminous novel of extraordinary power, it is a stirring tribute not only to a dark chapter in Africa’s past but to the bright days that preceded it.” says Amazon. 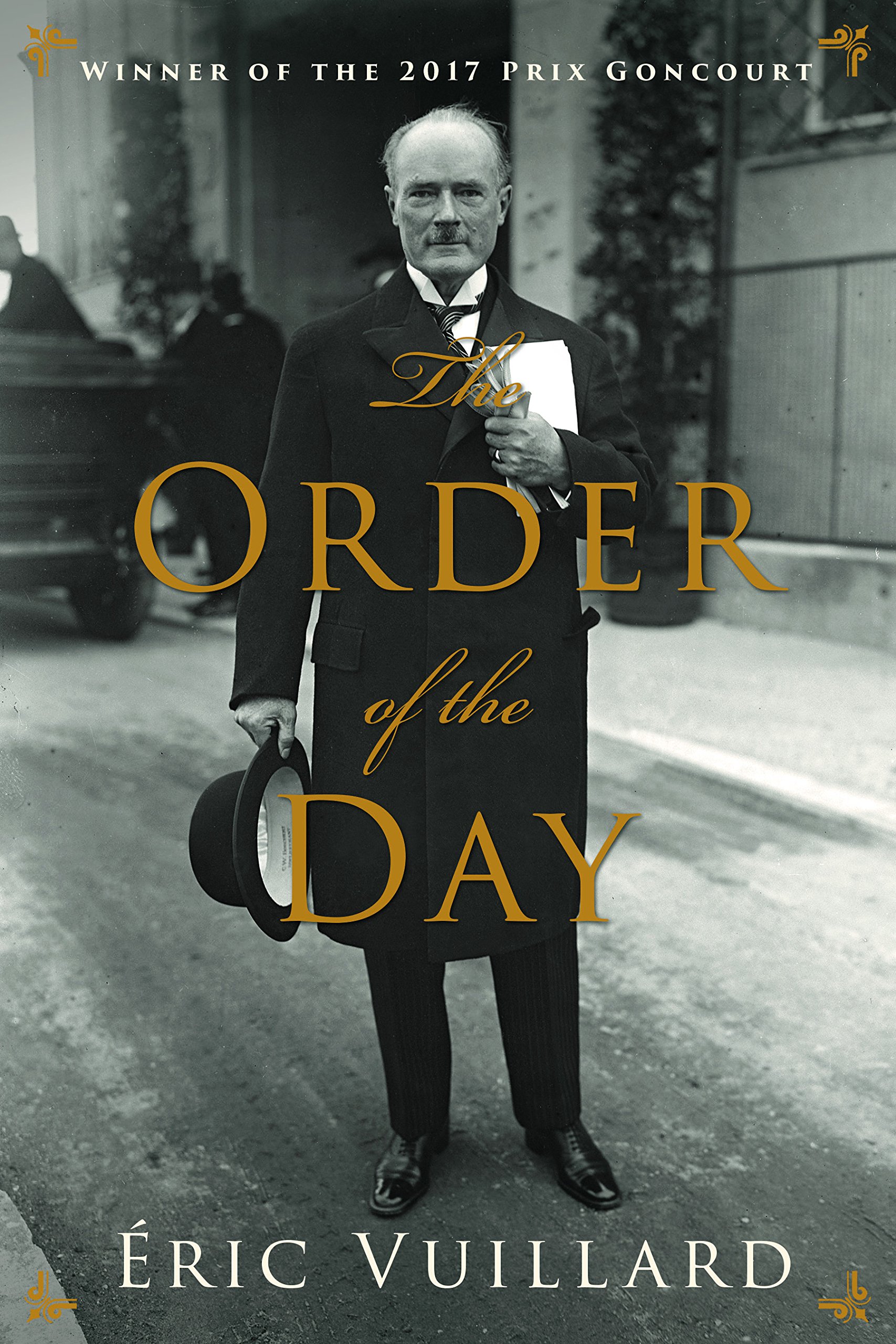 5. The Order of the Day, by Eric Vuillard – 2017 Goncourt prize-winner

“The book depicts a short, cutting account of the rise of Nazism. It opens with a meeting on 20 February 1933 during which Hitler asks 20 great leaders of German industry to support him – and they do.

The story continues with Germany’s annexation of Austria in 1938, recounting little known historical events such as the meeting between Adolf Hitler and the Austrian Chancellor Schuschnigg, or the breakdown of many German tanks, delaying the invasion of Hitler’s troops on Austria.

The story demonstrates how the economic sector can promote a short-term benefit, whilst purposefully choosing to forget the consequences of its acts. It also serves to demystify historical facts, identified by both their tragic and grotesque characteristics in certain selected scenes.”, according to Michel Pasquier.

Here is a quick (very quick) brainstorm before reading ‘The Perfect Nanny’ by Leïla Slimani (even if you don’t have the book yet or don’t think you’ll read it for now). Fill in the questionnaire following this link (there is no need to sign in) and we’ll give you the feedback afterward. Should be fun!

Earlier this month, we launched the first branch of our MyFrenchLife™ French Book Club
– for all those who like to read in French
If you’re eager to brush up on your French reading skills,
join our challenge and read with us as we discover a new book every month.
That French reading list has been published here – it’s time to start reading!

Do you keep up to date with recently translated French best-sellers? Please share your thoughts in the comments below – let’s get reading!