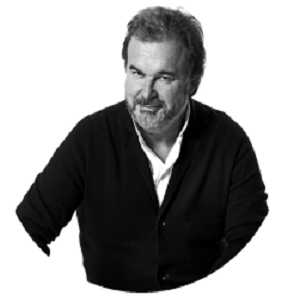 Named “the Picasso of pastry” by the famous magazine Vogue, Pierre Hermé has seduced numerous gourmands across the world.

This internationally renowned French pastry chef, with his haute-couture creations and his sharpened sense for customer service, is now an indispensable French personality in the world of gastronomie.

Surprising, innovative and able to think outside the box, Pierre Hermé’s motto is this: “pleasure is the only guide”.

A specialist in the art of macarons, this artist has successfully mixed tradition and innovation to provide us with original and explosive creations.

Now, let’s get to know a bit about this golden-fingered pastry chef.

French pâtisserie: it’s in the DNA

It’s not by chance that this ‘Picasso’ has been progressing in the gastronomy universe for more than 30 years now.

Heir to four generations of bakers and pastry chefs, this Alsatian-born chef has always been committed to valuing traditional recipes.

Passionate about his trade, Hermé started his career at the young age of fourteen, alongside Gaston Lenotre. With Lenotre, he learned all the basics and fundamental values of the industry:

After more than ten years working alongside this famous French pastry chef, Pierre Hermé continued his training at other renowned French Maisons, such as Les Maisons Fauchon and even Ladurée.

Then, in the ‘90s, he met someone who changed his life.

Around the world: from Colmar to Doha via Paris

This prime encounter was with Charles Znaty, a communications specialist.

Together, they founded La Maison de Pierre Hermé Paris, at the end of the ‘90s. In 1998, the first shop was launched in Tokyo. This was followed by the opening of the first Parisian shop in the heart of the Saint-Germain area in 2001.

But the idea was not just to open a pâtisserie – far from it! Both men dreamed of creating Haute-Pâtisserie: high quality, tasty, and beautiful products accompanied by diligent, top-end customer service.

From France to Japan via Thailand, Pierre Hermé has taken his creations all around the world. Today, he has more than forty shops in over twelve countries.

It’s this international presence which confirms the high quality of his work.

As an art lover, the visionary fell in love with macarons and made them his specialty.

It was the simplicity of taste, noted from the very beginning of his career, which gave him the desire to work this product. Vanilla, coffee, and chocolate were the only flavours available.

It was within this limited choice that Hermé discovered a true playground in which to explore an enormous field of possibilities.

He started to develop flavours which were more “fun”, as he calls it, by mixing surprising ingredients. From olive oil and vanilla to the Ispahan (his own creation of strawberry, lychee & rose), and then to the Mogador (milk chocolate and passion fruit), Pierre Hermé was a pioneer of pâtisserie haute-couture.

Thanks to his passion and touch of craziness, this creative cook was named “The World’s Best Pastry Chef 2016” in the World’s 50 Best Restaurants ranking.

It’s an honour which promises a great future for the French pastry chef and chocolatier, who has not ceased to amaze us.

If you too are a gourmand, come and discover Pierre Hermé’s creations. Pastries, macarons, and even chocolates will be there to tempt your taste buds.

And why not also use this opportunity to discover his new Parisian café, right next to the Maillol museum in Beaupassage? A place dedicated to beauty, goodness, and wellbeing – opening 25th August 2018.

Would you like to taste any of these creations? Which tempt you the most? We’d love to hear your thoughts and comments in the box below.