I’ll Never Be French (no matter what I do), by Mark Greenside: book review 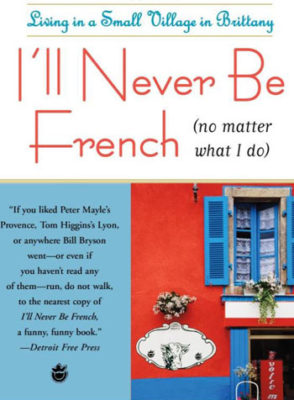 I love memoirs by people who have moved to a new country. Some are funny (‘A Year in Provence’), some are personal and moving (‘Under the Tuscan Sun’), and my favorites are both.

One of the best I’ve read in a long time is Mark Greenside’s ‘I’ll Never Be French (no matter what I do)’. It combines hilarious stories of his adventures in France with lovely observations about how life in a new country has changed him.

We first meet Greenside 30 years ago when he and his girlfriend rent a house in Brittany for the summer (he’s a professor.) Despite the language barrier, and much to his surprise, he quickly becomes friends with his neighbors: “They don’t speak English, and I don’t speak French, and none of it seems to matter. Mostly what we do is laugh.”

By the end of the summer the girlfriend is gone but Greenside has become captivated by this tiny town in the middle of nowhere. “Magical,” he calls it. The next thing he knows he is buying a house, the first home he has ever owned. He has to borrow money from his mother for the down payment, but no matter—the magic of France is strong, indeed.

But his new life isn’t always easy. Greenside learns all about the French financial system, where getting a mortgage is almost as complicated as a trip to Mars. He has his floors refinished (not cheap), and then ruined in a flood. Will his insurance pay for the damage? The answer will surprise you; it certainly did him.

There are stories of near-disasters told with great wit, like the dispute with his neighbor over trees on the property line. And the impromptu trip to the tiny Île Callot where Greenside learns that sometimes it’s best to follow the crowd. I laughed so hard at that one that I startled my dog. 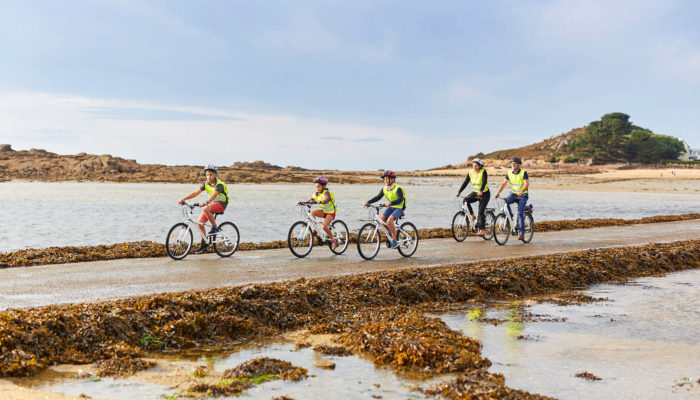 Greenside never learns much French, despite year after year in the village. Well, he can say things like bon (good), bien (well) and joli (pretty) but is never quite sure when to use each. His idea of a complete sentence is “Bon, bien, joli,” much to the consternation of the people he tries to communicate with, like his neighbors, the shopkeepers, and (especially) the local police.

Greenside is a talented writer and does an outstanding job of describing life in a new country: the confusion, the ups and downs, the sense of discovery. And he tells his story in a loving and self-deprecating way, with none of the “look at these silly foreigners” that you sometimes find in books of this kind.

For me, the most interesting part of the book is the way Greenside gives himself over to France. He’s a New Yorker to the core and describes himself as tough, independent, self-sufficient, and generally suspicious of others. Always wondering if someone is trying to cheat him.

But in France, he can’t be independent because he doesn’t speak the language. He can’t be self-sufficient. Instead, he has to depend on others, something he finds scary. 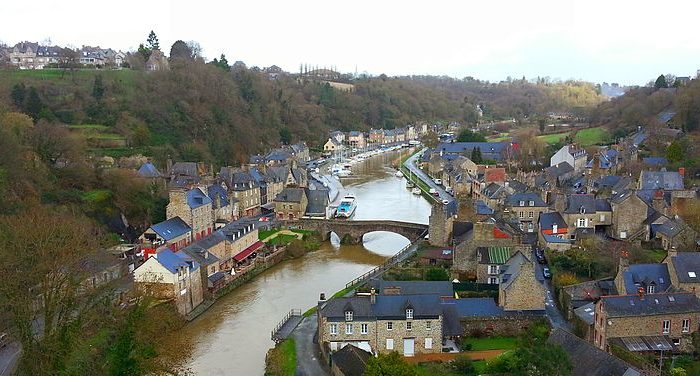 And yet…he’s treated fairly and honestly by everyone he meets. People help him without wanting anything in return, like the neighbor who spends hours fixing his washing machine and then won’t accept payment. So slowly, surely, Greenside finds himself changing, and it’s beautiful to watch. Here’s my favorite passage:

“In the U.S., where I’m relatively successful and know how to get what I want, I’m often angry and frustrated—especially in long lines, traffic, and automated telephone-answering systems. But in France, where I’m helpless and child-like dependent on others, an anathema to any adult U.S. male, I’m grateful.”

My days in Brittany are days of grace.

If you enjoy travel memoirs with a lot of humor and a lot of heart, and especially those set in the l’Hexagone, I strongly recommend Mark Greenside’s I’ll Never Be French (no matter how hard I try).

Have you read Greenside’s books? Do you have your own story about never (no matter what you do) being French? We’d love to hear your thoughts in the comments section below!

Buy here: I’ll Never Be French (no matter what I do), by Mark Greenside
And here you can read my review of another of Mark’s books.