(not quite) Mastering the Art of French Living by Mark Greenside: book review 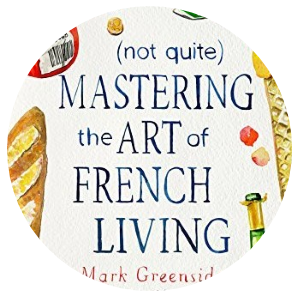 So begins the sequel to Mark Greenside’s I’ll Never Be French, his hilarious account of buying a house in Brittany and learning to live the French rural life.

His new book is even funnier than the first, as Greenside explores subjects ranging from the French medical system to dealing with French banks to—of course—food. It’s a charming and insightful exploration of la belle France.

Mastering the Art of: driving in France

The book begins with Greenside picking up his rental car in Paris and driving to his home in Brittany. How hard can that be? Hard, it turns out, very hard.

Not only is French road signage impossible to decipher, but there are all those darned roundabouts! He makes it safely through most of them, but finally meets his match and learns what it is like when you have a traffic accident in France.

Some of the things that happen seem downright bizarre, like having an apéritif with the guy you just hit while you fill out the accident report. But rest assured: in France, “c’est normal.”

Mastering the Art of: French shops and pharmacies

Shopping in France is a continuing adventure for Greenside.

How is it that in one store he is required to pick out, bag, weigh, and tag his own fruit, but in another he is practically hauled off in handcuffs for touching the peaches? And how long will it take him to discover the Secret of the French Shopping Cart? Having lived through similar experiences in France, I could only shake my head and laugh as I read these stories. 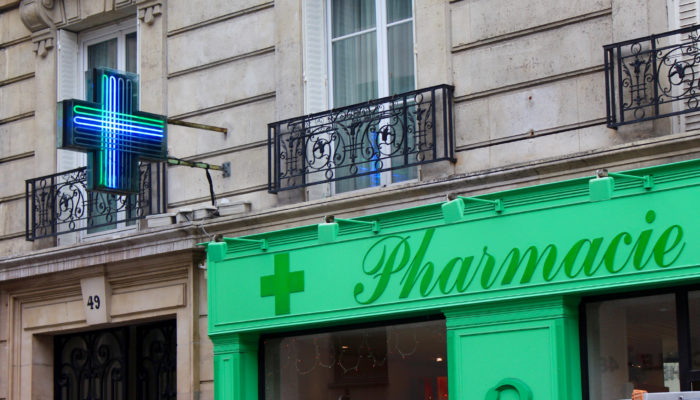 Greenside is a hypochondriac, so he spends a lot of time in his local pharmacy. And in French pharmacies, you have to talk to a pharmacist before you can buy even the simplest things. And everyone in line gets to listen to your conversation.

As Greenside puts it, “Each person is asked question after question about his or her needs, history, symptoms, and diet, whether they’re buying mouthwash or diuretics. It’s like a job interview for your body—all asked and answered in public, so everyone knows that your breath smells, or your hair’s dry, or you’re incontinent.”

Remind me to avoid French pharmacies.

Mastering the Art of: French food

Food is, of course, an enormously important part of French life and Greenside sums it up nicely: “In France, food is the national pastime: it’s religion, art, sport, science, entertainment, security, comfort and pleasure combined.”

He does a fine job of explaining what it’s like to confront new and different foods. From langoustine (delicious), to oysters (surprisingly good), to andouille sausage (just as bad as it smells). 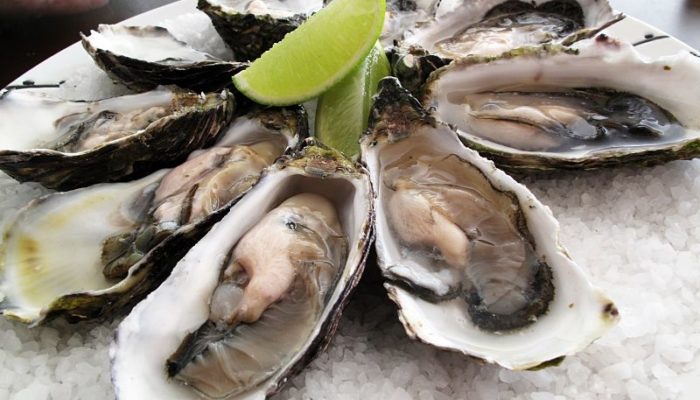 And he tells a laugh-out-loud story about going to a restaurant for some barbequed pork and finding himself in the middle of a combination pig roast and talent show, surrounded by hundreds of elderly French tourists demanding that he get up on stage and sing for them.

Mastering the Art of: the French language

Greenside, despite living in France for years, has only the barest ability to speak the language. And he possesses a remarkable ability to confuse and mispronounce words, which he describes to our delight.

He makes other, even funnier, mistakes but they can’t be repeated in polite company.

(not quite) Mastering the Art of French living: a lesson for us all 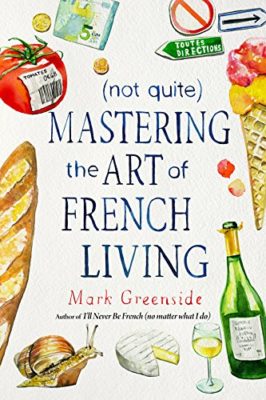 Throughout the book, Greenside compares the way French and Americans approach life, and while his stories are funny, the book is also slyly profound. I have lived part-time in France for years and have rarely read a book that captures the country and its people so well.

Greenside has come to France with an open mind and a sometimes-childlike innocence. He is often confused and can barely speak the language, but he doesn’t allow himself to become closed and guarded. Instead, he accepts his vulnerability and trusts that others will help him, and they do. This lets him make a wide circle of friends, people with whom he can barely have a conversation, but who are “people I care about and who care about me.”

Greenside considers himself a different person in France than in the US—more vulnerable and dependent, but also more trusting.

Maybe there’s a lesson there for us all.

Have you read ‘(not quite) Mastering the Art of French Living’? Do you have any advice on living in France? We’d love to hear your thoughts and reflections in the comments section below!

Buy here: (not quite) Mastering the Art of French Living
Mark Greenside
And here is the review of another of Mark’s books:
I’ll Never Be French (no matter what I do)
Image credits
1. & 4. via Amazon
2. Pharmacy, by the LEAF project via Flickr
3. Pacific oysters, by Guido via Wikipedia