I was tired from the previous day’s walk, so I hitched a ride into Beaune. The noted wine villages immediately north of Beaune were spread apart and I doubted I could reach each on foot. So, I took a train north to Nuits-Saint-Georges. I was ready for one last Burgundian adventure before the home stretch…

Walking for wine in Burgundy

From there, it was 11 kilometres to Gevrey-Chambertin. The Tourist Office booked me a room in Vougeot, 5 kilometres away. I found the local wine tastings were uninspiring so I headed off.

I quickly found the road through the vineyards and stopped to take some photos of a man driving a tractor. It was configured to straddle a row of vines and trim each row into a stunted hedge. This reduced the vine’s growth and therefore improved the quality of the grapes. 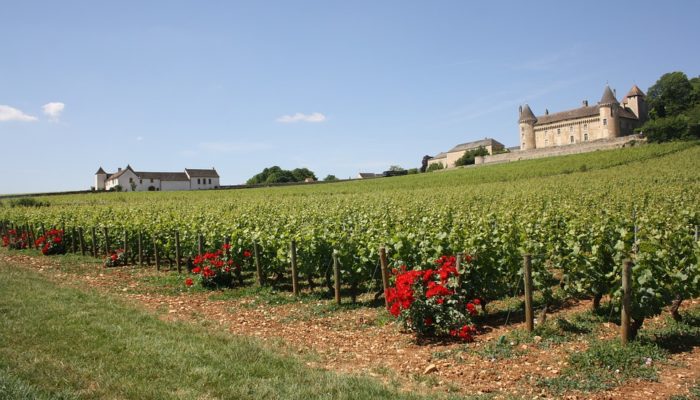 I realised every vineyard needed a sealed road to provide all-weather access. This made it possible to walk most of the length of Burgundy on paved corridors. It was an easy walk to Vosne-Romanée where they produce Domaine de la Romanée-Conti (DRC) – the world’s most expensive wine.

There, I found a tasting outlet which charged me 4€ to taste a Premier Cru aux Réas Pinot Noir. The woman who served me was exceedingly rude. However, I presumed sweat-soaked hikers were probably not her cup of tea!

An unusual château in Burgundy

I pressed on and climbed a couple of hundred metres up the hill to see the famed Richebourg vineyard with its classic stone cross. The day was growing hotter and I plodded towards the imposing Château du Clos de Vougeot. Built by the monks of the Cîteaux Abbey in the late 12th century, the historic château stood tall and proud in the very heart of Burgundy’s vineyards. 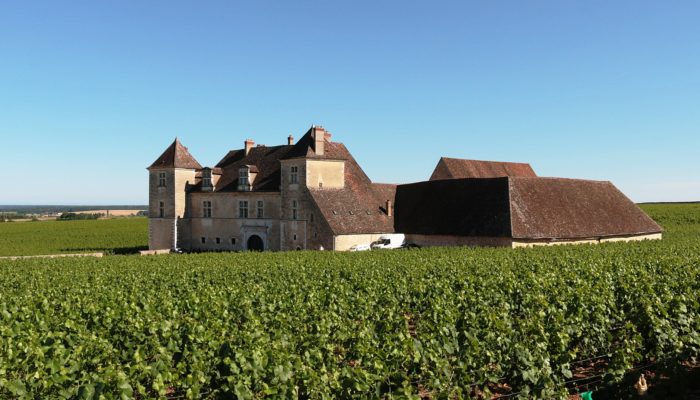 The château is an oddity for Burgundy as most of the vineyards are owned in small parcels, which traditionally precluded people from building massive châteaux nearby.

A Burgundian farewell: the home stretch

I celebrated my last night in Burgundy at a local restaurant. In a moment of extravagance, I chose the 16€ menu and a 59€ Premier Cru Nuits-Saint-Georges Les Vaucrains. I had cheese instead of dessert and enjoyed a fine chèvre, followed by something else soft, stinky and excellent.

The wine was dark and rich, but after a few glasses I couldn’t finish it. I told the couple next to me that I was very tired and offered them the balance of the bottle. They smiled as if they had won the lottery! 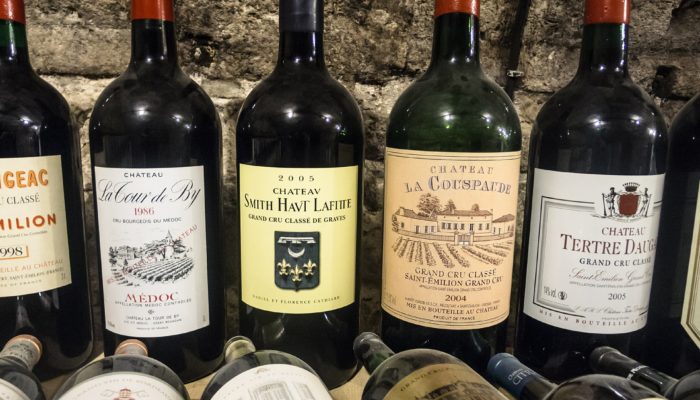 The next day I finished Northern Burgundy. I walked to Morey-Saint-Denis in 30 minutes and continued the easy stroll to Gevrey-Chambertin. It was a large town full of splendid towers, churches, and grand houses.

There were vineyards inside the town surrounded by rows of city homes. It was lunchtime and the streets were deserted; the only sound from the houses was the scraping of cutlery on plates. I took a taxi to Dijon and the TGV back to Paris.

Back in Rue Budé in Paris, I savoured a bottle of Meursault Chardonnay. I mused that this latest trip had been somewhat perfunctory; a ‘tick the box’ exercise to cover most of Burgundy.

My later trips in 2004 and 2005 would help me to better understand Burgundy – to become more acquainted with the wines and to get to grips with the place itself.

Still, I had learned so much about myself this time round. I was finally comfortable with my own company and my newfound propensity for tackling the unknown.

Curious to know what happens next? It doesn’t finish here! Join us in the next chapter of Gerry’s exciting adventure as we delve into the eighth instalment of the Ultimate Burgundy Guide.

Have you ever tried any Burgundy wines? Which were your favourites? We’d love to hear your experiences and recommendations in the comments box below.