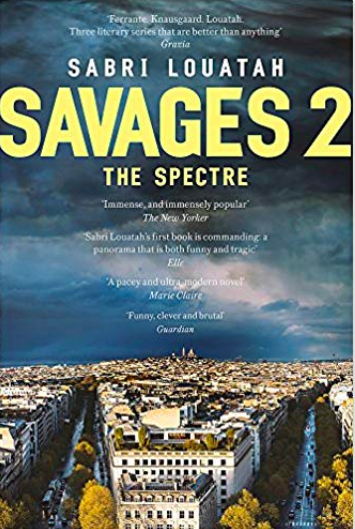 After the slow burn of the 24 hours depicted in the first volume of Sabri Louatah’s literary series, Savages 2 ‘The Spectre’ emerges as a light bulb in a dark cell to burn all the brighter with the impact of the terrible actions of our anti-hero which ended volume 1 on a cliff-hanger.

If you read volume 1 wondering when things might speed up, then this thriller will show you!

To start at the beginning of the saga, then please access volume 1 ‘The Wedding’.

We begin ‘The Spectre’ still reeling from the dramatic ending to volume 1 ‘The Wedding’ and yet also knowing that several of the characters we have come to know are going to be affected very differently.

This is the volume where we really feel the impact on the family, which makes the combination of race, crime and culture a truly marked one.

The outwitting of the police by the Spectre and all of his terrible plans and actions is a pan-European thriller within the story.

I enjoyed how the slow burn of the first volume is replaced with more action.

This volume has an even bigger cast of characters than the first and yet it feels engaging and biting in its immersive descriptions of the feelings, expectations, and actions of these characters. 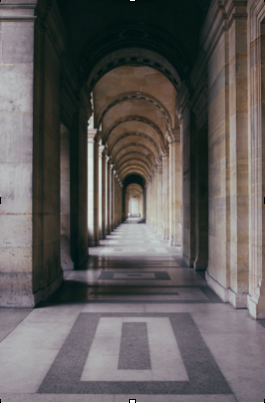 We continue to follow the Nerrouche family but this time we get a deeper look at their lives. We especially follow Fouad, the famous TV actor linked to the presidential candidate’s daughter. We’ve seen things from his side for a while, so it’s quite a shock to see things from the suspicious outsiders’ view.

Is he a terrorist trying to infiltrate the Chaouch family for his own gain?

Will the Police understand his actions?

Will a Judge believe his version of events or his love for his girlfriend?

He is the character who brings Saint Etienne and Paris together into a clash of culture, latent racism, and belonging.

Like the first part, volume 2 has its moments of quiet and reflection, of poetry and light. Fouad provides this both in the hometown of St Etienne and in Paris where he relaxes in the Parc des Buttes-Chaumont – a popular park of the 19th arrondissement, an area you can explore more here and in a travel guide.

Will his links to The Spectre be the end of the Nerrouche family?

This is a political thriller. The macro politics plays out amongst the micro-politics of the Nerrouche family as it suffers the reverberations and aftershocks of the cataclysmic arrest of Krim.

Like me, you might have spent volume 1 trying to ensure you understood the family tree of the Nerrouche family. Volume 2 presents a “tree” of a different kind showing the judicial police and presidential candidate teams.

Francophiles will engage with the Paris locations – Canal St-Martin, Parc des Buttes-Chaumont, 8th arrondissement, the Palais Royal –  although the beating heart of real Paris is here in all its modern-day gritty glory.

You might even feel like you’re in one of those Jean-Pierre Melville crime thrillers updated for the modern-day. Everyone can feel the despair and frustration at the violence and desperation of many on the periphery of society. 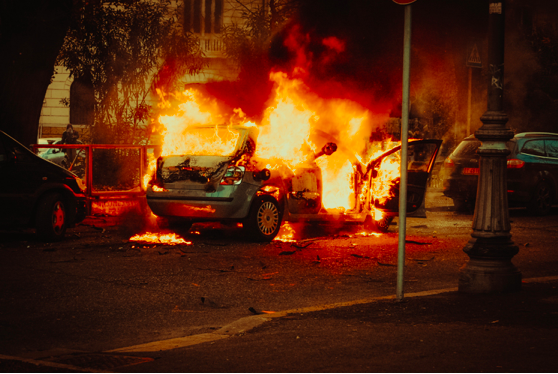 The riots and violence here are like a nightmare outcome from the hope expressed in the election for France’s first Arab Presidential candidate.

It’s a challenging read for a sensitive soul. I found myself feeling like I was watching riots on television all over again in many sections of the book. It is, however, an immersive and explosive story threading love, life and freedom with the spectres of racism, terror, and ambivalence.

This volume is faster and less solipsistic than the first.

It’s more rewarding for all those intent on carrying on with the quartet to the end.

We’ve come this far, where to next in volume 3?

I can’t wait to find out!

Have you read volume 2 yet? Did you enjoy the first volume and feel ready to continue? Has the quartet brought French thrillers to your attention? Let us know your thoughts in the comments below.