How to make friends with the French 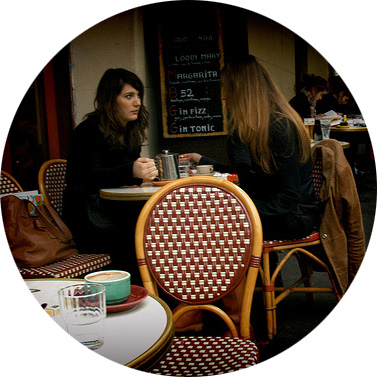 Obtaining a visa, securing an apartment, finding a job and navigating the labyrinth of French health insurance: moving to France was never going to be a walk in the park.

But, the hardest thing of all?

Allow me to begin by saying that I do not agree with the popular discourse that the French are unfriendly. Nor do I believe there is much truth to the idea that French women are suspicious of other females.

Indeed, I think much of my problem lies with me. Or rather, how I am used to making friends.

A shared history seems paramount to the French. Discrete friendship groups are mostly formed at university; they have survived geographical shifts, relationship ups and downs and career blues. Perhaps once in a while, a work colleague will find their way into the mix. But only after an appropriate length of time has passed, and even then, maybe not.

By contrast, Australians generally believe that there is no such thing as too many friends. Our love of team sports and international travel serves only to widen our friendship net, and our tendency towards frequent job changes seals our fate.

The result is that our dinner parties, weddings and birthday celebrations are often made up of a somewhat motley crew. Which of course, to an Australian, are great places to make new friends. And the cycle continues.

In Australia, it takes little more than half an hour, two glasses of Sauvignon Blanc and a compliment to ignite a long lasting friendship between women. Not so in Paris, where it can take months of seeing each other at mutual acquaintance’s events before a tentative suggestion to meet up for sushi can be extended.

“I am not French. Who says that I have to play by their rules, and wait for them to make the first move?”

Where in Australia, friendships move at the speed of light, in France, even the queue at La Poste moves quicker.

This reticence is so great that I have had to reign in my inherent Australian ways to avoid disappointment. Upon meeting the lovely wife of one of my husband’s friends last week, I swiftly squashed any notions of our future friendship. (Complete with Sancerre-soaked evenings on café terraces and the sharing of our deepest darkest secrets along with a fondant au chocolat).

Taking the French by storm

After three weeks of meeting several nice, potential female friends and receiving a sum total of zero lunch invitations, nada suggestions to try a yoga class together, and no offers to see a movie ensemble – I was feeling more than a little disheartened.

And then it occurred to me.

I am not French. Who says that I have to play by their rules, and wait for them to make the first move? And with that, I contacted each of the women I had met and extended brunch invites, gym dates and drink offers.

They were all swiftly accepted.

In all of my efforts to fit in, I had forgotten that I was still allowed to be me.

What do you think? Are the French too cautious when it comes to making new friends? Write about your experiences below.

All images by Alison Eastaway.
Note: This popular article has been refreshed and republished in 2020.