Halloween in France: what do the French really think? 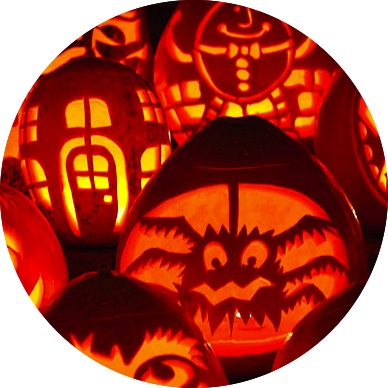 It’s that time of year again. Autumn leaves are casting much of the world in an orange and golden haze, children are dreaming of costumes, and parents are buying candy bags in bulk. Well, at least in some parts of the world.

As with many holidays, Halloween—All Hallow’s Night or All Saints’ Night— with pumpkin lanterns, singing bats, and candy corn fountains coloring our storefronts, is all about commercialization. This oftentimes eclipses the holiday’s true origins.

What exactly is this elusive American holiday, and why do the French still look on in puzzled awe? When I posed this question to a French colleague, she quizzically countered with, “Mais, c’est Anglo-Saxon, pas Normand !”, alluding to our distant ancestors…

The origins of Halloween outside France

The connotation of the term ‘Anglo-Saxon’ has long been embedded in the French cultural mindset. To the French it simply represents English speakers, ignoring the modern day mingling of the Saxons, Normans, Celts, and other outdated cultural subgroups dating back over a thousand years.

Although the French have mostly relegated Halloween to an Anglo-Saxon tradition, it is in fact our Celtic ancestors – not our Saxon ones – whom we have to thank for this holiday. 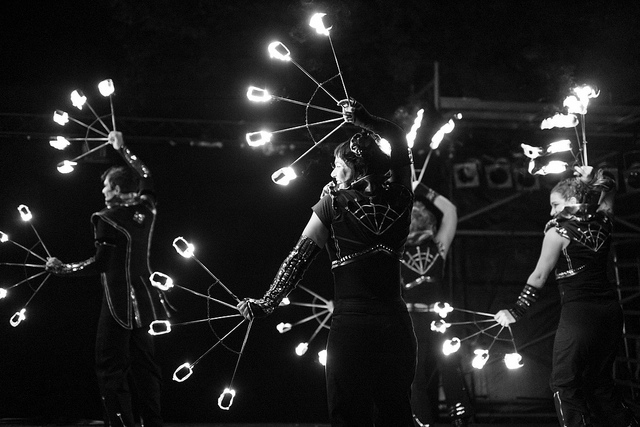 Halloween derives from the Celtic Pagan celebration of Samhain. The old Celtic tribes, particularly in Ireland, Scotland, and the Isle of Man, believed that from 31 October to 1 November, fairies and spirits of the underworld could walk among us. Despite the Dracula-esque overtones, the Celts celebrated this unearthly holiday by shrouding their faces in disguise, lest the ghosts recognize the living.

In the 9th century, the Roman Catholic Church converted Samhain into a Christian holiday, labeling it All Saint’s Day, before later adding All Souls’ Day to be celebrated 2 November. And yet, the Celtic Samhain endured the debasement of tradition that so often occurs over time.

Why not the French? 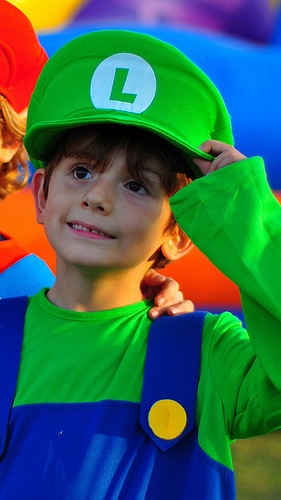 With Irish immigration (particularly in the 1840’s), came Irish holiday traditions. It wasn’t long before the Celtic celebration of Samhain began to take root in North America, and in 1911, children were reportedly seen ‘guising’, or dressing in costumes on Samhain.

In the following years, Halloween flourished at an alarming rate. In the 1930’s, American company Ben Cooper, Inc. began mass-producing Halloween costumes. And the holiday was forever changed.

Throughout this time, the French had continued celebrating All Saint’s Day and All Soul’s Day, in which Christians pay homage to the dead. The Irish and Scottish practices of guising and trick-or-treating bypassed their French neighbors, and when America began capitalizing on the holiday, France was nearly entirely left behind.

The French began hearing snippets of Halloween tales throughout the 20th century, yet their customs for 31 October significantly diverged. It wasn’t until 1982, when the American Dream bar in Paris began celebrating the holiday, that the Halloween we recognize today reached French shores.

Apparently, customers were baffled by the celebration and it took years of repeatedly explaining the traditions before people began to expect ghoulish decorations every October. Halloween piqued the French’s interest, and it has only grown since then.

The French, many believe, wouldn’t accept Halloween as their own holiday, as they’re much too protective of their culture.

To popularize Halloween in France in the 1990’s, Philippe Cahen, president of Optos-Opus, challenged 25 artists to create Halloween-themed works, which were then displayed in the Victor Hugo Clinic. Furthermore, in 1996, the village of St. Germain-en-Laye held a Halloween party on 24 October to allow locals a chance to understand what had become known as an ‘Anglo-Saxon’ holiday.

People across the world generally maintain that the French defend their culture with snobbish conviction. The French, many believe, wouldn’t accept Halloween as their own holiday, as they’re much too protective of their culture. 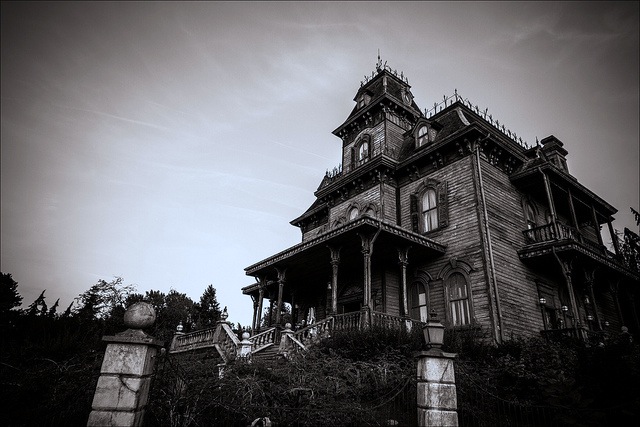 Clearly, based on history’s immigration patterns, Halloween in France wasn’t unaccepted; it was simply unknown, as the Celtic and Irish traditions never fully took form in France. However, with globalization both encroaching on and benefitting countries all over the world, Halloween has taken hold in France, and will most likely continue to flourish in the upcoming years.

Select French boulangeries will now sell Halloween-themed baked goods, particularly as they compete with Starbucks. Clubs are partaking in the upcoming trends as well by hosting haunted houses and costume nights.

The popular French Parisian city guide Sortir à Paris has devoted an entire section to this year’s upcoming Parisian Halloween festivities. The writer recognizes that while not traditionally French, Halloween stirs undeniable enthusiasm among French children and adults alike, as it gives people the right to eat candy, scare people, and dress up: “3 bonnes raisons incontestables.” 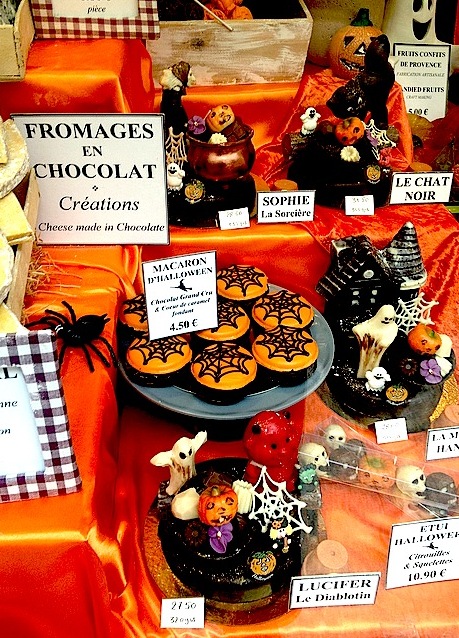 Some such French Halloween festivities include: Disneyland in Paris Halloween Special, Halloween at Parc Astérix and family-friendly spooky activities at the Bois de Vincennes. For a complete list of Parisian Halloween activities, see here.

Notably, children are beginning to trick-or-treat. Herblay, France, a village just outside of Paris, hosted trick-or-treating on 31 October 2013. For me, as an English language assistant in Herblay, children and teachers alike all approached me with glee, each one ready to bob for apples, describe their holiday costumes, and embrace new traditions of Halloween in France.

Would you celebrate Halloween in France?

NOTE: this popular article has been refreshed and republished in 2021