Demonstrating cultural differences: why do the French strike? 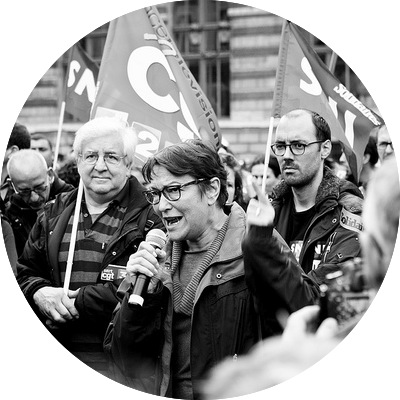 We’ve all been caught out by manifestations in France: the regular strikes or protests that seem so French in character. Even as savvy travellers, the odd strike – meaning disruptions to trains, planes or access to tourist attractions – is unavoidable. So why exactly is this the case – why do the French strike?

The most recent rail and air strikes in France have left many a traveller with frustrated plans. If you’ve been unlucky enough to get caught out, you’ve probably been asking yourself: ‘Why?!’.

According to the contemporary French politician and political theorist Régis Debray, the French are well within their rights to protest just as they do – it is their republican right. To understand what exactly Debray means by this, it is first necessary to consider what ‘republican’ means to the French.

Debray, writing a series of articles about political theory in France, describes a republic as ‘a democracy plus’. Where a democracy is made up of people, a republic is made up of citizens – not only ‘people’, but people with certain rights and responsibilities. The liberal democracies that dominate much of the world, therefore, are ‘less than’ a republic, or so the argument goes.

It is this idea of the citizen and their responsibilities that goes towards explaining why exactly the French strike (from a theoretical perspective). Debray distinguishes the French Republic from all republics of the world as the only true republic as it requires its citizens to actively participate in the public sphere. It is important to bear in mind that the article in which he expresses this view‘Etes vous démocrate ou républicain?’ is written for a French audience in 1989 shortly after the first affaire de voile.¹

The idea that the citizen has a responsibility to participate in public forums essentially creates in the French citizen a requirement to speak up when they are unhappy. And given the combative birth of the first French Republic in 1789, heavily influenced by Jean Jacques Rousseau’s ideas of absolute statehood and Aristotle’s ideas of direct democracy, it is no surprise that the French take to the streets to show their displeasure.

The power of the (French) people

It is a surprising fact for many to learn that in France, less than 8% of workers belong to a union. Unlike the strong unionised strikes seen in England in the 1970s and 80s, most strikes in France are not union-led at all.

En fait, there are so many unions in France, that any negotiations to tackle work conditions or pay are often marred by disagreements from different workers groups. According to Guy Groux, a specialist in French social and labour conflict at the National Center of Scientific Research in Paris, big companies and the government will often ignore these groups and plough ahead with changes.

To have their voices heard, French workers feel they need to create as much drama and media attention as possible. “French unions must often stage radical action as a prerequisite for obtaining good faith negotiations that big unions in the U.K. and Germany are granted out of hand, out of management’s respect of their power,” says Groux. “The result is, there’s constant obligation to up the ante to ensure protests don’t wind up ignored.” 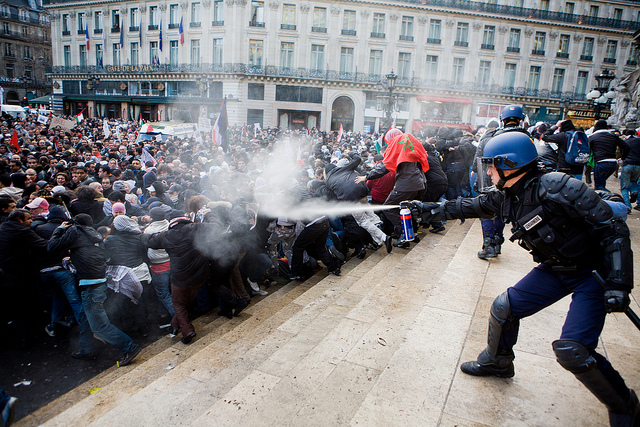 Although these protests and grèves may create inconvenience for the French people as a whole, a large proportion of the public are often supporting or acquiescent to the strikers. That is because strikes are seen as a necessary evil in improving the greater good – routinely strikes are run simultaneously to or followed by negotiations, selon French historian Stéphane Sirot.

Yes, the strikes and protests may at times become militant, but overall strikes are generally viewed as a necessary part of working life.

A nation of French strikers 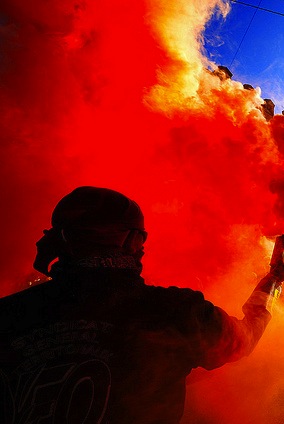 There are many stereotypes about the French, and their propensity to strike is no exception. A lousy work ethic, a lazy desire to enjoy only the pleasures in life and an over-worked measure of self-importance are all lauded around by critics as to why the French strike. And of course, as with most stereotypes, these are blatantly false.

May ’68, or the very fresh rail and air strikes, come to mind when you think of strikes in France – and it is all too easy to point the finger of blame. But if you look beyond the cliché of the militant protestations, France doesn’t deserve its reputation as a nation of lazy strikers at all.

As Sirot points out, there has actually been a dramatic decrease in disruptive strike action in France in the last decade, and a notable decrease since the 1970s. Most strikes are now scheduled to specific days and only last for 24 hours, minimising their disruptive nature, according to labour expert Kurt Vandaele.

Moreover, compared to other European countries over the last century, France’s strike rate is quite average. Spain and Greece, not France, have topped the charts in recent years for strike days per annum. 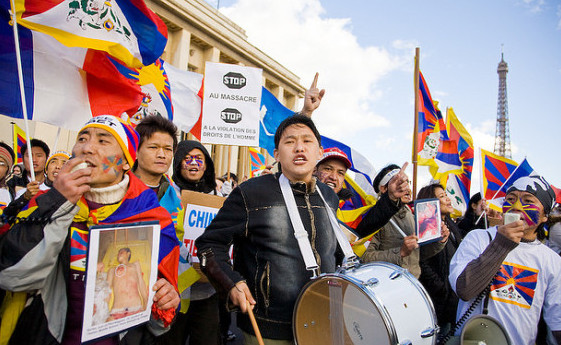 Things looked positive for the French in turning around their international image of the negative stereotype. That was, until the most recent transport strike where the world has once again said: “Oh, the French!”. Sometimes, however, there seems no alternative but action of the workers to force the hand of the powers that be.

Or that is at least how it seems to stand in France.

Have you been caught out by strikes or protests before when travelling? Do you think the French are justified to strike as they do? Get involved in the discussion in the comments section below.

Notes
1. L’affaire de voile refers to the first laws concerning the wearing of the veil (i.e. hijab) in public. Debray was one of the politicians who first worked on the inquiry into the wearing of ostentatious religious symbols and drafting up legislation against such.
Image credits:
1. France television protest by Philippe Leroyer, via Flickr.
2. Regis Debray, via Wikipedia.
3. Riot Police by looking4poetry via Flickr.
4. Manif by Marcovdz, via Flickr.
5. Manifestations by Ernest Morales, via Flickr.