We’re guilty of indulging in French clichés & stereotypes – are you? 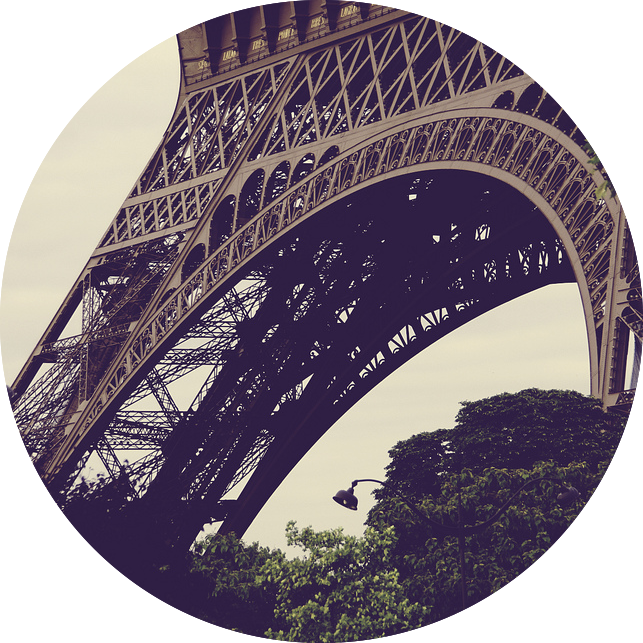 At My French Life™, we like to say that we go beyond the cliché, and we do! But of course, when writing on a country and culture steeped in stereotypes and generalisations, it’s often hard to do.

Our hands are red: we’re guilty of obsessing over French women and wondering how they stay slim; how they manage their beauty routines; where they shop, and how they cook. We want to speak, think and act like the French. Just listing all of these illicit desires is a cliché in itself…

In an article on Writer’s Digest, Peter Selgin explains that avoiding clichés is difficult. “Our own private thoughts, dreams, intuitions and fantasies are inevitably coloured by what psychiatrist Carl Jung called the ‘collective unconscious’ – the vast, reservoir-like body of shared human experiences and of myths, symbols and legends,” he explains.

It makes me wonder: how do we avoid clichés when our cultures and languages are founded upon them?

Where do clichés come from?

The English words ‘cliché’ and ‘stereotype’ are derived from a French printing method introduced in the 18th century. “According to The Oxford English Dictionary,” Richard Nordquist of About.com explains, “both terms originally referred to a process involving a metal plate cast from woodcuts.”

“By the start of the 20th century, the nouns had acquired the figurative meanings (and the negative connotations) that we’re now all familiar with: a cliché is any overly familiar word or phrase, while a stereotype is an oversimplified image of a person, place, or thing.”

Next comes the illuminating moment: “What this means, among other things, is that the word cliché didn’t yet exist in the early 18th century.” Norquist uses the poet John Gay as his example, but my mind is immediately drawn to Shakespeare and to the English poet John Donne.

We consider much of their work to be a cliché today, but consider this: when they wrote it, there was no such concept as a cliché. No other maiden had stood at her balcony gazing down at her beloved; no other woman had been compared to a summers day or a rose or a newfoundland. (At least not in writing.)

In short, at the time each cliché was invented, there was no better way of communicating this truth. So, its use became wide spread.

Are clichés about the French true?

While the essence of these truths might have been conflated over time, the truth is still in there.

For instance, perhaps most French woman that were visible to the public eye at one time were beautiful. Or perhaps a few large groups of French people smelt bad at another time. Or a large contingent of French sailors or soldiers or royals or commoners were perceived as rude by some foreigners. From this moment of truth springs the generalisation. And it is in the generalisation that the danger appears. 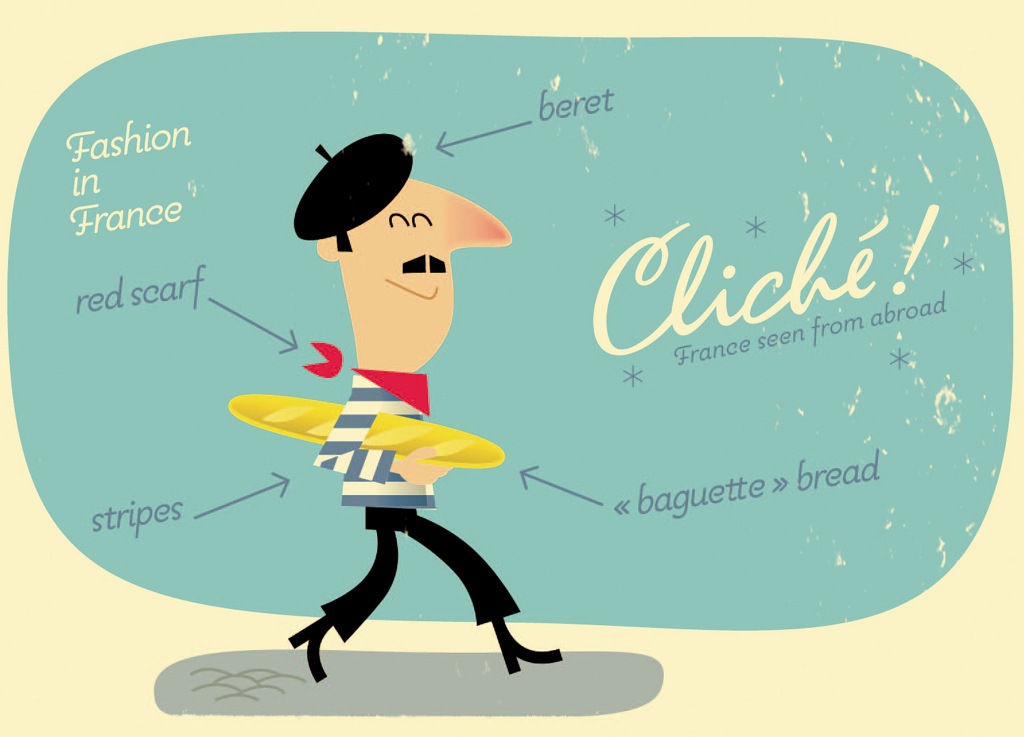 Yes, it is strange to many of us that the French count frogs legs and snails among their delicacies. As we well know, not many of them eat them regularly. This is a quirk of their culture that has become a generalisation due to its fascination.

And oui, it’s true that one does see a large number of French women who dress well, with style and elegance, and it is in their nature to be nonchalantly so. Mais bien sûr, this is not to say that all French women are slim and have an innate sense of style.

The generalisation then becomes a stereotype when no one stops to challenge it, or wonder why it is so.

What stereotypes are there about the French? 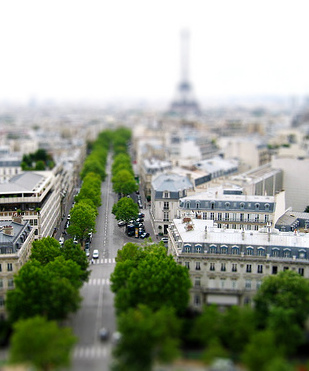 The list of French stereotypes will vary no matter who you ask. Kelby Carr, also of About.com, lists ten common stereotypes about the French.

It includes the fact that the French are rude, that the French hate Americans, that French people smell bad, that French women don’t shave and go topless at beaches… Yet as Carr explains well, most are generalisations, or things that might have been true once but are no longer so.

Meanwhile, in a guest post for My French Life™, Erin Czarra busted a few French myths of her own. She concludes by getting to the root of these clichés.

“The moral of this story is that sometimes you find people that live up to stereotypes. But if you look beyond the myth, you’ll see the real people.”

And, as My French Life™ writer Bianca Altazin explained in an article on French stereotypes:

“Toutes les nationalités ont leur lot de clichés, ou plutôt de caractéristiques qui font leur identité” – “All nationalities have their clichés, or rather the characteristics that make up their identity”.

As an Australian, I should know. Et non, we do not keep kangaroos as pets, nor do we all live in the bush, and have toilets that flush the other way. While these things might seem ridiculous, I’m always surprised at how widespread these beliefs are, or how easily one can lead a non-Australian to believe that they’re true. Which makes me think: is it just as easy when it comes to France? 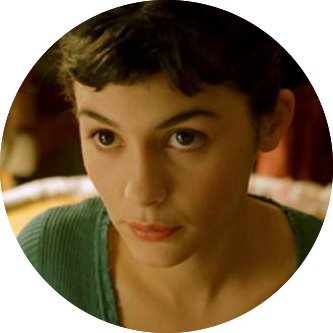 It is true to say that the French approach to life, people, style and food is very different to that of the anglophone world. They seem to have an innate understanding of the things that to us might seem utterly complex.

The French appear to have a rather unique and deeply-rooted sense of tradition and culture. This informs the way they live and interact with others. As it is so steeped in history, it’s difficult to understand for those of us who come from completely different cultural backgrounds. Though they might be a Western country, sometimes they appear as foreign as a deserted tribe in the Amazonian jungle.

Will we ever understand the French?

As one of my favourite literary characters, Atticus Finch, says in Harper Lee’s ‘To Kill a Mockingbird’:

“You never really understand a person until you consider things from his point of view… Until you climb inside of his skin and walk around in it.”

It might not be possible for us to ever literally step inside someone’s skin, and to completely understand their point of view, but it doesn’t mean we should ever stop trying. The fascination with the French is that we have such a difficult time understanding them. And as with all unsolvable mysteries, this fact has achieved god-like status.

Expats who have lived in France for years – especially à Paris – lament that they’ll never truly feel like a native. In his inaugural column as The Ranting Frenchologist, David Jaggard says that despite living in Paris for 30 years, he is “still mostly a foreigner”.

In an interview with My French Life™, author John Baxter admits to feeling similarly. “If I am Parisian, it’s only by adoption,” he explains. “Not every Parisian would accept me as one of them. Fortunately, most people in Paris come from some other region of France, so I’m in good company.”

My French Life™ correspondent Zoë Bradley perfectly captures this point of dissonance in her article on famed author, David Sedaris. The truth of France’s “illusive capital,” Zoë explains, “is sometimes eclipsed by those lights for which it is so famous.”

“Sedaris, like so many expats before him, fell for Paris despite all its despites,” she continues. “His decade in the city illustrates the unassailable lure that keeps us coming back to those can-be cold, Parisian streets for more.”

Will we ever ‘be French’? 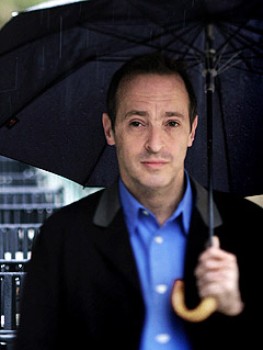 If Sedaris wouldn’t mind me mis-quoting his book ‘Me Talk Pretty One Day’ to provide a poignant finale for this exploration: “Understanding doesn’t mean that you can suddenly speak the language.”

We never considered that on that imagined day when we do understand – when we are able to climb into the skin of another human and walk around in it – perhaps we still won’t be able to be French. Understanding is one thing – living that every day is another.

So, we will continue to obsess over this foreign-ness; over the fact that we’ll never truly understand the French. And we return to clichés in an attempt to understand it.

What do you think? Are clichés completely unavoidable? What are you guilty clichéd French pleasures?