A Taste of Europe at the Salon International de l’Agriculture 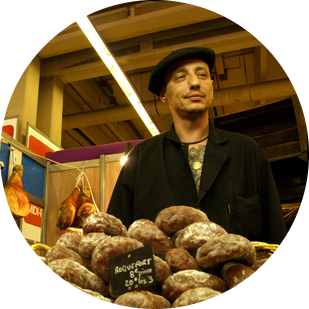 Every year, at either the end of February or the beginning of March, Paris hosts the Salon International de l’Agriculture, widely recognized as possibly the largest and best agriculture convention in the world.

It features over 1000 exhibitors with more than 35 000 animals and farming products. Exhibitors come from numerous countries, although the main focus is on France. This year was the Salon’s 48th.

Delighted at the chance to see something unlike anything I’d seen before, and enticed by the thought of sampling delicious tastes and treats, my friends and I decided to go.

It truly was a sensory experience. The sights, the sounds, the smells…

There were swarms of people everywhere and children running in all directions. The friends I was with likened it to a county fair, but never having been to one, I didn’t have a good benchmark. There were several gigantic pavilions, each packed to the gills.

We decided to start in pavilion one, which housed the livestock. There were prize-winning cows, sheep, pigs, goats and chickens. These animals were praised for their meat, their coats or their wool, depending. The owners were nearby and the animals looked well-pampered, and well-cared for. There was also plenty of information on hand about how the animals were raised.

A bit heady from the smell of so many animals in one space, we moved on to the pavilions filled with farming equipment, vegetables, honey and other products that come from farming the land.

We ambled into the international pavilion for lunch. I’d never had fondue before (quelle horreur!), so we stopped at a small Swiss restaurant for gruyère fondue and refreshing white wine. Mmm… delicious. At the end of our meal, our burner decided it didn’t want us to leave, so it sent up large flames in protest. No one – not us, our neighbors, the poor waitress, nor the manager she called to help – could put out the flames!! They eventually took the burner away, and I imagine it’s still there, somewhere, flickering away, like the Olympic torch of our meal. Since we’d made such a great impression on the international scene, we decided it was time to go local, and headed into the largest of all the pavilions, pavilion seven.

As with any good expo in Paris, food and wine was abundant, and this pavilion was the crowning jewel. It was two-storied and housed products only from the regions of France. Each region was given its own section, and stocked full of wines and cheeses and breads and local delicacies.

We sampled wines from many different regions, my favorite being a white wine from the Haute-Savoie, given to us by some very intoxicated local Haute-Savoians. We drank beer from Alsace, ate cheese from Franche-Comté, and macarons from Bretagne. It was a culinary whirlwind and geography lesson all in one.

I highly recommend a visit when the Salon returns again next year. I know I’ll be back. It’s very popular, however, so I would suggest visiting mid-week instead of the battling the crowds on a weekend. 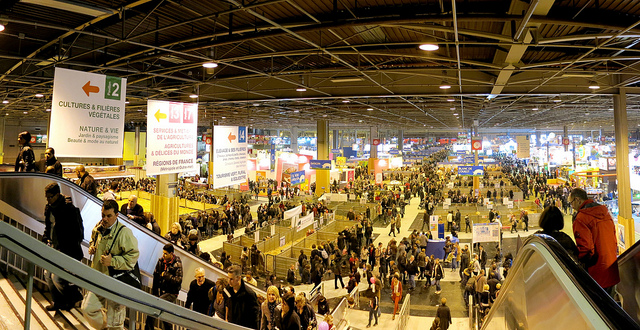 Have you been to this fantastic agricultural convention? Share your experience with us below!