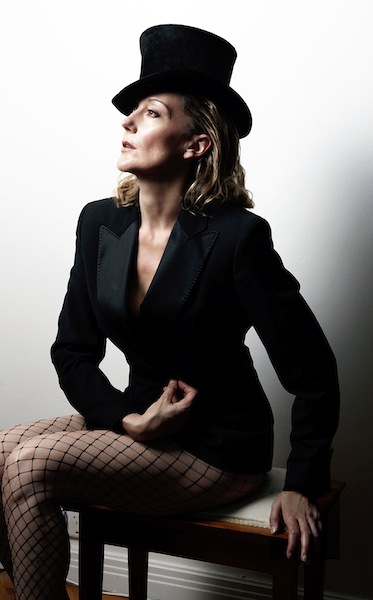 Caroline Nin is a French jazz chanteuse, famous for her renditions of the songs of Marlene Dietrich and Edith Piaf.

Nin was born in the Marais quarter in Paris. She started her career in the Paris jazz venue The Hollywood Savoy, singing the songs of Ella Fitzgerald, Billie Holiday, Sarah Vaughan and, of course, Edith Piaf. She later moved to London and sang in the city’s clubs and bars, until the Alliance Française booked her for tours around England in 1994-5 to promote French culture. She has since travelled the globe; to Asia, Europe, America, Australia and New Zealand.

Her career highlights include winning Best Cabaret Show at the 1998 Edinburgh Festival, and singing extensively at the Royal Festival Hall (London), the Sydney Opera House, Melbourne Recital Centre – Elizabeth Murdoch Hall and at her ‘base’ The Lido the famous French cabaret on the Champs Elysées, Paris. All of these theatres she says are glamourous, and to perform in them is a ‘treat’.

She took time out of rehearsals for her current tour around Australia and New Zealand to speak to My French Life™ today.

What are three adjectives to describe Caroline Nin, the person?

I’m French. I live in France, when I can, because I’m performing in many, many countries around the world. I am going to Paris in October and I am hoping to stay for three months. I live near the Bastille.

What are your interests outside of singing?

I do write, but that has to do with singing because I am writing songs. I love skiing, and I do a lot of yoga.

Where do you spend most of your time?

It’s a mix. I share between Paris, London and Sydney. It’s great. I try to come to Sydney for a minimum of four to five weeks, because it’s such a long trip.

How did you get started singing?

What styles of music do you love?

I like a very big range of music. I listen to classical. I’m trained as a jazz singer, so I’m a big jazz fan. The world of jazz is immense, so I love all sorts of jazz, from instrumental to vocal. I’m very into electro, both French and world electro. For French electro, I really like Air, Daft Punk and Justice. I’m also a big fan of a lady called Camille.

How to you describe your singing style?

I would describe it as very personal. I have a lot of different repertoires. I can sing Edith Piaf, but in this new show, I kind of mix a lot of English and German songs from musical theatre to movie scores. So I’m still trying to find my identity, but I think I’m finding it. It’s got a lot do ‘torch’ songs.

How do you prepare mentally to channel singing icons?

I suppose because I’ve been doing this for so long, the theatre type shows, I am used to it. I just channel them when I do my make up. When I do my make up, I move into the characters. And costumes and props [help too]. And once you’re on stage, you just become the other [person].

You say you have an intimate connection to Edith Piaf. Can you elaborate?

I’m not the only one; Martha Wainwright and Joni Mitchell have done tribute albums to Piaf. As well as the French actress that played her in La Vie En Rose, Marion Cotillard.

I think Piaf’s spirit is still around. I don’t think I channel Piaf, I think she choses to come from within me. She’s got this amazing power, which is very well explained in the latest biography called No Regrets by Australian writer, Carolyn Burke.

There’s just this amazing thing. Martha Wainwright and Joni Mitchell say the same thing; it’s more Piaf who inhabits you, rather than the other way around. It’s a very bizarre feeling. But I’m afraid I’m addicted to it! When I do the Piaf show, I know she’s there. It’s magical. 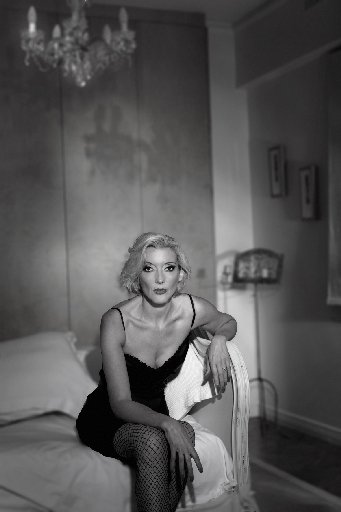 Which other French singers’ songs do you enjoy singing?

I think back then, France had its own musical identity. There was a big influence coming from eastern Europe and Italy. The sounds are very French. I think they really represent France. With globalisation, I find there are good and bad things; sometimes I think the French are trying to sound like they can play rock and roll, punk, but it’s very rare when you can find someone who can that [well]. I really love the original French identity in music. There are a lot of artists that are doing that in France again, and it’s brilliant.

What was it like being chosen for by the Alliance Française to promote French culture, particularly music, in England?

The people at the Alliance in England thought a good way for all the Francophiles to learn French was through song. We also introduced them to more than Piaf. There was Juliette Gréco, she was the icon of the Left Bank in the ’50s and ’60s. And then Jacques Brel. I think it did really well. They did a follow up, but then I’ve kept doing it, just by myself, even without the help of the Alliance.

What is your connection to other English-speaking countries, particularly Australia?

Who is your favourite singer, songwriter or composer?

What is your favourite French song?

Oh, that’s a tricky one. I would say at the moment, because it changes, it’s ‘Mon Dieu’, an Edith Piaf song.

Where is your favourite place in Paris to relax?

It would be sitting, very early in the morning, on the steps of the Sacré Coeur watching the city. Before it gets really packed with people. The stairs oversee the whole of Paris, you can see all the buildings’ rooftops.

Where is your favourite place in Paris to celebrate a big event?

I’m dreaming of performing at Le Théâtre de la Ville. I’ve seen a few concerts there, now I dream of singing there.

Which is your favourite bar in Paris?

My favourite of all time is a little place in the Marais and it’s called Le Petit Fer à Cheval (The Little Horseshoe), because when you walk into the bar, it is shaped like a horseshoe. It’s unique. You can sit on the high stools, drink coffee and eat croissants, and watch people walk by. It was the first bar in Paris that I went to on my own.

Which is your favourite place to holiday?

The island of Corsica.

What is your favourite French food?

I don’t know if it’s really French, but it would be oysters and champagne.