You can read Episode 1 of our 2 part interview with Paris based filmmaker Andrew Shemin here. 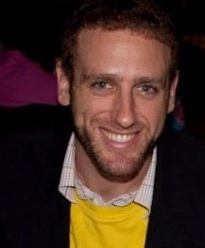 Who is your favorite French filmmaker?

François Truffaut. I find that his films have a real energy that brings life to those two hours of passive sitting and watching.

Which is your favorite French film?

François Truffaut’s 400 Blows has long been my favorite French film, but I haven’t seen it in many years now. My favorite recent French film was Des hommes et des dieux by Xavier Beauvois. I also have to mention the educational TV series ‘French in Action’. It’s a great series, very effective for language learning, and I think it’s what kept up my interest in France between my first visit and eventually moving here.

Which is your favorite Parisian arrondissement?

Which is your favorite gallery or museum in Paris?

Musée d’Orsay. My last visit there was what finally gave me the ultimate push to realize this documentary. I was inspired both by the art of the Impressionist painters and by the sheer magnitude of the crowd that comes from all over the world to see this art. People still long for and go a long way to see beauty. Where is your favorite place in Paris to film and why?

Shooting locations depend so much on the needs of a given project. In this project, I was drawn over and over to the Seine. It is a popular summer hang-out for Parisians and tourists alike. And it is undeniably beautiful, especially that central stretch between the Louvre and the flying buttresses of Notre-Dame. It is the center of Paris, and contains, right in front of Notre-Dame, the ‘kilometer zero’ mark by which distances are measured in Paris and France. Unless the final cut of the film changes, the very first shot will be one that, by chance, I made exactly on kilometer zero, a very appropriate place to start an exploration of Paris. 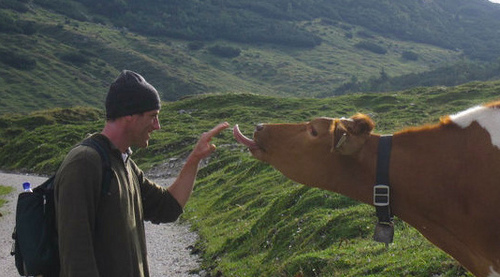 Where is your favorite place in Paris to relax? to celebrate a big event?

I love the parks. The Luxembourg Gardens are my favorite, but I love the Buttes Chaumont and Parc Daumesnil for having more space to gather and do things.

Thank you Andrew for this interview with My French Life™. We’ve enjoyed getting to know more about you, your film project and your French favorites.

Andrew has set up a Kickstarter page to support the final stages of the documentary’s post-production (Kickstarter is a website where anyone can support an artistic project’s creation and in return receive customized rewards).