On herself, the writing process and her French favorites.

Sandra Gulland is an American-born Canadian novelist. She has written a trilogy of novels about the life of Josephine Bonaparte: The Many Lives & Secret Sorrows of Josephine B.; Tales of Passion, Tales of Woe; The Last Great Dance on Earth. She also wrote an historical novel based on Louise de la Vallière, Louis XIV’s mistress, called Mistress of the Sun.

To date, Sandra’s novels have been published in 15 countries and translated into 13 languages.

Sandra (who was in San Miguel de Allende, Mexico) Skyped Laura (who was in Melbourne, Australia) to discuss the women of 17th century France! Sandra also shared more about herself, her books and the research/writing process. Thank you Sandra for doing this interview with My French Life™. 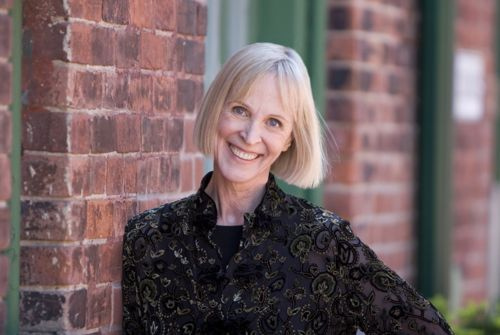 Sandra, how would you describe yourself in three adjectives?

I have a tenuous connection to France; my mother’s father was a French American, but I never really knew him. He was always a mystery figure. Other than that, I grew up in Berkley in the 1960s and French culture was very strong there at the time. That was the beginning of my of my fascination for all things French.

What inspired you to start writing fiction?

I always wanted to be a writer. I took various stabs at it during my life, but when I turned 40, I realized that if I really wanted to write a book, I had to start, I couldn’t keep saying I’d do it later.

Generally, it’s a passion for a subject and curiosity that really drive me, because through fiction I can explore what another world is like.

You are a constant and disciplined writer. How do you maintain this perseverance?

I feel that the day isn’t right unless I am working on whatever it is I am working on. I feel very drawn to it. It isn’t so much a discipline as a compulsion! But there are times when I have to discipline myself, because it is easy to spend a lot of time on research, but there comes a certain point when I have to say, “OK, now we actually have to put words onto paper.” 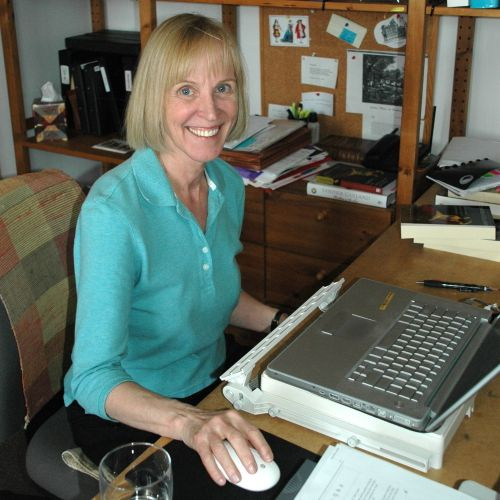 Your books have been translated into 15 languages. Have you read them in any other language?

No, I haven’t even read the French editions. It’s unnerving enough to read them in English!

But you continue to learn French…

Yes, I’m always working on my French, but it’s difficult for me because I don’t have a natural facility. I live a long way from any French communities, so it’s difficult to find teachers. But I’m constantly studying the language. One of my French friends said, “It’s shocking just how bad your French is,” and I thought it would shock him even more if he knew just how many decades I’d spent learning it! I need an immersion.

But you do research in French…

Yes, I can read it a lot better than I can speak it. And, I find 17th century French much easier to read than 17th century English, because it seems more unified.

As you say on your website, throughout your varied experiences of teaching, publishing, editing and even being volunteer principal at a parent-run alternative school “Meanwhile, and always, writing …” What advice do you give to budding writers?

Firstly, I would say make time for it; you’re not going to find time for it, you really have to make time. In my case, that meant when I was starting, I would set my alarm so I was up before anyone else in the family (which was pretty early, because because my two children were babies). When I had a book contract, and I really had to write, I had to give up things in my life, I had to give up a lot of community work.

Secondly, you have to have faith in yourself and in the process. If you’re beginning, you should read books about the [writing] process. One of the things you will learn from them is that everyone’s first draft is garbage. You don’t really have anything until you’ve taken something through six or eight drafts. And these include major changes. This is one thing that young writers don’t understand; it’s a process of discovering the story, over and over again. You have to be patient and give yourself time.

You maintain blogs about doing research and writing. How does blogging help your novel writing?

I really enjoy blogging, it’s a way of crystallizing my thoughts and a nice way to share and connect with readers.

What are your interests outside of writing?

Reading. I’m kind of a compulsive book collector. I travel. I have a horse. I’ve always had an interest in horse back riding. 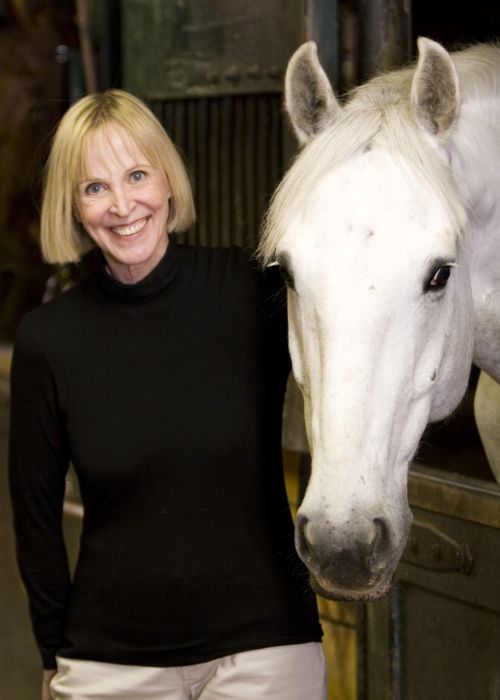 On your website, you say you have an ‘unruly addiction to horses’…

Yes, it did get out of hand for time there. But now I only have one horse, an old horse, my true horse. 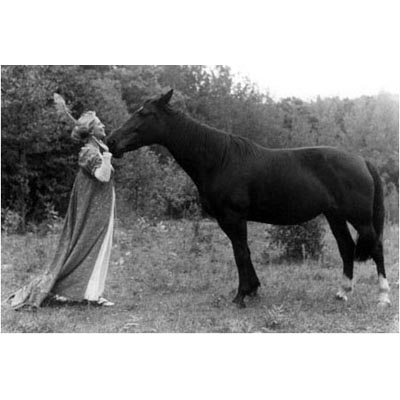 And keeping on your favorite things, let’s jump to your French favorites!

You have lived in America, Brazil and Canada. You’ve also traveled to France, Italy and Martinique, for your research. In which is your favorite city to live?

We have two lives, one in a very small, rural town in Canada and one in San Miguel de Allende in Mexico. And I wouldn’t trade both places for anything, except maybe Paris. Paris is my favorite city in the world to visit, and I would love to spend an extended period of time there at some point. 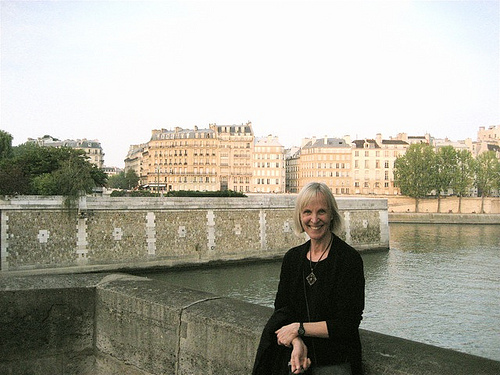 Any sidewalk cafe. Any one will do!

Where is your favorite place in Paris to write?

I don’t write in Paris, because every time I’m there I’m doing research. So, I take research notes like mad, and when I get home I write. I look forward to having the opportunity to actually write in Paris.

Where is your favorite place in Paris to do research?

Every trip I take is different. I’m always tracking where my characters lived. I do go to some museums and have the opportunity to meet with people who are experts in their field, but mainly I’m tracking the lives of my characters. It has has to do with place more than anything else.

Again, I’m going to be general; a really good restaurant, and there are so many.

Which is your favorite historical monument in Paris to visit?

Oh, that’s a good question. Well, Versailles isn’t exactly a monument, nor is it in Paris, but it’s an incredible place.

My favorite currently is a very popular author, Anna Gavalda. I’ve read two of her books: Hunting and Gathering and Someone I Loved. This last one came in a sweet, little edition that was translated into English in the first half, and then had the original French in the second half.

To read the continuation of our interview with Sandra follow this link : ‘Episode 2: On Josephine, Louise and Claude (the heroines of her historical novels). “

Thank you Sandra for taking the time to speak to us at My French Life™. We’ve enjoyed getting to know more about you, your research and writing process and your French favorites. To find out more about Sandra, you can see her website.