Please Don’t Stop the Music. Unless…

Sean Paul, at least to me, never seemed like a legitimate threat to French culture. Granted, I would never use his lyrics to teach an English grammar lesson, but that doesn’t mean that French high school students don’t find his songs easy to dance to, much like their American counterparts.

However, Sean Paul remains one of many artists criticized in his home country of being ‘too American’, thanks to his collaborations with various Anglophone artists, including Rihanna and Beyonce. In a world where a leak of a long-anticipated album can travel from New York to London to Tokyo in a matter of seconds, English has become the lingua franca of most Top 40 songs, despite the current trend in European-flavored dance music, like David Guetta, and to the chagrin of many countries immensely proud of their language. Like France. 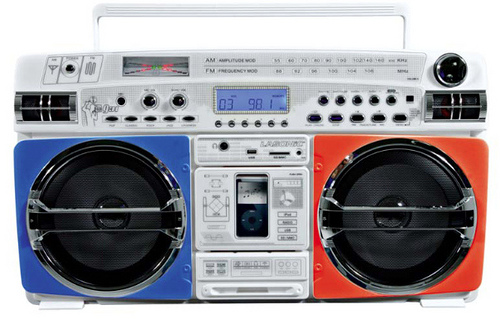 The question that remains is whether the popularity of such tunes is a threat to French culture or simply a sign of the times and of music’s power to unite people across borders? It’s a hot topic in France, where Anglophone music (I say Anglophone rather than American so as not to forget the contributions of Adele, Coldplay, Robbie Williams, etc.)  seems to dominate the radio waves of the most popular Top 40 stations, like NRJ, Virgin and Skyrock.

Call me a cynic, but as someone who appreciates songs more often for their lyrical content rather than their melody, I’m often lost as to how people can dance to songs that they don’t understand. The Conseil supérieur de l’audivisuel agrees. In 1994, it set the ‘Pelchat’ amendment to an earlier piece of legislation, which required that 40 percent of music diffused on radio channels be francophone (or by French artists) and that 20 percent be from new talent. No escaping it, either: “ces oeuvres devaient être diffusées aux heures d’écoute significatives. »*

Most radio stations didn’t take the law lying down. By 2000, pressure on the Conseil was strong enough to add a few amendments to the law. The pressure came mostly from radio channels that claimed that the blanket uniformity of the law made difficult for Top 40 radio stations to keep up with the times. In essence, this confirmed why such a law was put into place to begin with: it was simply unrealistic to ignore the American music that blared in clubs or on personal music players. The new amendment kept the 40/20 percentage for ‘general’ radio stations, increased the percentage for ‘specialized’ radio stations (60 percent francophone/French, with 10 percent of them new artists, and decreased the quota for ‘young’ radio stations (35 percent francophone/French with 25 percent being new talent).**

Such a reform would be unheard of in the United States today. Turn on a local ‘young people’s’ radio station, and you’re overwhelmed by the Usher and Lil’ Wayne. Artists like Shakira, who combine genres and languages, are few and far between. If anything, realizing that some countries feel that such a law needs to exist to protect their cultural patrimony forces me to put my own musical tastes into question: since when did it become a political choice to listen to Perry rather than De Palmas? More importantly, if music is supposed to be the great unifier, then why so much discord?

I’m normally all for French culture. But, this law puzzles me. Listening to the new Inna Modja song, ‘La Fille du Lido’, I hear both French and English. Pop quiz: What song would this qualify as?*** The Answer: French. And so, I have to beg the question of whether Modja uses both her fluency in English and her status as a francophone singer to take advantage of the law. She surely is not the only singer who has uses Anglophone featured artists or catchy English-only choruses in their songs. Why bother writing a song in French, and having the most important component (arguably, the chorus) be in a language your listeners may not understand?

The French culture, like any other, is worth protecting. But this law raises an interesting question regarding freedom of expression. Take a look at the new Simple Plan video with Natasha Bedingfield and the other with Marie Mai. In it, Marie Mai and Natasha Bedingfield are in the same hotel room and have the same gestures and eye make-up. 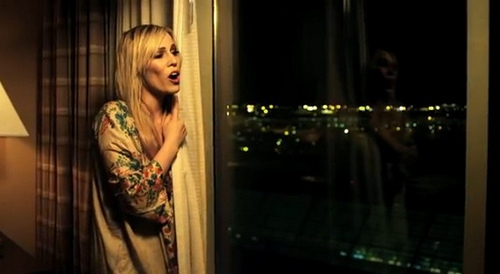 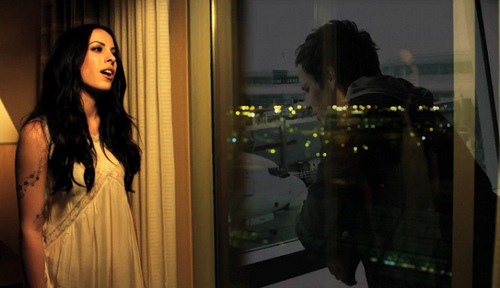 Although Simple Plan’s lead singer should be applauded for his impressive French, it’s just a bit freaky to see a video in which the languages spoken, and the artist, are so easily replaceable, for the profit of musicians hoping to get more airplay with a certain audience.

We can debate this for days and never find a solution. For now though, all we can do is sit back and enjoy the music. That’s what music is for after all, right?