Le Skylab is the fourth film from Julie Delpy, who now writes, directs, and acts in her own productions. It is replete with Delpy’s quirky style and deft hand at dialogue, first seen in the Before Sunrise and Before Sunset pair, where she received writing credits, and later in 2 Days in Paris, her first production.

This film depicts a familiar theme in French movies – that of the family gathering together, usually for a celebration, in this case grandmother Amandine’s birthday, and usually in a regional location, cue Brittany. 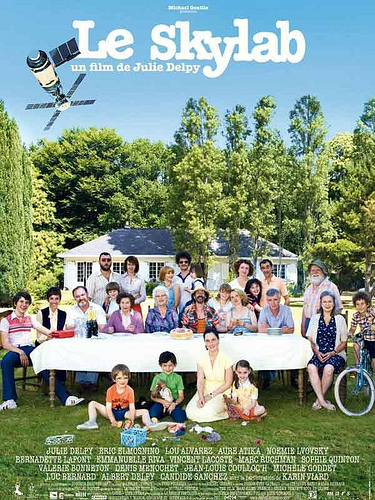 The film is topped and tailed with the adult Albertine (Karin Viard) travelling with her family to Brittany. While settling into the journey, she remembers a family reunion from her childhood. Albertine takes the story back to her 11-year-old self arriving with her parents and grandmother to the gathering of her father’s family – siblings, spouses and children – at the family home. It is at the time that the Skylab was reported to be crashing to earth.

As is the style, there is much dialogue; Delpy gives us discussions around the meal table, veering from frivolous to serious topics; disjointed conversations among the adults; teasing and fighting amongst the children. It never appears to follow a thread – it is just the chaos around a large family group getting together.

Amongst the light and humourous moments, Delpy touches on some serious topics: the brother who fought as a paramilitary and appears to be suffering post-traumatic stress; passionate and opposing views when the discussion inevitably turns to politics.

A light touch is given to the awakening maturity of our 11-year-old heroine, Albertine, as she falls in love with the teenage son of a friend of her father’s whom they encounter on the nudist beach. 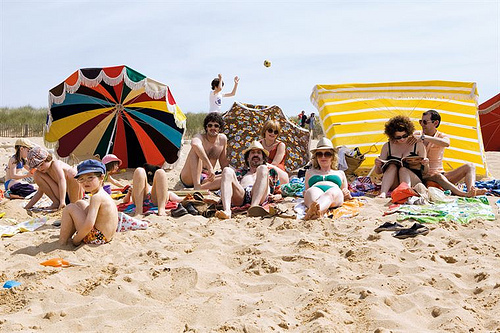 The Skylab itself invokes the topic of death. Albertine’s mother, Anna (Julie Delpy), has taken to heart the prediction that the Skylab will land in Brittany. She has passed this fear onto Albertine, who is worried it will land on her family and could even bring about the end of the world.

Above all the film is about family, the connection that means that, even when the most brutal things are said to each other, there is still forgiveness. This is what Albertine is seeking as an adult – ‘happy families’.

The performance by the young actress, Lou Avarez, as Albertine is delightful. She moves in and out of scenes with a knowing presence and we see the family gathering unfold through her eyes. The various actors playing the adult siblings draw the right tension and pathos to their familial interactions.

With its rambling style the film, at just under two hours, feels long, but is not boring. The quirky vignettes move seamlessly from one to the other and the 70s theme is charming.  Short shorts or John Travolta-esque moves anyone? 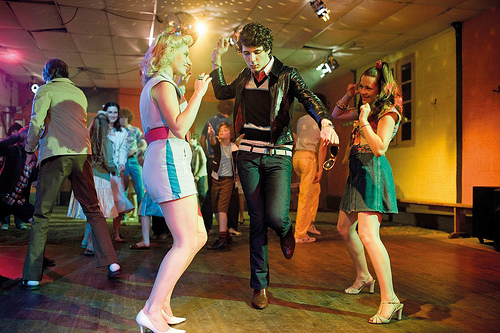 The siblings, spouses, children and grandparents form a large cast who are often all on screen together. It is endearing how Delpy directs these scenes of family just being together. Her family features with her in her movies and this film is no exception, with her father playing the senile Uncle Hubert.

Delpy gives her characters distinctive personality traits and writes their parts with underlying fondness.  I love Julie Delpy’s work so, for me, this film is a joy.

Le Skylab is screening as part of the Alliance Francaise French Film Festival 2012.