Normally I’m not too keen on window shopping. If I’m not actually buying, then I can’t get excited about the goods – it makes me irritable (to put it politely). But the same rule doesn’t apply in Paris where window shopping is a national pastime.

My introduction to this phenomenon was on a warm spring day on the Champs Elysées. There were so many people gathered that we thought there must be a parade or some sort of demonstration happening. But no, it was just a staggering amount of window shoppers strolling the Avenue and checking out what was new.

Window shopping at its best

Following the crowd, we quickly discovered the attraction although I wasn’t even tempted to buy the new model of Mercedes that everyone was gawking at. We continued our window shopping on the Right Bank until our eyes were beyond being dazzled. All the major designers, jewellers, high end… everything! 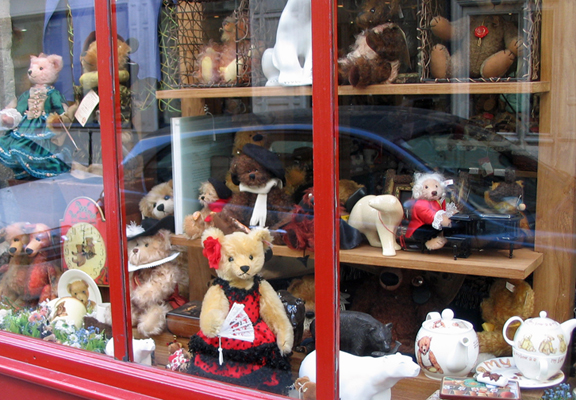 For those of us not in the market for a luxury car, monogrammed Vuitton luggage or a handful of diamonds, the Left Bank offers spectacular window displays. Some stores in Paris are so tiny that you have to wonder how they manage. However, Parisians turn maximizing every square centimeter into an art form.

The window displays are so well integrated into the store’s available space that if you don’t see what you want from the street, save everyone a lot of bother and don’t go in. The French translation for window shopping is lèche-vitrine, to ‘lick the windows’. Very appropriate seeing as everything looks good enough to eat. 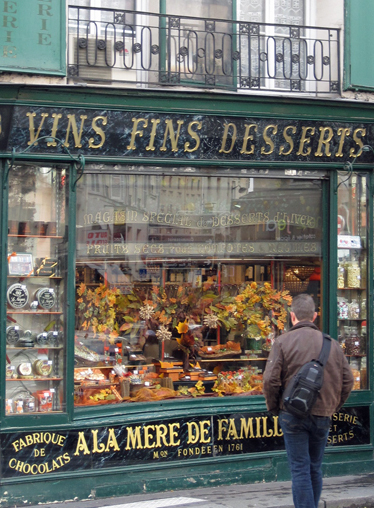 If it was only Chanel, Givenchy and the high-end shops I’d understand the elegance and creativity you see from the street. They can, after all, afford to hire the best.

But as I watched the owner of a patisserie put freshly baked goods in the window, I realized what talent she had in making everything look so appealing and artistic. A touch here, a touch there, and voila… irrésistible. It’s the same no matter what the shop is selling.  How can we resist such originality?

All the displays that make me want to a) smile, b) eat, and c) stay in Paris forever, are exactly what makes window shopping in Paris such a treat.

What do you think about window shopping? Do you do it often? Share your thoughts with us in the comment box below!