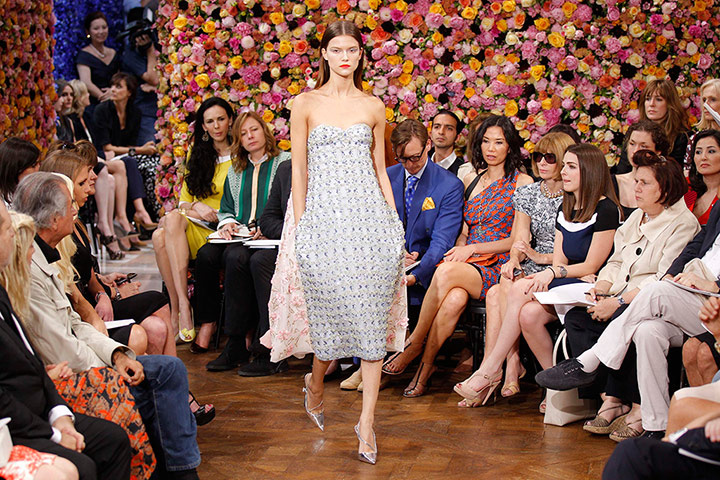 Give me a famous French fashion house, and I’ll give you a weird and wonderful creative director.

Despite this, each season they pump out incredible collections that stay true to the legacies of their respective design houses. Sometimes, however, their bizarre ways get the better of them. After professing his love for Hitler online early last year, John Galliano was ousted from the position of creative director at Christian Dior.¹

Since March 2011, the famed French fashion house has been sailing with no one at the helm. In April this year, Belgian designer Raf Simons was named artistic director for haute couture, women’s ready-to-wear and accessories collections.²

While the collections for his eponymous men’s line have been odd, bewildering and everything in between, he assuaged fears with a stunning first collection for Dior.

Founded in 1946 by its famed namesake, the House of Dior is one of the heavyweights of French design.³

In 1947, Dior changed the face of fashion worldwide, with his ‘New Look’ collection. Emerging from the postwar years and throwing off the ‘make do and mend’ mentality, Dior decided what the future was to look like. Cinched in waists were teamed with voluminous skirts and chic headwear.

The impact of his work was so great, that the iconic image of this collection still endures today. Since its inception, Dior has continued to keep up its tradition of reinvention rooted in classic design. The artistic directors of Dior have allowed the brand to develop and reach new heights, where other fashion houses find themselves stagnant. 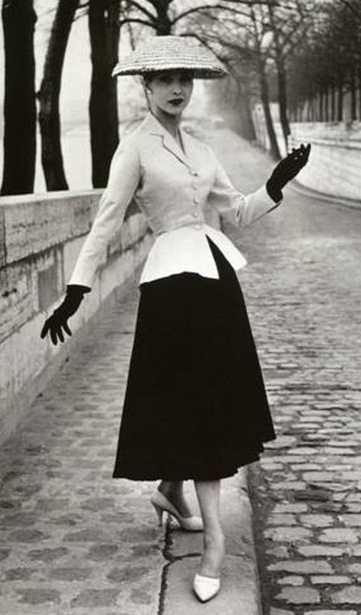 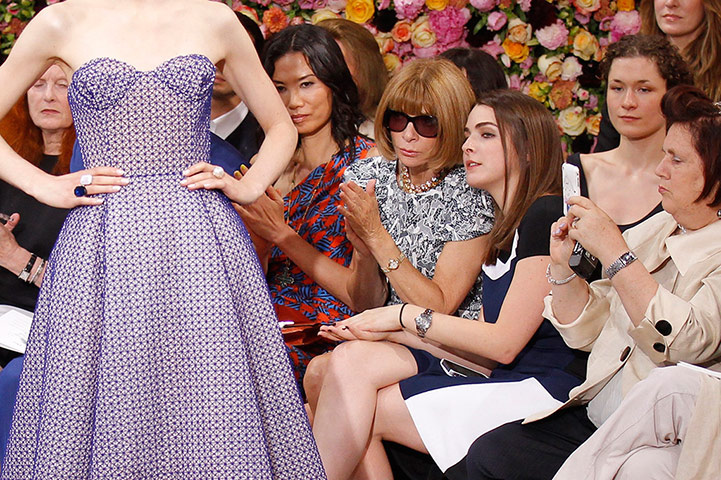 But it wasn’t Anna Wintour or Inès de la Fressange who topped the list of most impressive guests. Renowned designers Riccardo Tisci, Alber Elbaz of Lanvin, Donatella Versace, Marc Jacobs, Olivier Theyskens and Azzedine Alaïa were all in attendance. It would seem that Simons has some important peers to impress.

A flower-filled mansion set the scene for a collection that was as simple as it was striking. Structured suiting sat alongside 3D florals, voluminous skirts and graphic tie-dye prints. 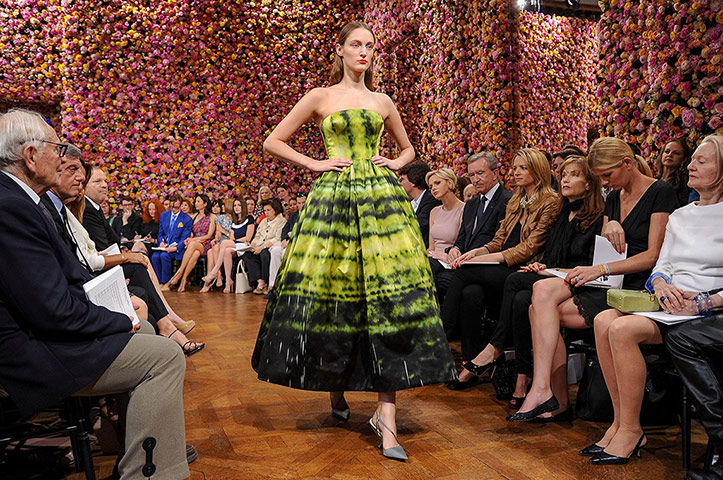 Not everyone felt their breath taken away, however. Pop Culture website Pedestrian declared that the collection was beautiful, but not breathtaking. “Compared with the high drama and spectacular showmanship of Dior’s visionary ousted couturier, John Galliano, the collection fell flat.”?

Fashionologie reporter Just Fenner remarked that, “Despite favorable reviews and warm accolades in general, the applause at the end of the show was described as ‘lackluster.’”?

I for one have always appreciated beauty in simplicity. And simplicity is often harder to perfect than opulence.

The perfect suit? Sounds simple, but is rather difficult to execute. I found Simons’ incarnation a consummate example of fine tailoring. 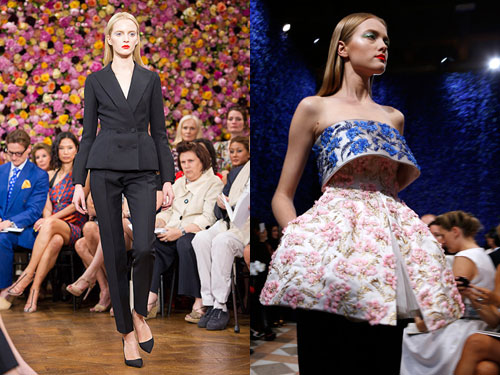 3D florals? They can be tacky or overdone. Simons, however, made them wearable.

While the idea of haute couture is perhaps not to be wearable, it’s refreshing to see a collection that can inspire people on a real level.

As Pedestrian also remarked, “Once Simons becomes confident to push the boundaries of the brand’s traditions a little further, the future of Dior will be in safe hands.”? 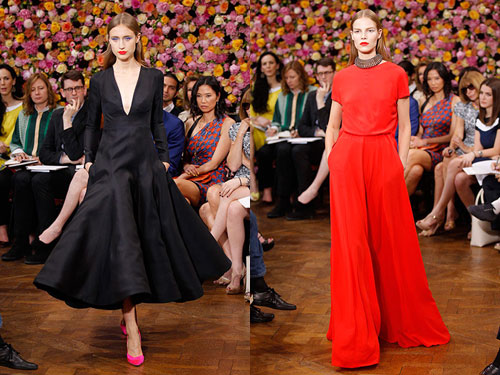 Simons is known through his men’s collections for simplicity accentuated by overstated details. Silhouettes are sharp, but enlarged; or traditional but emblazoned with unconventional prints. His Men’s Spring/Summer 2013 collection, shown one week previously at Men’s Fashion week in Paris, is further evidence of this. 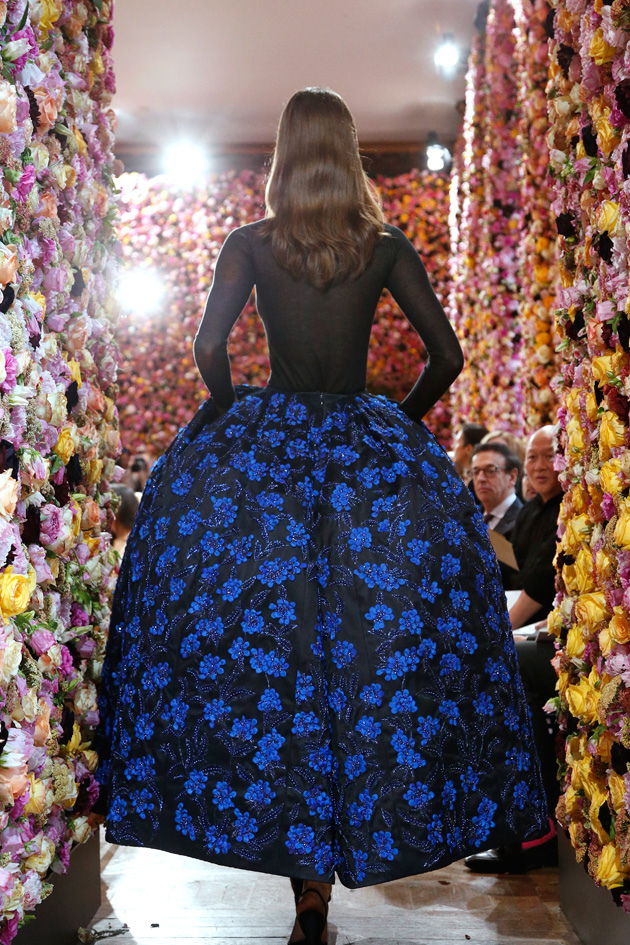 While highbrow fashion critics might choose to be underwhelmed, I choose to be inspired. Perhaps my failing is that I always choose to see the best in things.

One thing the masses cannot deny, however, is that Raf Simons is here for the long haul.

What do you think of his debut collection for Dior?