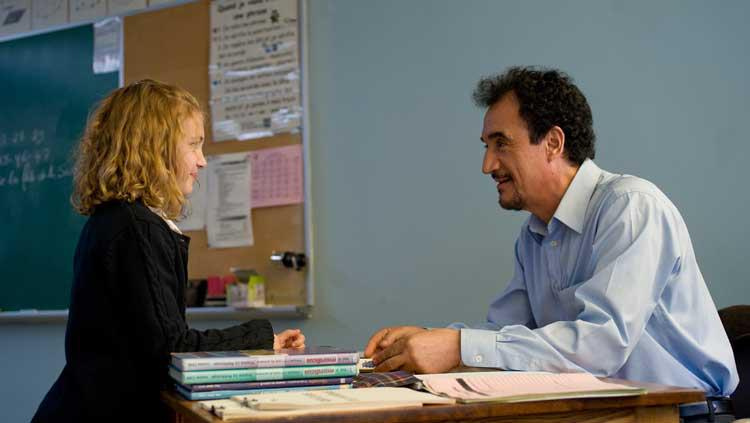 Bachir Lazhar is a 55-year-old Algerian immigrant living in Montreal. He reads in the paper that the beloved teacher of a year six class has suddenly passed away. Feeling that he can be of help, he turns up at the school to offer his services as a substitute teacher. 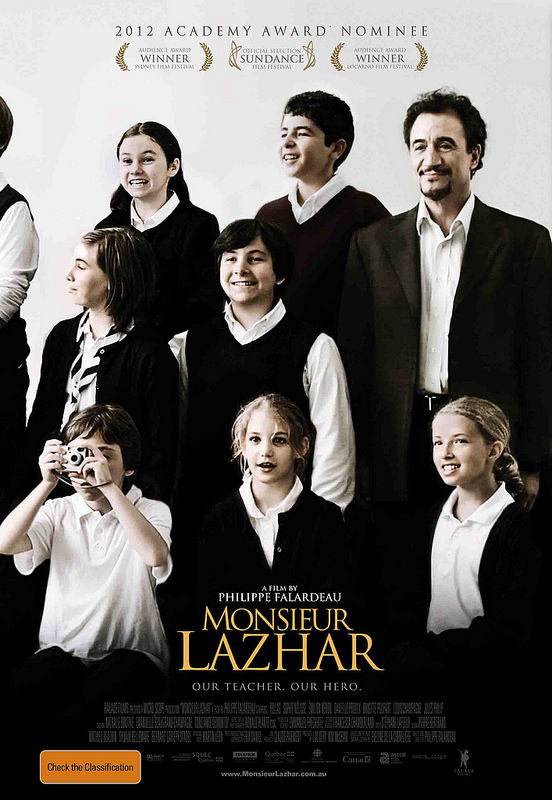 Director Phillipe Falardeau describes Bachir as a “rich character”: “Bachir has his own backstory, his own history, even before the movie starts.”

But, the story needed to “stand on its own merit”. “I… liked the fact that Bachir’s tragic story of being an immigrant wasn’t the central plot,” he explains.

The purpose of this film’s narrative is not to uncover Bachir’s dark past. It is to use his placement as an outsider to give us a unique view of the world in which he resides.

With a background as rich as that of Bachir, Algerian actor Fellag brings a depth and believability to the character. Fellag studied theatre before appearing on the stage many times before he’d even reached the age of 20. Like Bachir, he found himself exiled from his homeland, spending several years in France and Canada.

On his return to Algeria, he began working once more. In 1995, however, a bomb exploded during one of performances. This was to be the catalyst for his permanent move to Paris.

Falardeau says that finding Fellag in Paris was a revelation: he was the perfect person to bring Bachir to life on the silver screen.

“While he was in Tunisia, the authorities warned him not to return, as there was a fatwa against him,” Falardeau explains. “He has experienced what Bachir went through, and for me that death warrant gave him additional depth.” 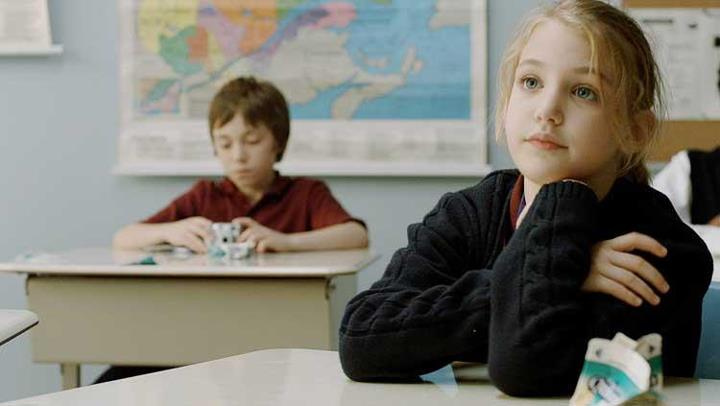 With so many emotions at play, it is a difficult feat for a director to tug at each heartstring at exactly the right moment, with just the right weight. It’s easy to fall into over sentimentality.

Kenneth Turan of the Los Angeles Times says that, “It’s difficult doing what ‘Monsieur Lazhar’ does, conveying the delicate reality of human emotions in a way that engages without being overdone, but this film makes it look like child’s play.”

Patrick Peters of Empire magazine feels similarly: “An Oscar nominee at this year’s Academy Awards and for good reason, Falardeau’s film is moving, smart and sensitive. Terrific stuff, in short.”

The film will be released in Australia on September 6, with special advanced screenings from Friday August 24.

Ma Vie Française™ magazine and Palace Films would like to give 14 lucky members the chance to win a double pass to attend an Advance Screening at participating cinemas in Australia.

We will then select 7 of the best answers as winners in our first draw, at 5pm AEST, Tuesday 21 August 2012.