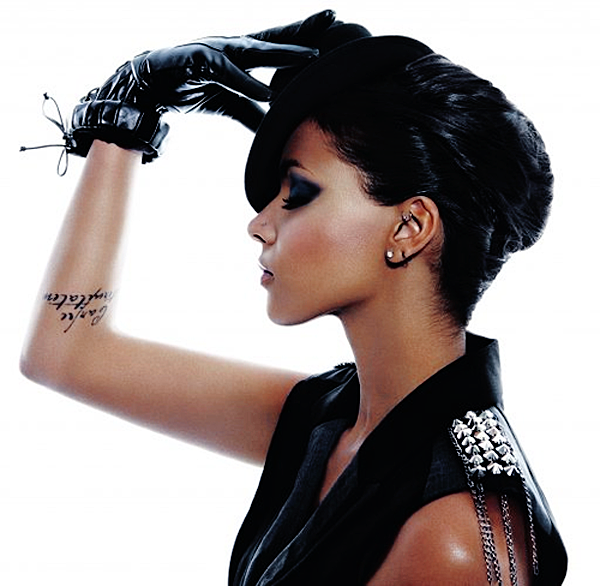 Bonjour, and welcome back to another French Music Monday, where we bring you a random selection of French musicians and French-language songs to help start your week.

This week’s theme is females of colour who sing in French. They’re not all black, but they are all beautiful. I love their passion, their talent, and their pride in who they are.

*Disclaimer: Now, I’m rather well-known for having a wonderfully eclectic taste in music (my friends tell me it’s less ‘wonderfully eclectic’ and more ’horrifyingly bad’, but I digress). So if you want to help out with some suggestions of good songs or artists, let us know in the comments section.

What better song to kick off this list than Shy’m celebrating her French Caribbean roots. Her music and dancing style remind me a little bit of Ciara, and she looks a little like Alicia Keys. This song is from one of her early albums, ‘Mes fantaisies’, which had more of an R&B sound than her current work does. See also ‘Oublie Moi’ from the same album.

Pop singer Amel Bent is half Algerian, half Moroccan, and all awesome. She got her start on the French version of Idol – she didn’t win, but she did well enough to be noticed and signed. See also ‘Délit’ for something more recent.

When I told my French workmates that I had discovered this song and thought it was absolutely amazing, they looked at me as though I’d just let out a string racial epithets.

Apparently Zaho, an Algerian R&B singer living in Canada, is not considered cool in France. I’m not sure why, because I haven’t been able to stop listening to her for the last week. See also ‘C’est chelou’, which is much more upbeat and R&B than ‘Je te promets’, but is equally excellent.

Sheryfa Luna is another Algerian pop singer on this list that got her start on an Idol-esque TV show. She won the competition in 2007 and has been making music since. See also ‘Il avait les mots’, which went to No.1 in France when it was released in 2008.

American-born French dancer, singer, actress, and venerable legend. I’m giving you Josephine Baker as a bonus freebie, but if you want to know more about her, look her up. I can’t do her justice in one paragraph.