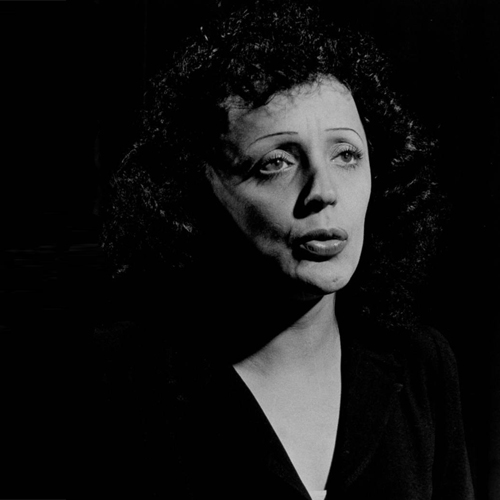 Here at Ma Vie Française™ we understand that Mondays can be a drag, so we’ll be bringing you a random selection of French musicians and French-language songs to help start your week. Because if you’re going to force yourself through a Monday, it might as well have theme music.

I was tempted to title this week’s column ‘There’s more to the 1930s and 40s than Édith Piaf’, but that seemed a bit long. Apart from Édith, here are four other talented French singers from the same era.

As ever, we’d love to hear your suggestions: share some of your favourites with the rest of the world!

http://youtu.be/0g4NiHef4Ks
This women is legendary, both in and out of France, so I’ll be completely shocked if you tell me you’ve never heard of her.

Though it’s unlikely you’ve never come across her name before, you will have definitely heard her music. Her wonderful song ‘Je ne regrette rien’ features in the American movie ‘Inception’. You will have heard ‘La vie en rose’ in any number of movies, including ‘X-Men: First Class’, ‘View from the Top’, and even ‘WALL-E’.

Real name Marie-Louise Damien, nicknamed ‘la tragédienne de la chanson’, this French singer was discovered by Félix Mayol and, according to Wikipedia, was “the most important exponent of the chanson réaliste genre until Édith Piaf came along”. This song was recorded in 1944 (during WW2) and is critical of the curfew measures and the ban on dancing imposed by the occupying forces.

There’s not much I can tell you about Félix Mayol, apart from rumours about his supposed attempts to seduce Maurice Chevalier. I also can’t tell you much about the song, apart from the fact that it’s a very cute tune and every French person I’ve showed it to has had a good chuckle at the title. I’ve yet to figure out why.

I find Fréhel quite interesting, partly because of her voice but also because of her somewhat depressing life story. She grew up on the streets of Paris, got discovered by a music-hall star, became addicted to drugs and alcohol, got married, got divorced, attempted suicide, lived abroad for ten years, then made a comeback and changed her name. Lived quite the rock ‘n’ roll life, that one did.

This song won Jean Sablon the ‘Grand Prix du Disque’, a French award that recognises outstanding achievements in recorded music. He sold millions of records around the world and according to Wikipedia is “frequently referred to as the French equivalent of America’s Bing Crosby”.

And just for fun – lets play ‘Six Degrees of Separation’!

Fréhel was married to Robert Hollard, who left her for Damia. Damia was discovered by Félix Mayol, and was usurped from her place as reigning queen of song by Édith Piaf.

Then, Fréhel started seeing Maurice Chevalier, who also left her. But he didn’t leave her for Félix Mayol, who according to rumour, tried to seduce him. Maurice left Fréhel for the wildly popular singer Mistinguett, who partnered with Jean Sablon at the Casino de Paris, which made Jean’s career.