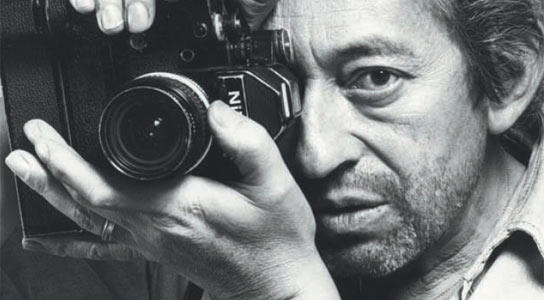 I suppose it goes without saying that Serge Gainsbourg is an infamous legend. His music is so diverse it’s difficult to actually categorise and he had a huge influence on French music and artists. But while he’s remembered for his contributions to music, he’s also remembered for his scandals. Here are five of his most provocative songs (I’d advise reading the description before watching the video, just in case you’re unfamiliar with the content).

Serge was personally affected by the war, so it’s understandable that he’d have some issues to work out. And work them out he did, in his 1975 concept album ‘Rock Around the Bunker’. But in true Gainsbourg style, the album is an upbeat, psuedo-comical take on the subject. And that upset some people.

A duet with his 13-year-old daugher Charlotte that plays on the words ‘un zeste’ and ‘inceste’. I find Serge’s antics funny most of the time, but I’m not going to lie. I find this video clip disturbing, even though I know it’s entirely fictional.

A duet with France Gall, a young French pop singer. It’s a song full of innuendo about oral fixation, if you listen hard enough. The story goes that France was completely unaware of the lollipop double entendre, and was completely horrified when she found out. I imagine Serge had a good chuckle to himself over it.

Funny title, highly suggestive song. It’s essentially a recording of two people… err… becoming intimately acquainted. It was very risqué – I’d argue that it still is – and despite being banned pretty much everywhere it managed to become bestselling hit.

The French national anthem, but with a reggae beat and a chorus consisting entirely of ‘to arms, and so on’. Some of the French took it a little badly. And when I say a little badly, I actually mean he recieved death threats over it. Personally, I think the song’s funny, but that’s probably because I’m not French and don’t have that French patriotism others do.

As always, we’d love to hear from you. Which French songs, singers and groups are in your top 5? Comment below with your suggestions!