La Parisienne Pâtés in Melbourne: more French than France itself 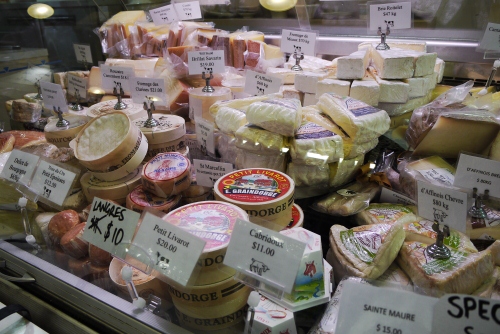 One day I went for a walk in Carlton, as one does. In the middle of the Italian precinct, I was assured, I thought, not to find anything French related. You know the legendary competition between France and Italy for which has the sexiest women, the best food and fashion, the worst unemployment rate, blah blah (ask me, I know the answers). I thought I was safe.

After half a year of Australia, I had forgotten that French determination, embodied here in this little shop, displaying a sculpture of a pig and bottles of Monin syrup in its window. Brian Eno said it, “you can actually never escape” and I was not going to resist the call of baguette or saucisson.

Homemade terrine will save your life 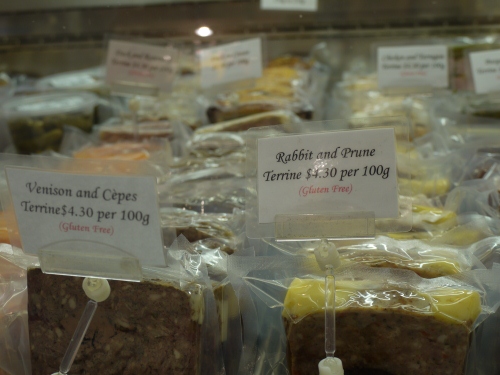 In the bright shop I had the opportunity to look at the display cases and shelves, overflowing with food. With four to five meters on each side of fresh homemade pies, condiments, vegetables in cans, cheeses, pâtés and terrines, charcuterie and cakes, I could compare La Parisienne Pâtés to a pharmacy without any trouble.

Sore throat? Get a Paris-Brest. Anxious? Pick a jar of Dijon mustard, sea salt and a can of Cassegrain ratatouille to complement your magret. Agoraphobic? Sit at their restaurant and order a French onion soup or a confit de canard. And if you’re an expat feeling homesick, a jar of Bonne Maman jam, one baguette and salted butter should put you back on your feet. 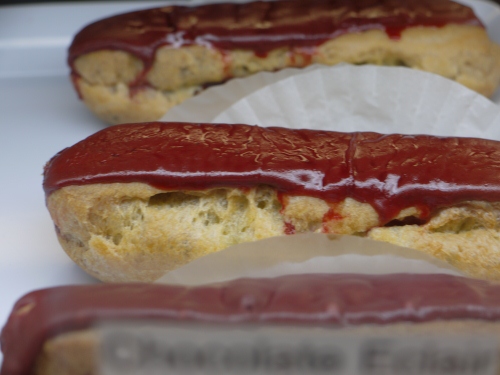 I had no need for a remedy nor was I hungry but one doesn’t need to be hungry to eat, so I looked for something simple. Pork and pistachio, lamb and rosemary terrines, cornichons, Ossau Iraty ewe cheese, bread of course, one éclair au chocolat and an Orangina. Simple, I said.

Tradition and quality in a French precinct

Sipping my Orangina, I hadn’t yet realised that a song from Notre-Dame de Paris, an awful French musical I hadn’t heard in maybe ten years, was playing in the shop bringing me back to high school. My eyes scanned again the display of cheeses, the shelves full of bottles of Monin syrup. I had never seen so many of them. 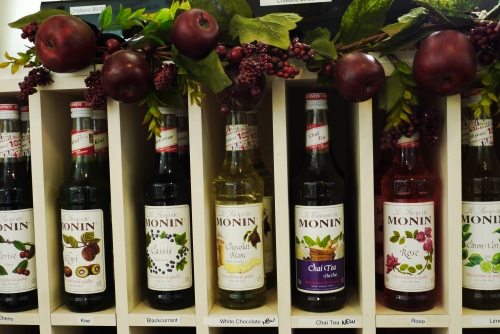 “This is the France from Amélie”, I thought. The France with the ‘à l’ancienne’ label, the Parisian France, like the homemade lemonade nobody drinks anymore.

The cans of beans and flageolets that make you bloated sold like luxury items. The homemade fresh food (apart from the cakes, the macarons and the cheeses) from the factory that has been running for fifteen years. A conservative France through a vintage and romantic lens that would live in self-sufficiency. I would not like such a country, but from the Melburnian perspective it felt relevant. On the other side of the world Europe is, as much as Australia back there, a source of fantasy and exoticism. 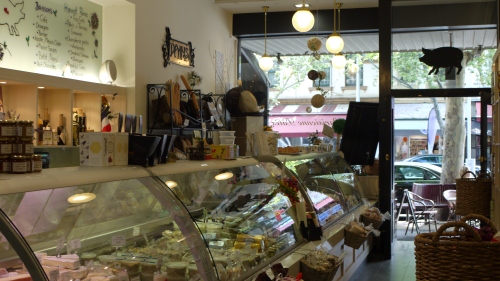 As I was leaving the shop, satisfied, the baguette under my arm, my day became special.

And it was when I sat at the table, opened the bread, cut a slice of delicious terrine and put it in my mouth, salivating, with a cornichon dripping its vinegar that I realised this fantasy was pretty damn worth it!