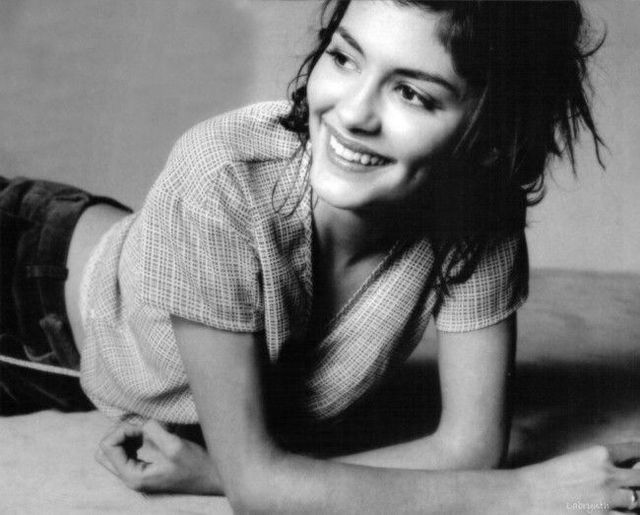 Happy Friday everyone! Ready for another French Film Friday?

Today I raise a glass to the gorgeous and talented Audrey Tautou, whose surname I can’t pronouce but whose work is never short of fantastic (seriously, is her surname pronounced tatoo? Tatow? Let me know).

Now, you’ll notice there are a few films that didn’t make this list, so before you pull out your pitchfork and assemble the townspeople, let me explain.

As I’ve said previously, ‘Amélie’ is a great film but is incredibly overexposed, so I wouldn’t be doing anyone any favours by including it. ‘L’Auberge espagnole’ (‘The Spanish Apartment’) falls into the same category as ‘Amélie’.

‘Un long dimanche de fiançailles’ (‘A Very Long Engagement’) is one of her greatest roles, but I’ve already brought it up in a previous article. And ‘The Da Vinci Code’ starred Tom Hanks, who I generally can’t stand, so while Audrey’s performance was superb the film was marred by his presence.

I know some people don’t like this movie. I am not one of them. Is it a superficial flick? I don’t think so, but I can see why one might.

‘Priceless’ tells the tale of gold-digger Irène and accidental gold-digger Jean (played by the adorable Gad Elmaleh) as they have affairs with rich people and slowly fall in love with each other. I won’t lie, I found Jean’s initial puppy dog please-love-me routine a bit much at times, but the overall movie is so funny, unapologetically amoral and romantic that I forgive him.

The life and times of Coco Chanel: beautifully filmed, beautifully acted. Now anytime I think ‘Chanel’ an image of Audrey pops into my head.

Welcome to the shady London underground, kids. Illegal immigration, organ theft, sexual abuse, blackmail, murder, and a little romance thrown in for good measure – this is a film in which Audrey plays a Turkish woman, in her first English-language role, and it is not for the faint of heart.

She gives a strong performance and shares the screen with Chiwetel Ejiofor, who some of you might recognise as ‘that guy who married Keira Knightley’ in ‘Love, Actually’. No trailer I’ve seen does this movie justice, so just take my word for it: you want to watch it.