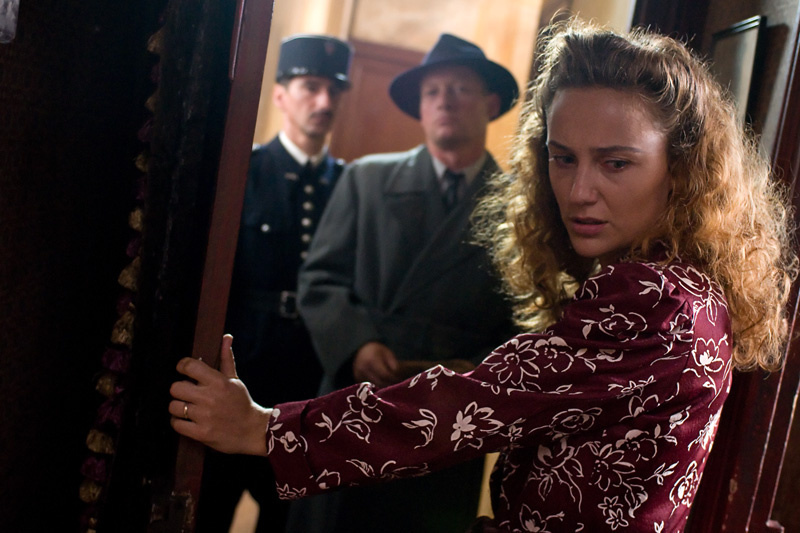 Bonjour, and welcome to another French Film Friday!

I find World War Two morbidly fascinating, so I thought I’d share some of the French films I’ve watched on the topic. It’s hard to pick out of the dozens of films, but I finally got it down to what I think are the best three.

Watching this film felt like having my lungs flattened by a ton of bricks. I couldn’t breathe or stop crying throughout most of it. (I love when movies have that effect on me.)

It’s an intense, powerful film that tells the story of a girl who locks her brother in a closet to hide him from the French police during Vel’ d’Hiv Roundup in 1942. It tells the story of both French collaborators and the French farmers who hid Jews from Vichy France authorities. It is not a happy story, but it is definitely one worth watching.

A much-lauded Louis Malle film. It tells the story of a young French collaborator – one of the first French films to explore the topic, given the taboo against anything that portrayed the French as anything but resistors.

The interesting thing about it was the titualar character’s motivation: he was bored, so tried to join the Resistance. He was denied for being too young, so went and joined the Gestapo instead. He doesn’t seem to understand the fact that there’s a very real war going on outside – most of what he does, he does on a whim or because he simply enjoys the power. I very much disliked the character, but enjoyed the film.

A French actress has an affair with a Japanese man, who reminds her of her first love, a German solider during WW2. This isn’t an easy film to watch – it’s essentially a long dialogue between the two unnamed characters, with a lot of repetition. You also never quite know if you’re in the middle of a flashback to 1945 or in 1959, when the dialogue is taking place. But it’s worth your time.

Which French films about WW2 do you enjoy watching?