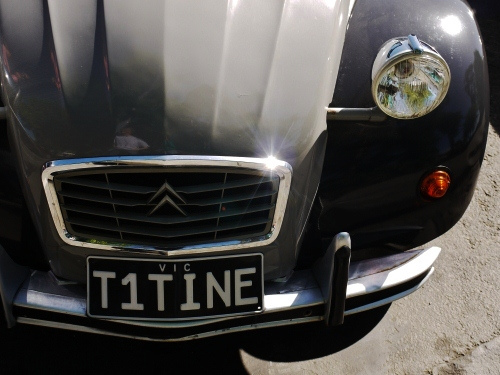 Nans is 35 but looks six years younger, he wears a blue marinière and a moustache and not only is he a baker (‘Chouquette’, on Sydney Rd, has been running for four years) but he also runs Melbourne tours in his 2CV he called T1TINE (the ‘1’ because ‘TITINE’ was already taken. Scandalous).

Scarcely 24 years old, she has an hell of an allure, T1TINE, with her shiny grey body. One Wednesday afternoon, my friend Nadège and I went on board with Nans for a trip to Williamstown. 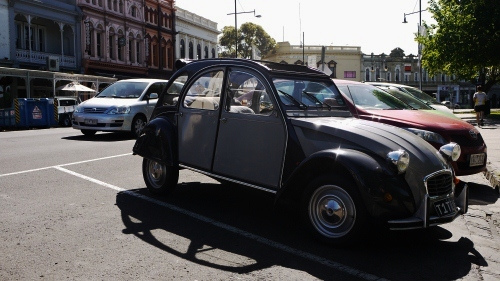 The 2CV in Australia, a matter of passion

The 2CV connoisseur in Australia, is one of a hard, true, tattooed kind. You don’t find any retailers here; each car, made in England (the wheel on the right!), has been personally imported by boat. Nans found his after a five-year continuous hunt on Ebay.

“And for the maintenance?”

“There’s a Citroën garage on Smith St. He’s got every Melbourne 2CV.”

I feel from here the Martin Scorsese-like scenes in this Citroën garage, with deals of parts and impenetrable discussions for the outsider.

“I see a red and white one in South Melbourne. And one on Smith St, which kept its French license plate.” The 2CV amateurs, they do recognize each other. “The people, they honk. The ones who know.”

Unlike shining wind-screened modern cars with minimalist interiors, the 2CV looks like a carcass, with its rudimentary mechanics and visible parts and is well known for its solidity despite its size¹. And this is part of her charm. 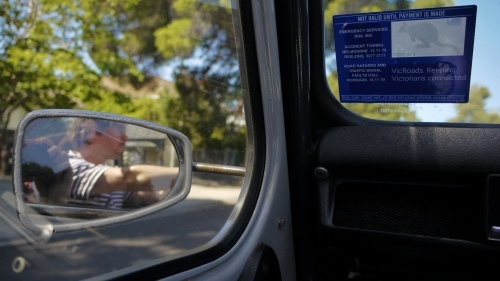 It’s exactly 3pm when Nans picks us up in Collingwood. The sun has finally decided to stick around this afternoon and we meet T1TINE half-naked, her top up. “I hadn’t yet lifted the rooftop this year.”

The motor is throbbing and we’re off to Williamstown. With the suburban Victorian houses on the sides, T1TINE clears her way amongst the possessive and arrogant 4×4 with the confidence of a cheerleader. We drive down Flemington and follow the hippodrome. The sun starts to beat down and the hair to tangle. Melbourne seems immense when we raise our eyes to the sky while driving almost as low as water level. 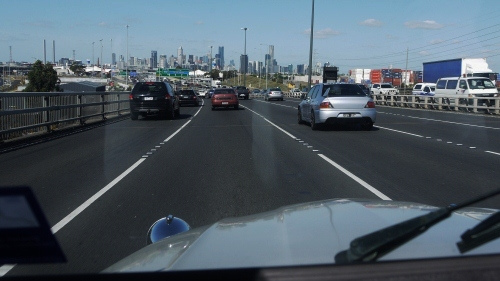 Footscray marks its territory with its imposing intestine tube-shaped train station, an old tagged doughnuts stall and the spiced smell of African restaurants. At Newport Park, we start to feel the sea and two chicks in shorts turn over smiling at us. Williamstown harbor emerges on my left. We’ve arrived.

“Do you want an ice-cream? Apparently, this is what you do in Williamstown.” Obviously.

Beyond the Westgate Bridge 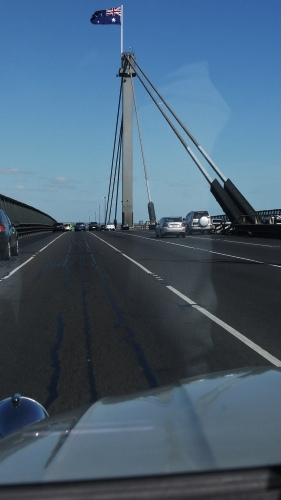 After a hazelnut ice-cream on the jetty, we head back. Nans, feeling adventurous, decides to cross the Westgate Bridge. T1TINE becomes nervous and reactive. The wind slaps our faces, the smell of gasoline bites our noses and the noise of the engine deafens us; the driving sensations are increased tenfold, we’re almost about to take off. As Nans specifies, driving a deuche, “this is piloting. You’re not gonna throw up huh?”

We’re safe and sound in Collingwood, the heart beating, as if injected with adrenaline.

Have you decided to hit the road? Nans is easy, he goes wherever you want for a few hours (except maybe in Alice Springs) and can be reached by phone : 0404 231 608 or email.
____
Note:
1. While leaving Flemington, Nans tells me that 2CV raids in the Australian desert were organized every four years. The next one will take place in 2016 and will follow the Byron Bay-Broome road.