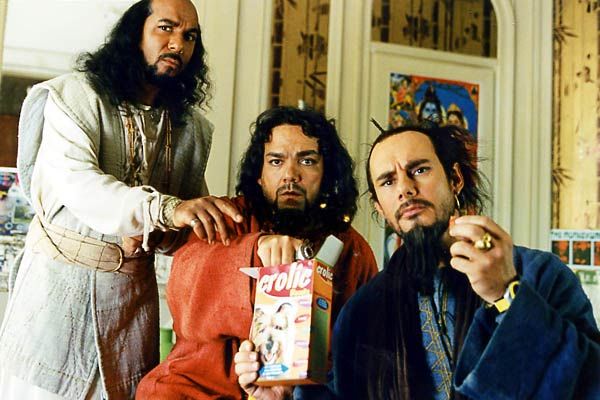 Welcome back to French Film Monday!

Now I’ve never spent Christmas in France, so I’m not entirely sure what television programming looks like at that time of year. Here in Oz we get absolutely inundated with Chritmas movies – the religious, the uplifting, the funny and the moralistic. In fact, certain movies are played every single year – I must have watched ‘Miracle on 34th Street’ (the 1994 version) at least 16 times. So I’m not sure how overplayed these films are, but if you haven’t watched them, give them a try this holiday season.

Christmas seems to be the ideal time for dysfunctional, warring families to get together and realise that deep down they all love each other. It’s tempting to write ‘and blah blah blah’ after that sentence, but I haven’t because despite the premise sounding clichéd and overdone, this film really is one worth watching. Catherine Deneuve stars as the dying-of-cancer matriarch of the messed-up family, and she’s brilliant.

Set in World War One, this is the tale of the December 1914 truce called by trench soliders of the French, Scottish and German armies. Based on a true story, though undoubtedly dramatised for the big screen, it’s a heartwarming film. Bring tissues.

I caught this film on SBS while randomly flipping through the channels one night. It’s the tale of the three Magi who, by a strange twist of the time-space continuum, end up in modern-day France. They try to fit in to modern society (and become celebrities!) while still looking for baby Jesus. Hilarity ensues.